They weren’t alive during the Blizzard of 1978, but each year a particular group of New Englanders is reminded of the storm’s significance to their existence.

They are the “blizzard babies” — those who arrived in the world nine months after the storm forced their parents to stay cooped up indoors for days.

It’s a badge they wear with pride.

When Boston.com asked people to share their memories ahead of the 40th anniversary of the historic storm that battered New England on Feb. 6 and 7, numerous Facebook users shared this association with the storm.

“I was conceived during the Blizzard of 78!” Danielle Grassia wrote.

“Was being conceived during the blizzard thanks mom & dad for keeping each other warm and occupied,” SweetPea Smith wrote on Facebook. “I know tmi but it’s funny.” 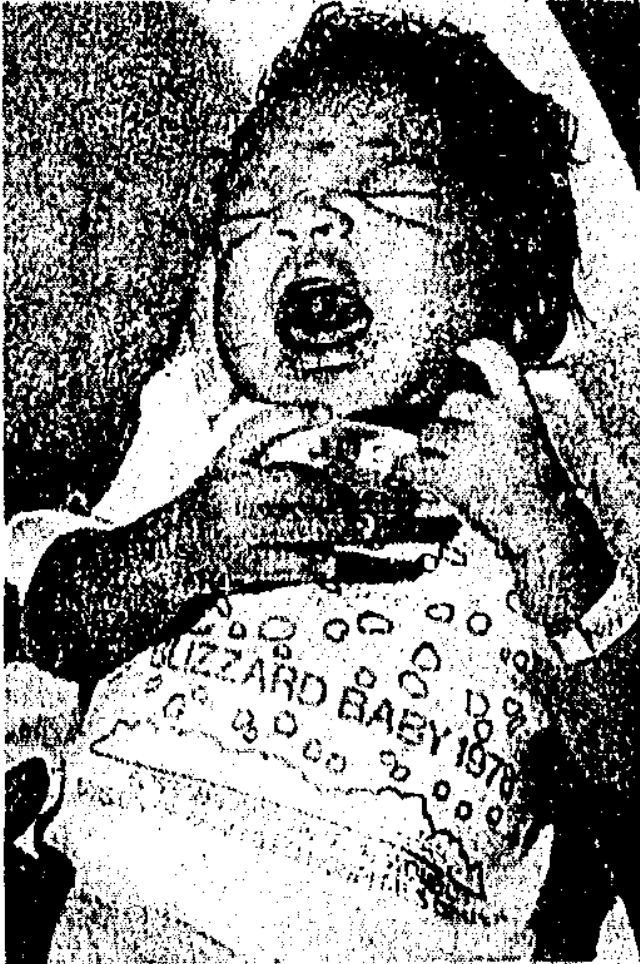 Lindsay Lane of Jamaica Plain, born at Boston Hospital for Women in November 1978, wears his “Blizzard Baby” T-shirt from the hospital.

According to The Boston Globe, which has written about the unique population several times over the years, state data shows that the number of births actually “dropped markedly” around the due date for babies (Nov. 13, 1978) who would have been conceived at the time of the blizzard. In fact, nine months after the storm bombarded the region forcing New Englanders inside, there was a “baby bust,” according to the newspaper.

Nevertheless, the hype over the arrival of blizzard babies began in November 1978.

The Globe reported that month that every newborn leaving the Boston Hospital for Women was being given a T-shirt decorated with the words “Blizzard Baby 1978.” Bets were also being placed in the hospital’s corridors on whether or not a bumper crop of newborns would appear that month.

According to the Globe, the nurses at the time were certain there would be a flood of new Bostonians, which had hospital officials “a bit edgy”:

When the Blizzard of the Century last Feb. 6 combines with the arrival of the full moon some 9 months later, at 303 a.m. on Nov. 14, they say “all hell is going to break loose in the delivery rooms.” Between today and the day of the full moon, they say, they’ll be knee-deep in babies.

One delivery room nurse has scheduled a two-week vacation for the end of the month because she is sure she’ll be ready to drop with exhaustion by then.

Regardless of the actual numbers, blizzard babies — and their parents — aren’t shy about their connection to the storm.

“When you’re stuck in an apartment with your husband and no heat, well you better believe you do something for warmth,” a woman who had a baby at the hospital told the Globe at the time.

Jim Healy, father of a blizzard baby, told the newspaper in 2008 that the Blizzard of 1978 resulted in a cozy week with his wife, Helen, when they couldn’t go outside, let alone work.

“Like everybody else, we stayed home. And did things,” he said. 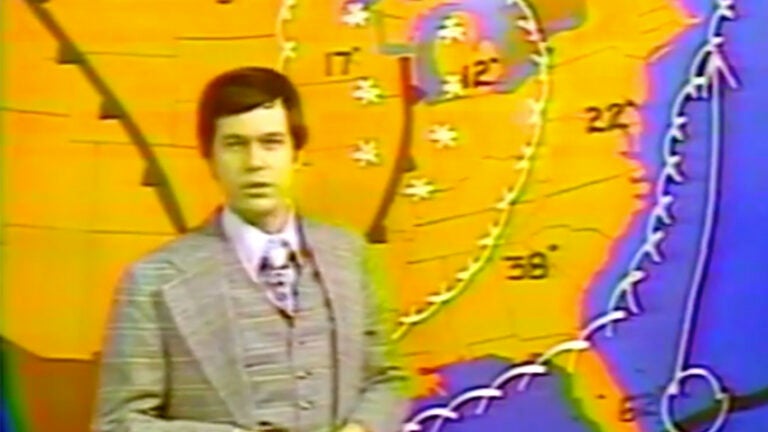