Six people were arrested and 12 were transported to hospitals as approximately 2,000 people gathered in a large, chaotic group on the University of Massachusetts Amherst campus Sunday night after the Patriots’ 41-33 Super Bowl loss to the Philadelphia Eagles, according to a university spokesperson.

The gathering was so large, officers used pepper spray to disperse the crowd and State Police troopers in riot gear were called in to help, officials said.

The crowd control measures came after campus police reported that fights had broken out in the Southwest residential area after the game ended, and that people had set off firecrackers and smoke bombs and were throwing objects, according to a UMass statement.

Late Sunday, university spokesman Edward F. Blaguszewski said there was “certainly a gathering,’’ but did not call it a riot. In an e-mailed statement sent early Monday, he said cases were still being processed and he did not know if the people arrested and injured were students.

One video tweeted by The Massachusetts Daily Collegian, the school’s independent student newspaper, showed dozens of chanting students gathered around what appeared to be a fire as officers tried to disperse the crowd.

Officials could be heard telling those gathered, “You are all subject to arrest,’’ in between ordering students to go indoors.

More than a dozen State Police officers in riot gear and at least three officers atop police horses could be seen in the video.

State Police spokesman Dave Procopio said troopers assisted at the school in Amherst, as well as in Dartmouth and Boston.

“Basically crowd control and traffic control,’’ Procopio said in a phone call early Monday. “The loss probably tamped down a lot of activity that we would have seen.’’

Amherst police were also at the scene, according to Blaguszewski’s statement.

In other photos posted on Twitter, UMass police could be seen putting handcuffs on at least one male.

Caroline O’Connor, a UMass senior and photo editor of the school’s student paper, was taking pictures of the calamitous crowd Sunday night.

“It seemed like there were hundreds of [students], and they were screaming,’’ O’Connor said.

She said she saw police in riot gear arrest a young man who had tipped over a trash can, dumped it out, and threw it.

“Toilet paper was being thrown,’’ she said, “people were climbing poles and throwing alcohol; beer cans, that kind of stuff.’’

Students set off fireworks and threw beer cans at some of the dormitory buildings, she said.

In the statement, Blaguszewski said campus police are “proceeding with criminal charges and the university will also initiate a prompt review of the matter under its student conduct process as appropriate.’’

In 2012, police dispersed about 1,500 students with smoke grenades after the Patriots lost the Super Bowl to the New York Giants. 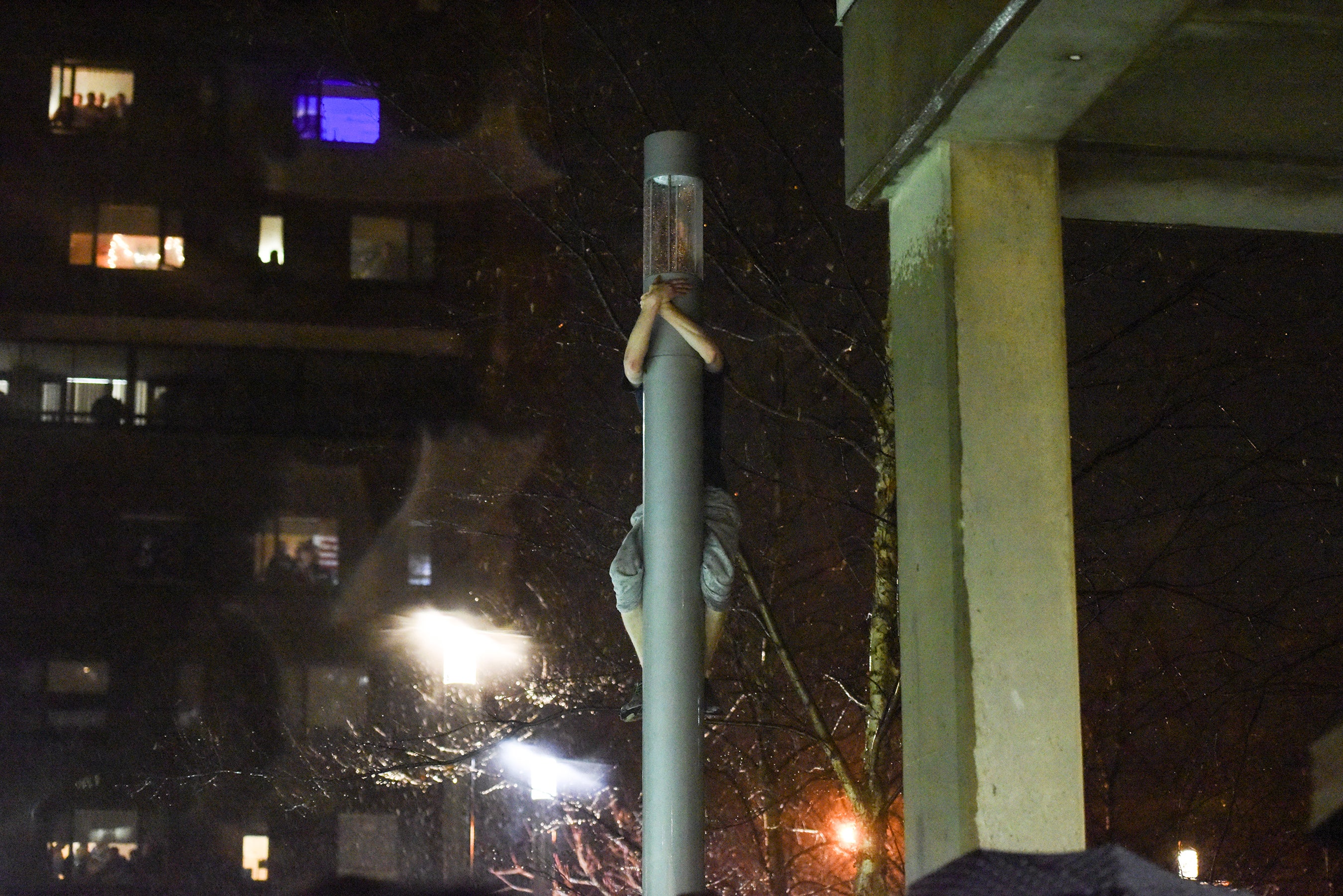 A person climbed a pole at UMass Amherst. 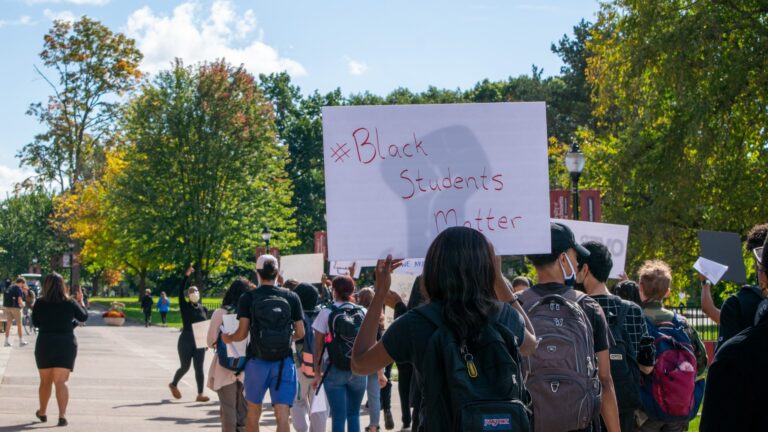