Authorities say a 24-year-old Needham man stabbed his girlfriend to death Saturday in the apartment they shared before going to a Millis restaurant where his family was gathered and attacking his mother and father with a knife, allegedly yelling, “I’m going to kill you all,” when he was taken into custody.

Benjamin Walsh pleaded not guilty Monday to the charges against him, which include murder, armed assault with intent to murder, assault and battery with a dangerous weapon, and resisting arrest, according to the Norfolk District Attorney’s office.

The Needham man — both arms handcuffed to his hospital bed — was arraigned at Milford Hospital, according to The Boston Globe.

Here’s what we know about the alleged crimes that have rocked the towns of Needham and Millis, their timeline, and the man who is accused of killing his 20-year-old girlfriend and stabbing his parents.

The alleged crimes and timeline 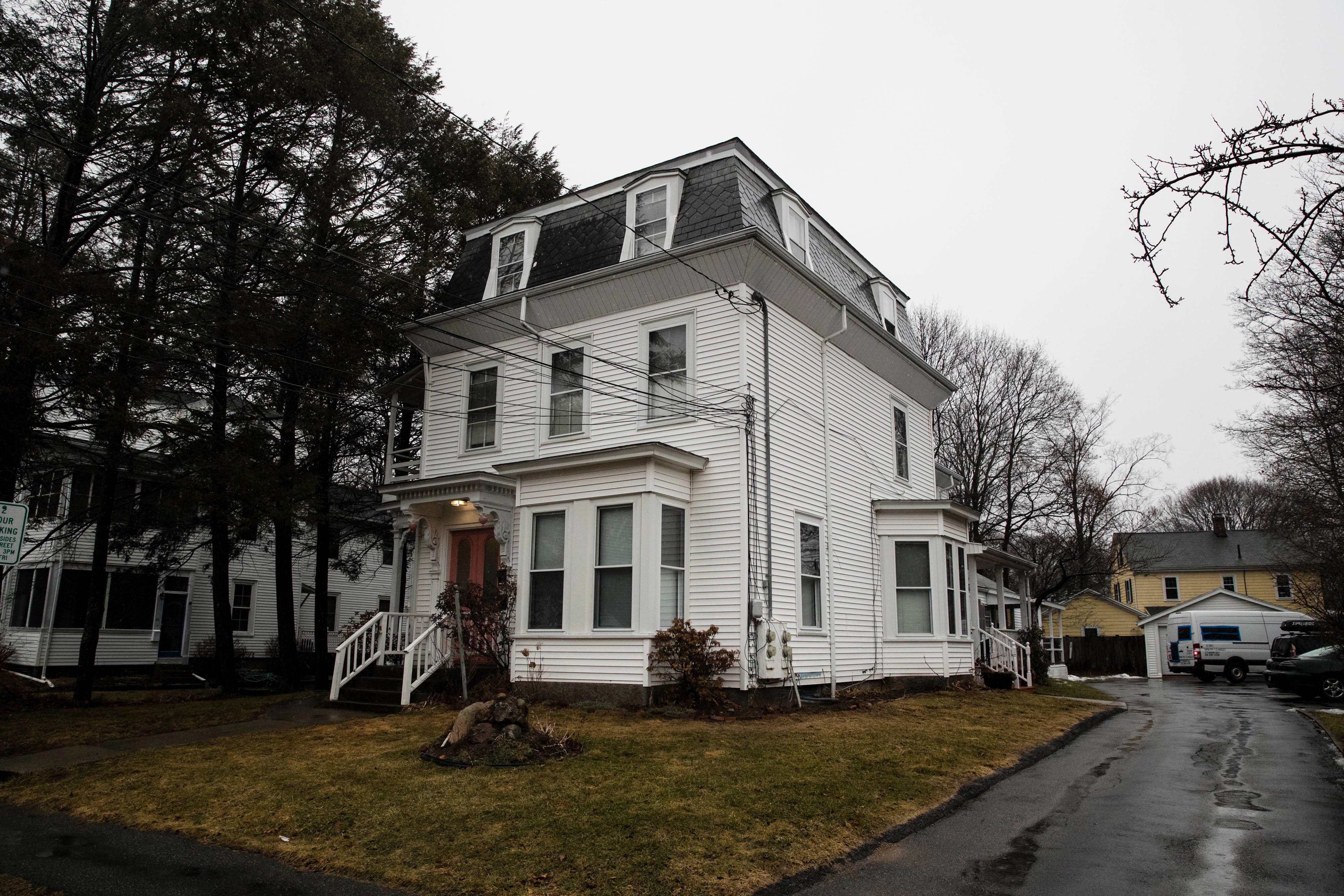 Olivia Bergstrom was found dead in the third-floor Needham apartment she shared with Walsh.

Millis police received a call just after 7 p.m. Saturday for a disturbance at Primavera, an Italian restaurant in town, according to the Norfolk District Attorney’s office.

Responding officers arrived at the restaurant to find a Jeep left running, parked near the front of the restaurant with the driver’s side door open, according to court documents.

Inside, officers saw a woman lying on the ground, later identified as Walsh’s mother, Laura, surrounded by three or four other people attempting to staunch bleeding from her stomach with banquet linens. Four or five men were restraining her 24-year-old son on the ground.

Witnesses told officers that Laura Walsh and her husband, Michael Walsh, were gathered with other family members and friends for a birthday celebration when their son arrived, yelling profanities and carrying a knife, according to the documents. The 24-year-old allegedly lunged at his mother, stabbing her in the abdomen.

Michael Walsh told the Globe he tried to take the knife away from his son and that he and several other men subdued the young man until the police arrived.

According to court documents, officers observed in the restaurant that Benjamin Walsh was not wearing shoes, “appeared to be filthy,” and his hands were covered in blood. While he was being taken into custody police say the 24-year-old repeated over and over, “I’m going to kill everyone,” and, “I will kill you.”

According to court documents, several people at the restaurant expressed concern about the wellbeing of Walsh’s girlfriend, Olivia Bergstrom, with whom he lived in nearby Needham.

Needham police were contacted, and officers doing a wellbeing check at the couple’s Marshall Street apartment found her body, according to the DA’s office.

According to the Globe, police discovered the 20-year-old’s body jammed behind the front door of the third-floor apartment, while blood was found in the kitchen, on the floors, walls, and stairwell. She was clothed only in boxer shorts and had been stabbed more than 20 times, including 13 times in the back, the Globe reports.

Blood was also found on the steering wheel, ignition, and keys of the 24-year-old’s Jeep, in which police also found two knives, according to the Globe.

A third knife was handed to officers in Millis, wrapped in banquet linens, by Primavera owner Jerry Gaita, who told police he found it on the floor inside the restaurant, according to court documents.

According to MassLive, a relative said Walsh texted his mother an hour before he arrived at the restaurant saying he needed to talk, but she did not respond.

Millis Police Chief Christopher Soffayer said Sunday in a press conference that Walsh’s parents are “lifelong” residents of the town.

“They’ve been held in high regard throughout the community,” he said.

According to the Globe, Laura Walsh, 54, remains hospitalized in serious condition, while her 54-year-old husband was treated and released.

Michael Walsh called his son’s assault and Bergstrom’s death a “nightmare” in an interview with the Globe.

“I know when Ben realized what he did last night he would be devastated,” he told the newspaper on Sunday after he was released from the hospital.

Primavera posted a statement on its Facebook page Sunday morning.

Our thoughts and prayers go out to all the families affected 🙏

Bergstrom and Walsh had been living in Needham together for about six months, according to the Globe.

Bergstrom had worked at the juice bar Cocobeet in Wellesley for about six months and was a former student of Wentworth Institute of Technology, the newspaper reports.

Devastated does not even begin to describe how we feel about losing our Olivia. Olivia was a smart, vibrant, beautiful young woman with a bright future ahead of her. She was a beloved daughter, sister, granddaughter, niece, and friend. Olivia was a lover of animals who never met a horse she couldn’t win over. She was passionate about living a healthy life. She had a dog named Scarlett. She loved her family fiercely.

Our hearts are broken at the thought of Olivia not being in our lives, taken from us and her future in a way we cannot comprehend. We know her spirit remains with us and we will do everything in our power to keep her memory alive and celebrate the short time we had the privilege of having her in our lives. We ask for our privacy and your respect at this time as our family begins the long journey of rebuilding our lives.

According to court documents, Walsh sustained a minor laceration to his right hand and was transported to Milford Hospital Saturday night after he was arrested for physical and psychological evaluation.

Millis police said they’d had “no previous interactions” with Walsh’s parents or the 24-year-old while he was living in town.

Needham Police Chief John Schlittler likewise said Sunday in a press conference that his department hadn’t had prior contact with either Walsh or Bergstrom.

“They’ve been here for a short period of time, and we have not had any previous interactions with them,” he said.

According to his Facebook page, the young man worked as a landscaper for Earle B. Mosher, Inc., in Wellesley and studied computer science at Massachusetts Bay Community College.

Michael Walsh told the Globe his son struggled with mental health issues and substance abuse. He said he and his wife had a good relationship with their son and that they were doing “the best they can” to help their son and were “very engaged with medical professionals.”

Benjamin Walsh pleaded not guilty to the murder charge out of Dedham District Court. Out of Wrentham District Court, he pleaded not guilty to the charges related to incident at the Primavera restaurant in Millis. He is facing two counts of armed assault with intent to murder, two counts of assault and battery with a dangerous weapon, and one count of resisting arrest related to his alleged actions at the restaurant.

According to the Globe, Walsh wept during his arraignment as a prosecutor described the scene at his apartment and the discovery of his girlfriend’s body.

His attorney, Randall K. Power, told reporters Monday that a “significant mental issue” appeared to have played a role in the attack, adding that violence seemed to be “an aberration” from his normal behavior.

“I don’t think tragedy describes what happened — it’s way beyond that,” Power said after the arraignment. “His mental health — or lack thereof — is going to be a major issue as this case proceeds in a court of law.”

According to the Globe, a relative told police Walsh had been in and out of McLean Hospital and had checked himself out of the psychiatric facility on Thursday.

A neighbor told the newspaper he recalled seeing Walsh outside on cold mornings starting Bergstrom’s car for her.

“I don’t know how or why it happened,” Nick Coleman told the Globe. “They looked pretty happy.” 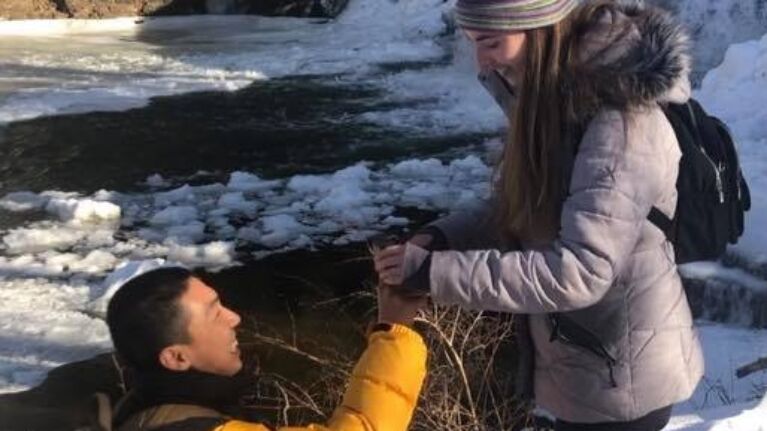