The outside of the 19th century African Meeting House on Nantucket was spray-painted with racist and sexually explicit slurs over the weekend, police said.

Officers gathered evidence before dozens of community members and public works employees scrubbed the spray paint off of the front door on Sunday morning.

The director of the meeting house, Charity-Grace Mofsen, told the Cape Cod Times that she “broke down” when she saw the graffiti.

Nantucket Police Chief William Pittman called the vandalism “a senseless crime,” and said it appeared to be “a hate crime directed at persons of color.”

“I think this speaks to broader hate and the white supremacist resurgence across the nation,” Cyr said.

Mofsen said if she had an opportunity to speak with whoever was responsible, she would invite them inside of the building to show them the rich history of Africans-Americans on Nantucket.

The building was constructed around 1827 and a restoration of the meeting House was completed in 1999.

In a Facebook post, Mofsen wrote, “NO. Not here. Not now. If you’re one of those who think this stuff doesn’t happen, open your eyes!”

Police have increased patrols around the site and are asking anyone with information about the vandalism to come forward. 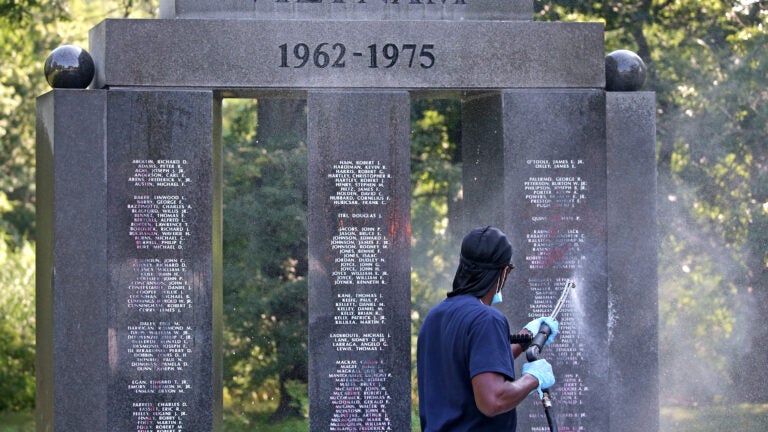