Hundreds of thousands of people marched in cities around the country on Saturday in support of gun control, more than a month after 17 people were killed in a shooting at Marjory Stoneman Douglas High School in Parkland, Florida. The march in Boston drew thousands of protesters to Boston Common.

Here are some of the most poignant signs that marchers held at Boston’s “March for Our Lives” rally: 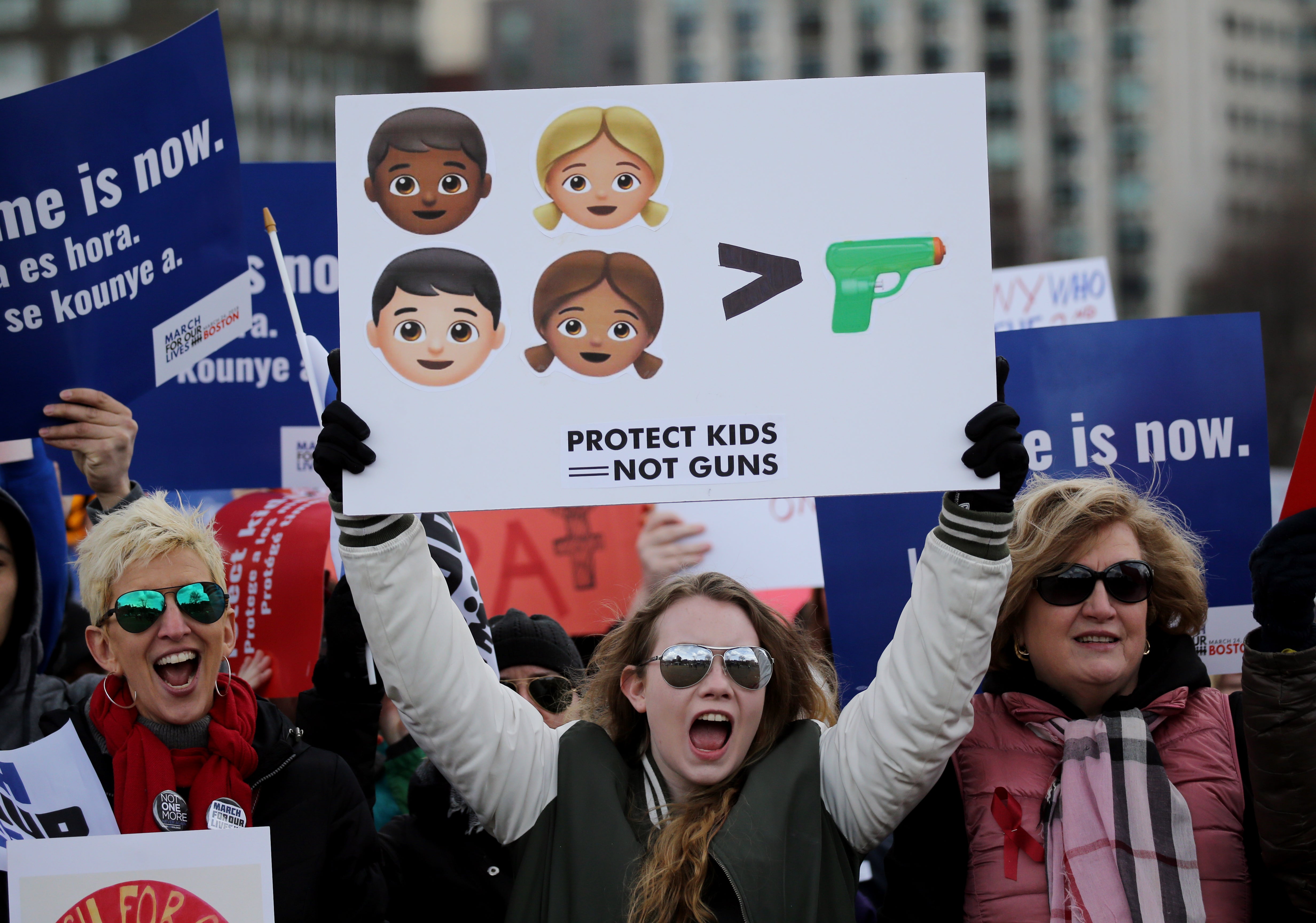 Supporters cheer as the marchers arrive during the March for Our Lives rally at Boston Common. 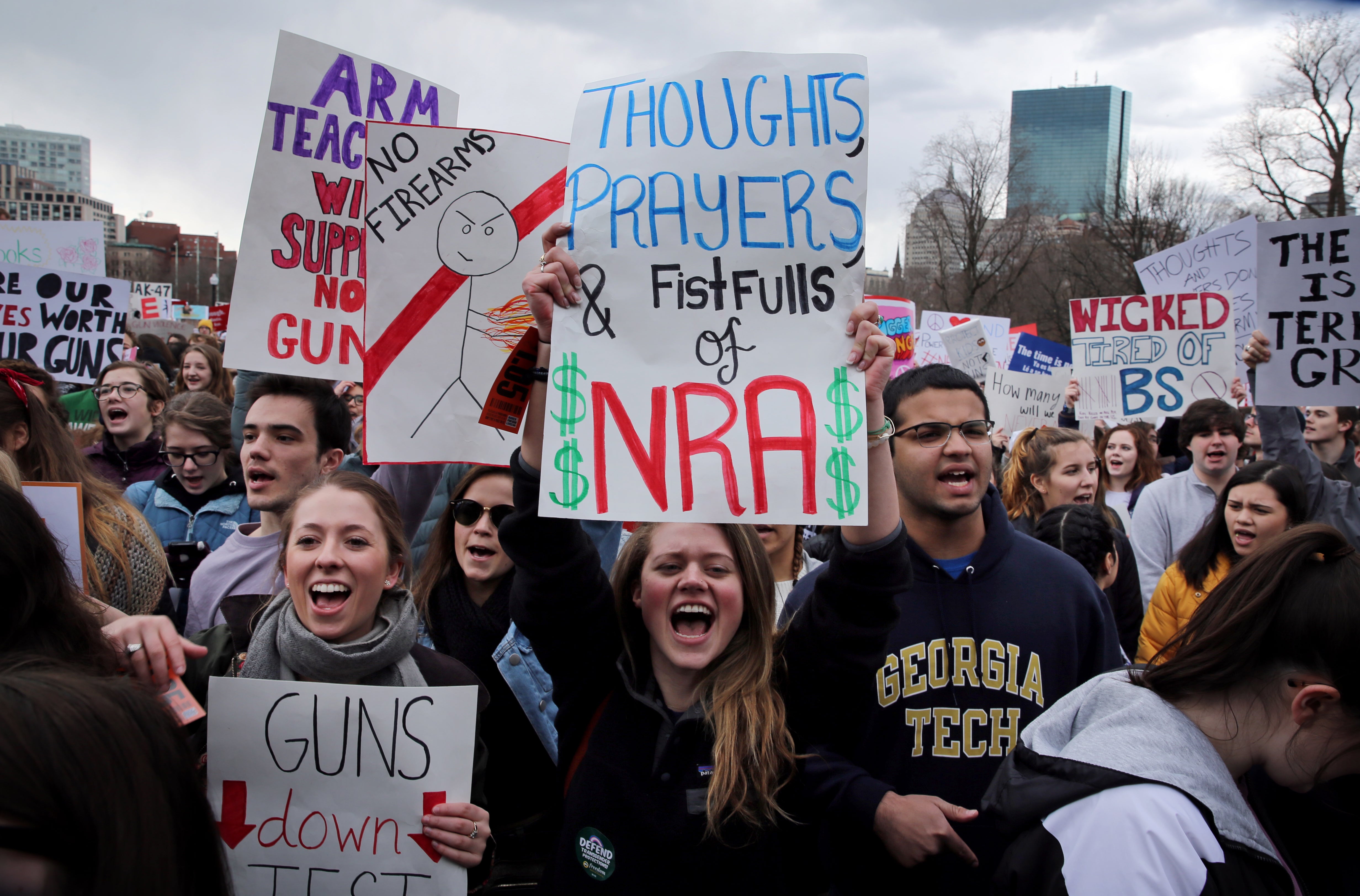 Jessica Dumas cheered as she arrived with marchers for the March for Our Lives rally in Boston. 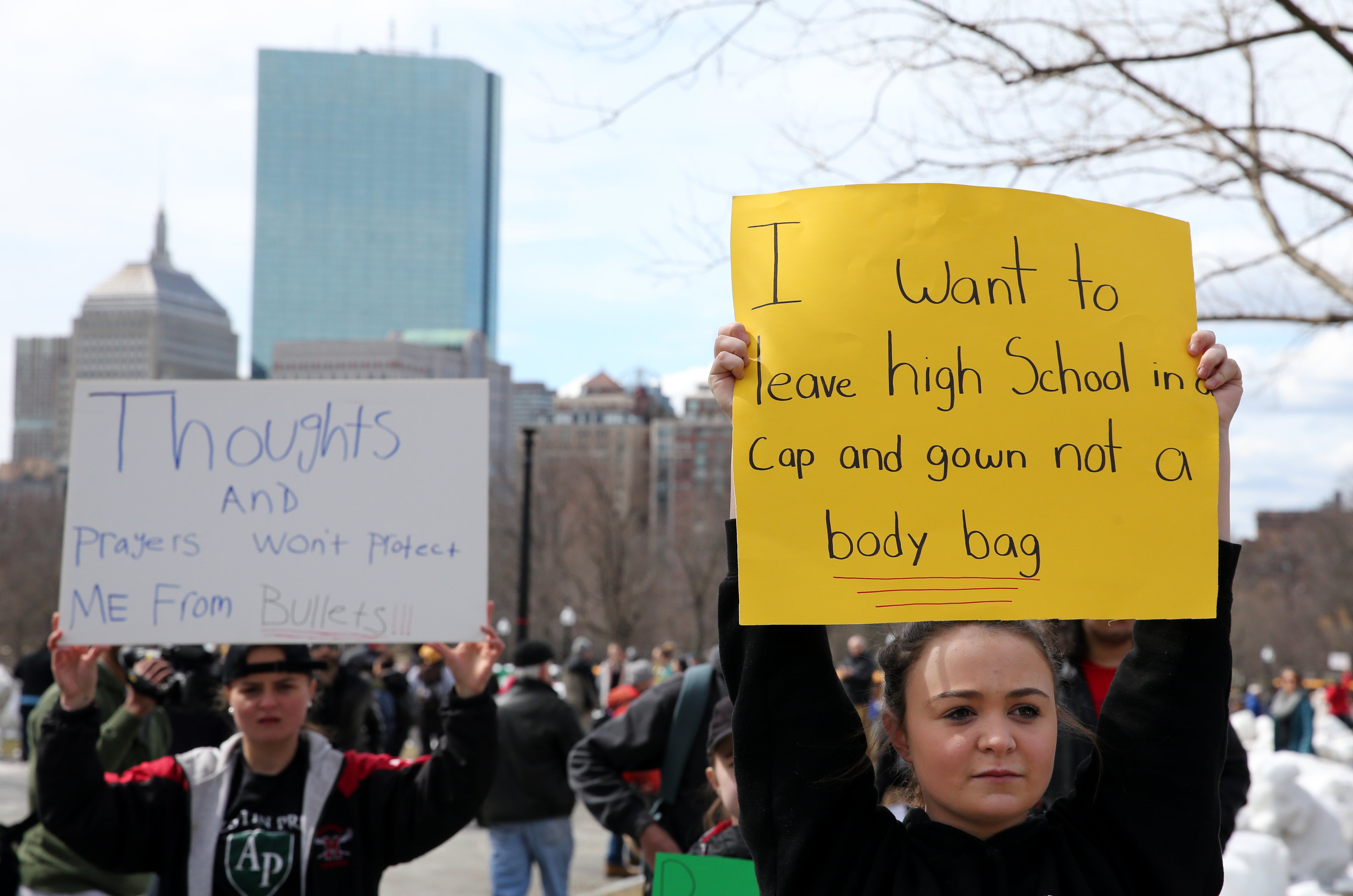 Fiona Doyle, 15, right, and her sister Maggie, 17, (both Melrose High School students) display signs to counter demonstrators during the March for Our Lives rally.

A woman holds a sign on Columbus Avenue as marchers make their way to Boston Common. 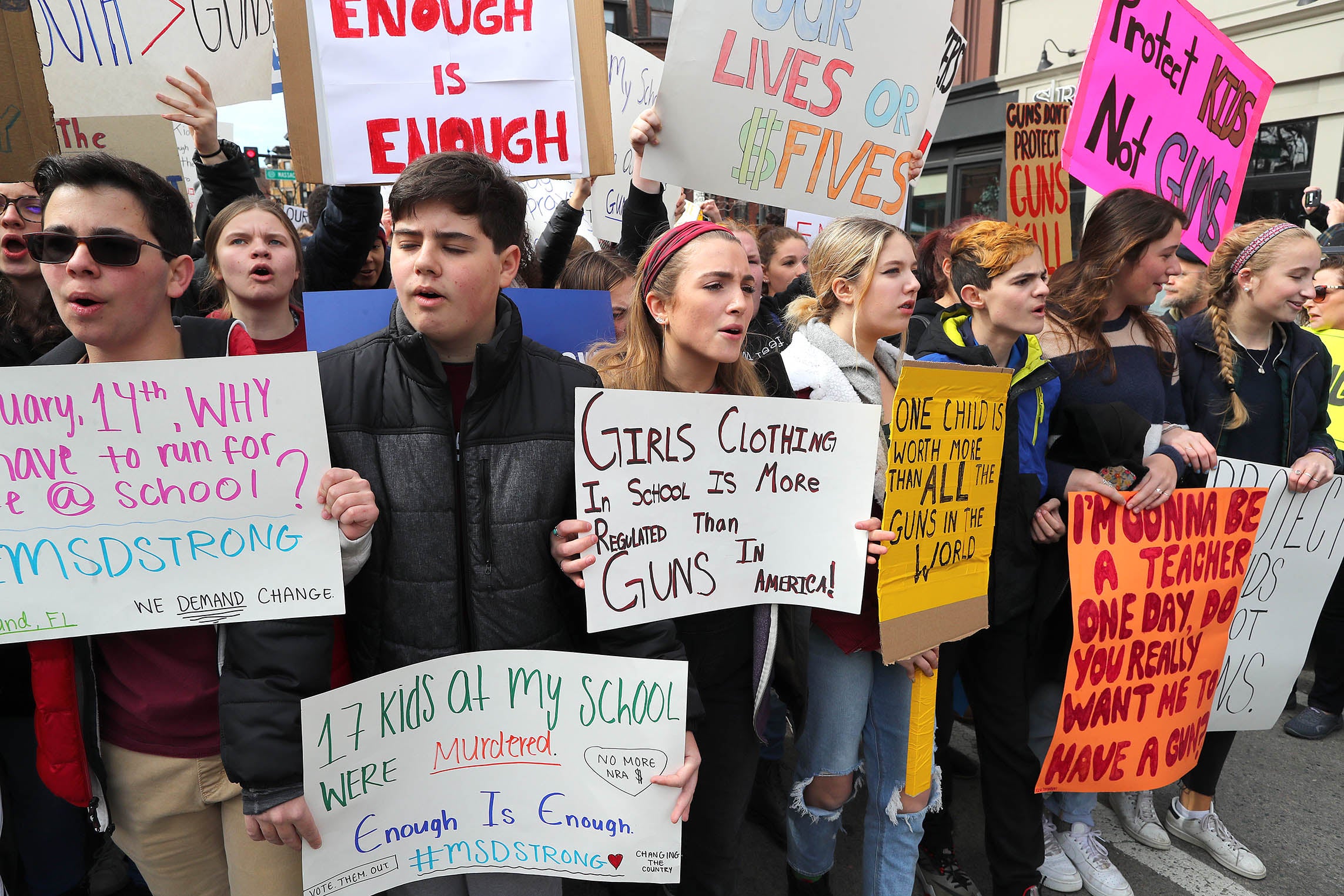 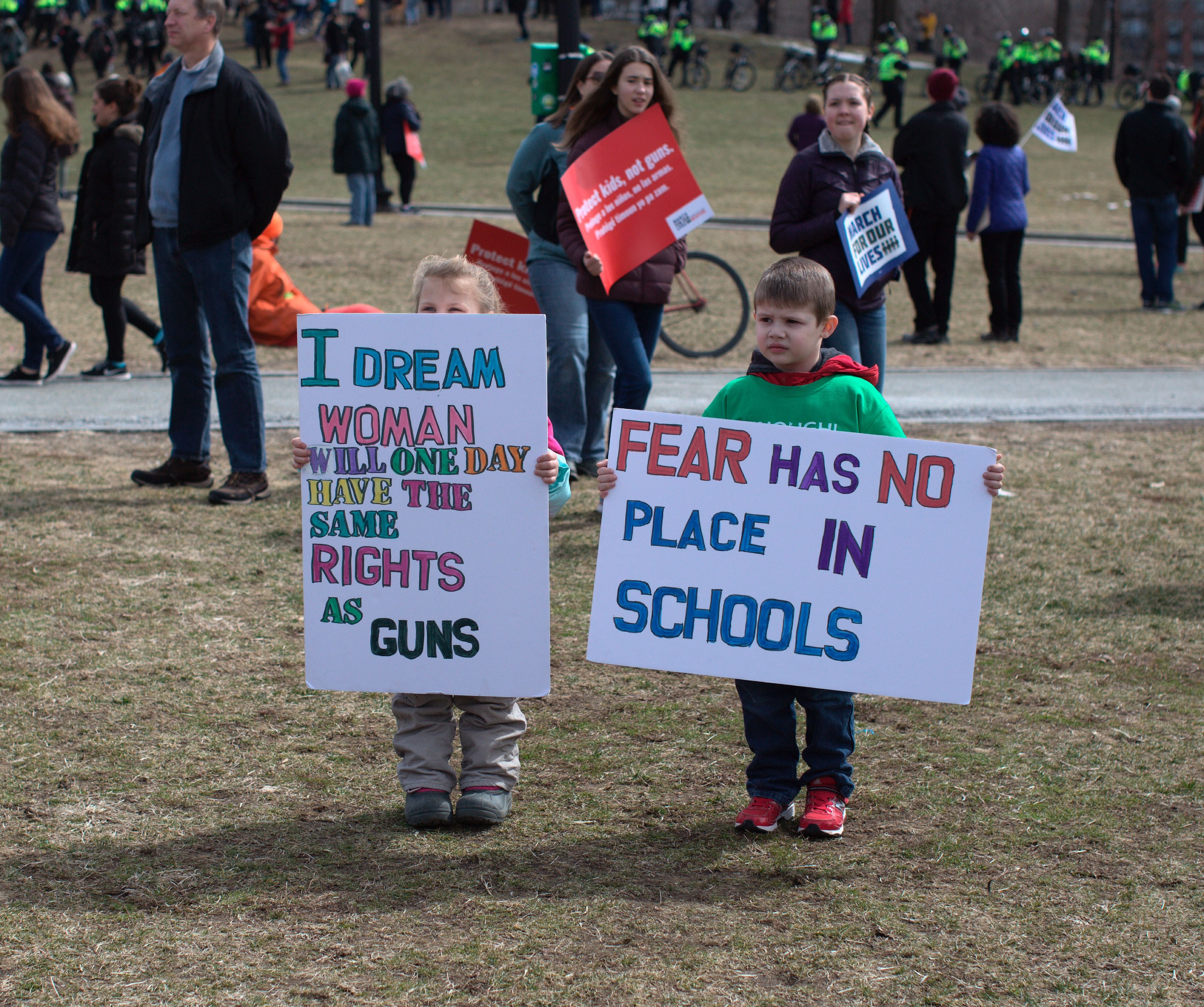 Young children hold signs on the Boston Common while taking part in the Boston “March For Our Lives.” 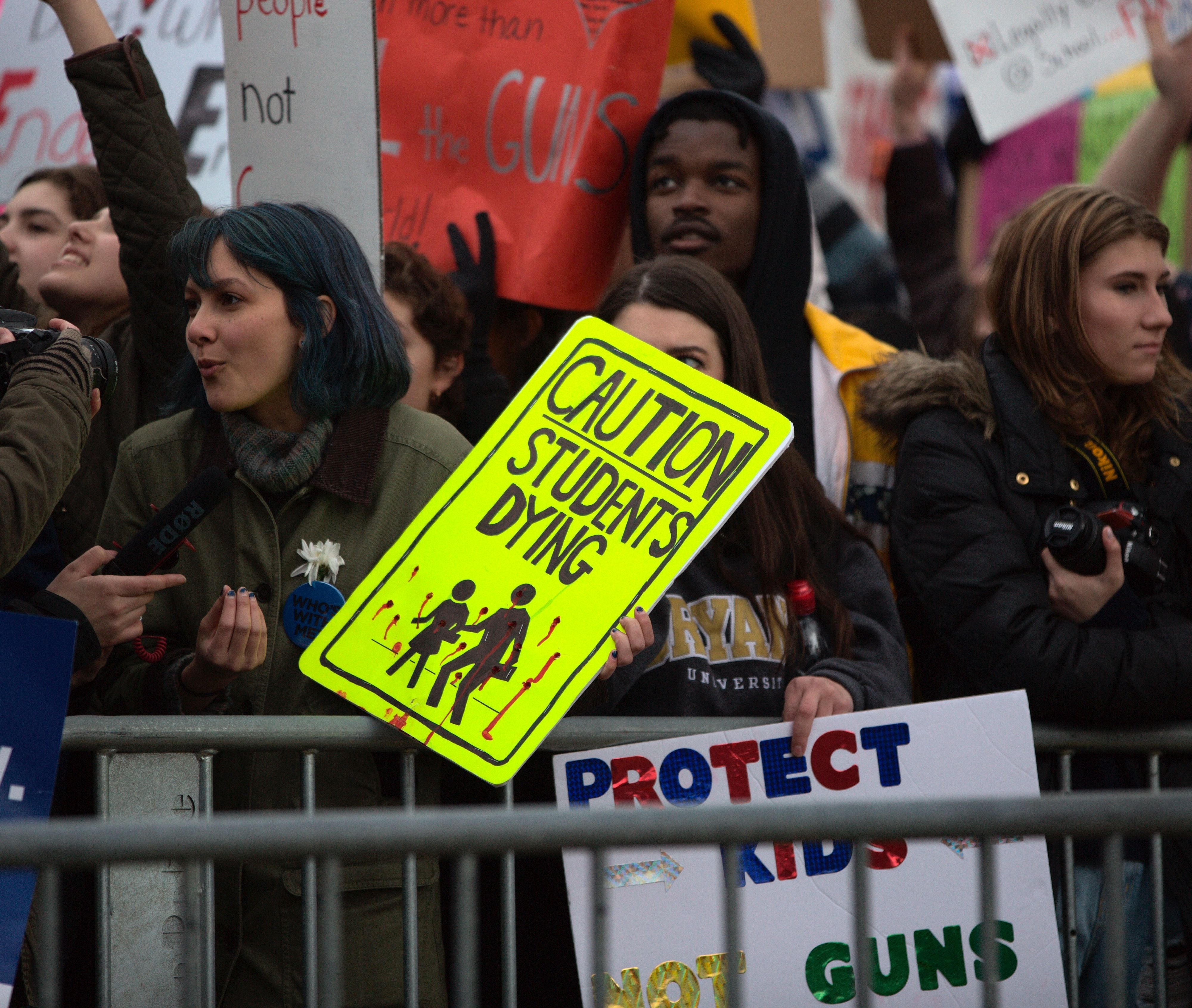 Students throughout the country are marching in an effort to raise awareness of the gun violence and for stricter gun control in the wake of the shooting at the Marjory Stoneman Douglas High School in Parkland, Florida. 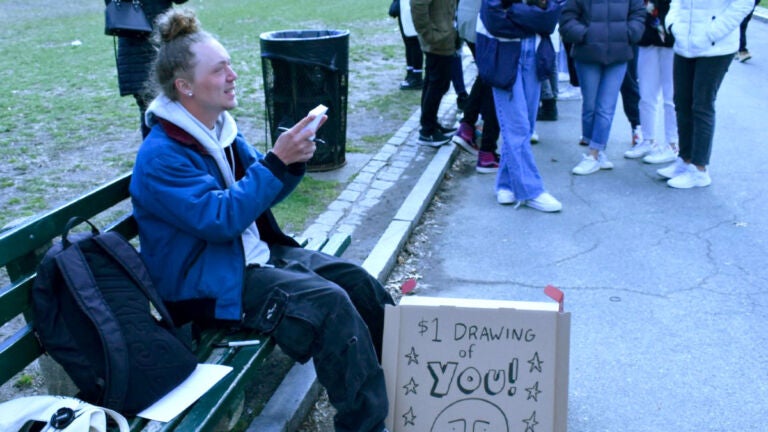