HAMPTON, N.H. (AP) — Peter Egelston was pained to watch Smuttynose Brewing Co., the craft brewery he launched 24 years ago, taken from his hands at a foreclosure auction March 9. He shed a tear as he watched bids for Smuttynose and its $24 million facility, a brewing palace in Hampton, drop from $10 million to $6 million.

No one expected the bids to drop so low that The Provident Bank would need to buy it back with a protective $8.25 million bid, said Egelston, not even the bankers. He stood at the side of the auction inside the brewery with his partner Joanne Francis.

“This was my life’s work,” Egelston said. “It was tough to see it up on the block, and it was especially tough to see the bids stall where it did. It’s hard not to take that a little bit personally.”

The weeks since the auction have been tough for Egelston and Francis, who announced the foreclosure sale in January following financial struggles brought on by changes in the craft brewing industry.

But the purchase of Smuttynose by a group of North Hampton investors, Runnymede Investments, has Egelston hopeful the brand will turn around. Now at the helm as CEO is former Boston Beer Co. CFO Rich Lindsay, a longtime beer executive Egelston trusts has the strong sense of numbers and relationship-building skills needed for success in the industry.

“What was a pretty significant setback for Joanne and me personally certainly opened up an opportunity for investors to come in and get a great deal on a great company, and I’m happy somebody did,” said Egelston, who for now remains president of the company.

Runnymede’s purchase was announced a week after the auction, its owners stating they hope to keep Smuttynose alive as a New Hampshire staple. Lindsay and Egelston said changes will hopefully include the introduction of new products, but the brand will stay much the same.

That brand, they said, has continued to hold a fan base despite the financial struggles. Lindsay said the brand’s recognizable artwork, from the two old geezers on the Finestkind IPA label to the image of Egelston’s late weinheimer Olive on the Old Brown Dog bottle, will remain.

As news of the sale spread, Lindsay said frustrated Smuttynose fans sent pictures of their favorite beers in their cases, showing the brand “means something to them.”

“That was not the thing that put us off on our pins, the brand itself,” Egelston said. “Through thick and thin, that… has been our strong suit.”

Egelston is excited by the prospect of ramping up production of new products, which became difficult in recent years due to the financial difficulties. He said the company started curtailing new releases about a year ago, focusing on company standouts as it tightened spending.

“That’s always been an important part of what we’ve done, is kind of having a rhythm of new beer releases coming out into the market,” he said. “It’s just one of the things we’ve all missed.”

What new types of beers could be introduced, Lindsay said, is hard to say. Smuttynose already covers the spectrum of beers, he said, including year-round IPAs, lagers and porters as well as seasonal brews like its Oktoberfest and its cherry and plum flavored Smistletoe.

Egelston said the brewery has a sizeable back catalogue of discontinued beers he suspects would be more successful if released today. He recalled the cherry-flavored Hanami Ale, a sour that was not a big seller when released around 2004. Sours have since become increasingly popular, he said.

“That’s the first one I always think about when I think about a beer that was before it’s time,” Egelston said. “Maybe someday we’ll take another swing at it.”

Putting Smuttynose beer in cans was listed as a priority by Lindsay the day Runnymede was announced as the buyer, though products will still be sold in bottles as well. Lindsay said Smuttynose’s core beers will be on store shelves in 60 to 90 days, the brewery first using a portable canning system before installing its own in-house canning operation several months down the road. The permanent canning line will be capable of filling 250 cans per minute, though Lindsay and Egelston said the line will most likely operate at a speed of 175 to 180 cans per minute.

Lindsay said more sales representatives will be hired to improve the brand’s presence in markets where Smuttynose relies on wholesalers to push its beer alongside numerous other brands.

He said holding more events on Smuttynose’s 13-acre campus, which he called a “beautiful piece of property,” could also generate revenue. The campus includes Hayseed Restaurant.

“I think there’s a lot of opportunity to get the community engaged, for people to experience the brand,” Lindsay said.

Egelston has been praised for helping lay the groundwork for the craft beer industry in New Hampshire. Many Seacoast brewers say they got their start at Smuttynose and appreciate what the brand has done for the Granite State beer scene.

Egelston has said the boom in craft breweries the last several years was a big factor in Smuttynose’s growth dropping. Some owners of smaller area breweries said Smuttynose’s struggles following its move to Hampton serve as a warning against growing too quickly in a rapidly changing industry. The company started on Heritage Avenue in 1994 and opened its new facility in 2014.

Egelston was reluctant to say what he might have done differently, saying, “You’re going to have to read my memoirs for that.”

Egelston and Francis will still own the Portsmouth Brewery, which he opened in 1991, but keeping that brewery and restaurant does little to soften the blow of the Smuttynose sale, he admits.

“I wouldn’t say I get solace in knowing I still have the Brewery, but it’s certainly a business that I’m very attached to and very involved with,” he said. “Downtown Portsmouth is where I’ve been doing business for 28 years and that’s not changing.”

Egelston said he wishes he could give a more definitive answer on his future with Smuttynose, but that, he said, is still being worked out with the new ownership. At 59, though, he said any conversation about the long-term is different than for someone much younger.

“We’re just not quite there yet,” Egelston said of finalizing his future with Smuttynose. “I’m not going away. I do feel comfortable saying that.” 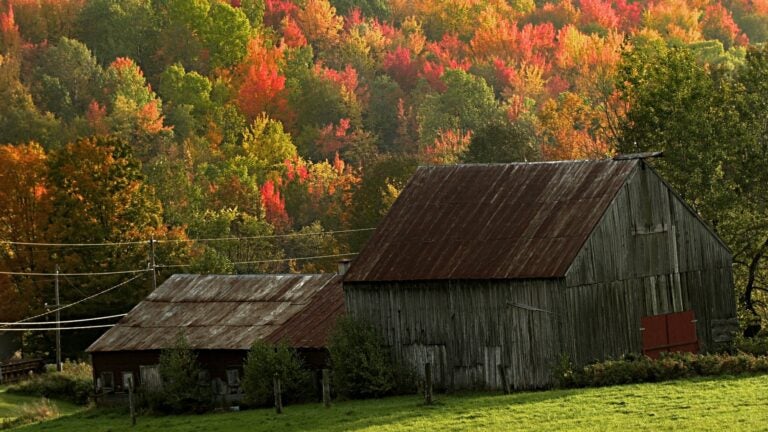