Nero, the K-9 partner of fallen Yarmouth Police Sgt. Sean Gannon, has been released from the hospital.

“At the end of one of the most emotional and saddest days, and six-day period in American and Yarmouth Police Department history, our beloved 4-legged partner K9 Nero was released from his hospital and was taken home…in his fallen partner Sergeant Sean M. Gannon’s cruiser,” Yarmouth police said Wednesday.

The police dog was injured in the Marstons Mills shooting that killed his 32-year-old handler, whose funeral on Wednesday was attended by hundreds of police officers from around the country.

The department said Nero went home with retired Yarmouth police K-9 handler Peter McClelland, who stayed with the dog from the moment he was shot through the 144 hours he was in the hospital.

“K9 Nero will stay with Officer McClelland — who loves Nero and is a close friend of the Gannon Family — until he fully heals and then will return to the Gannon family when everyone is ready,” the department wrote. “Rest In Peace Sean, your beloved K9 Nero is home.” 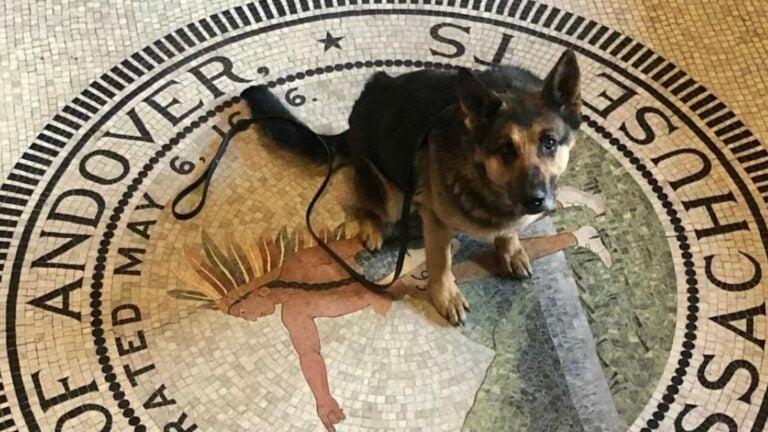