BOSTON (AP) — Hailed as the most comprehensive overhaul of the state’s criminal justice system in decades, the bill that became law with Republican Gov. Charlie Baker’s signature this month also comes with an uncertain price tag, adds new layers of bureaucracy and leaves many complex issues to future study.

The package of reforms shaped by the Democratic-controlled Legislature reflects the multiple constituencies that lobbied for inclusion in the law, and attempts to balance a desire for less punitive approaches to criminal justice against demands to assure public safety.

The measure creates more than a dozen commissions, oversight boards, task forces and study committees, some permanent and others pegged to expire after issuing recommendations for future Legislatures to chew on.

Skeptics note there is little oversight of study panels, some of which are never appointed or rarely meet, routinely miss deadlines or produce reports that few on Beacon Hill bother to read.

Backers agree the overhaul will ultimately save taxpayers money through programs aimed at reducing both the numbers of young people entering the prison system and ex-convicts returning to jail because of new crimes.

But there’s also agreement that implementing the law will require short-term spending. No firm cost estimate has been provided.

Baker has suggested the state budget for the fiscal year starting July 1 could require as much as $40 million in additional funds for implementation, including new staff and equipment for public safety agencies.

The House Ways and Means Committee’s $41 billion spending plan includes more than $15 million in “targeted investments,” related to the law, including $3 million for re-entry programs for ex-inmates, and $5 million to expand substance abuse treatment.

There are, for example, new mandates around record-keeping and data collection to accurately track arrests, incarceration and recidivism rates, partly to gauge racial and ethnic disparities.

Another requirement is for all existing untested rape kits associated with a reported sexual assault to be submitted for testing within 180 days, and a new tracking system so victims can access information about their rape kit throughout the testing and storage process.

New training programs must be developed to help police officers avoid racial and ethnic profiling, build trust within their communities and use sensitivity in dealing with the mentally ill, among other objectives.

A permanent, 13-member forensic board would oversee and independently audit state labs and facilities that perform forensic services for criminal investigations. The board is an apparent response to misconduct of two state drug lab chemists, Annie Dookhan and Sonja Farak, together which led to dismissal of more than 25,000 convictions.

In settling on a final version of the bill, House and Senate negotiators left many sensitive issues involving the criminal justice system to further study by yet-to-be appointed panels. Some examples:

— An eight-member special commission to study the health and safety of lesbian, gay, bisexual and transgender inmates in state prisons and other correctional facilities.

— A 12-member oversight committee to further study the use and impact of solitary confinement and other forms of restrictive housing in state prisons.

— A 13-member special commission to study the high rate of suicide among correctional officers and recommend steps to prevent future deaths.

— A 19-member special commission to evaluate the current system of bail and offer recommendations for change.

— A 20-member task force to examine how people aged 18-24 are treated in the criminal justice system and the feasibility of separate courts to specifically handle cases involving young adults.

Members appointed to these and other panels generally would serve without compensation but could be reimbursed for personal expenses they incur doing the work. 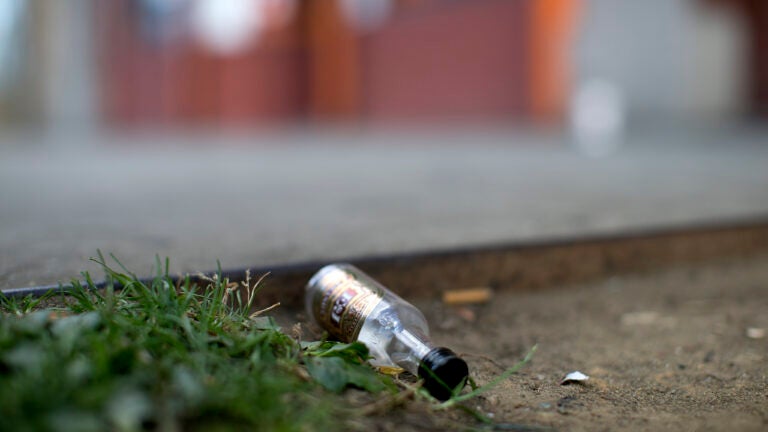 How advocates want to modernize the Bottle Bill