NEW BRAINTREE, Mass. (AP) — Authorities say three people were on board a small plane that crashed in central Massachusetts. No injuries have been reported.

Police say the 1976 Cessna 402B crashed just north of the runway at Tanner-Hiller Airport in New Braintree at about 5:15 p.m. Thursday.

Lt. Kevin Landine tells The Telegram & Gazette he was told a skydiver made a scheduled jump from the plane before it crashed.

Several ambulances responded to the scene, but they were not needed.

Witness Megan Dawes tells the newspaper she arrived to find the plane on fire, and all three occupants already having climbed from the wreckage.

No names have been released. 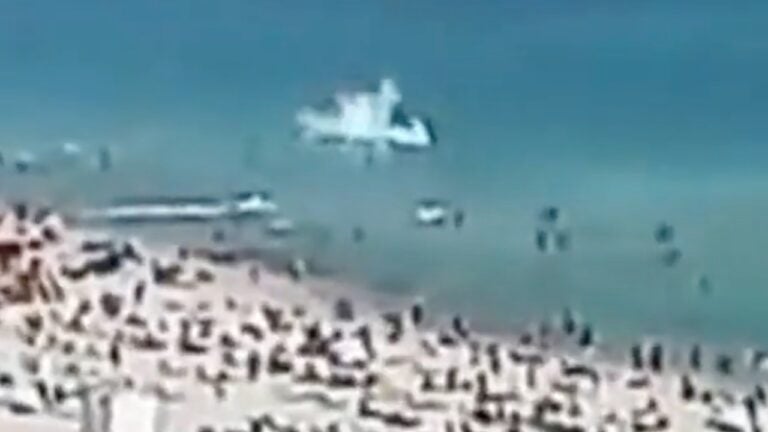 ‘Like in a movie’: Acton man and his daughter were just feet from helicopter crash at Miami Beach