SAN FRANCISCO (AP) — A male political theory professor said Friday he won’t apologize to a female gender studies professor for a joke about “ladies’ lingerie” he made while both were riding in a crowded elevator. The public spat comes amid heightened sensitivity to sexual misconduct propelled by the #MeToo movement.

Professor Ned Lebow, who teaches political theory at King’s College London, told The Associated Press that he has refused to apologize because he did nothing wrong and because a complaint filed by Professor Simona Sharoni against him with the International Studies Association is “frivolous.”

Sharoni, a professor of women’s and gender studies at Merrimack College in Massachusetts, said in a complaint she filed last month that she was standing near the elevator at a San Francisco hotel and she offered to press the elevator buttons when Lebow “said with a smile on his face, ‘women’s lingerie’ and all his buddies laughed.”

She said she froze and didn’t confront him. As the men walked out of the elevator, the only other woman in the elevator turned to her and told her maybe they should have spoken up. They said it is no longer acceptable to make such jokes.

“As a survivor of sexual harassment in the academy, I am quite shaken by this incident,” Sharoni wrote.

Hours after the April 5 encounter, she filed a complaint with Mark Boyer, the executive director of ISA, which was hosting the annual conference on international relations studies.

After Boyer informed him of the complaint and asked him not to communicate with Sharoni, Lebow said he wrote her an email telling her he didn’t mean to offend her and to explain that saying “Ladies’ lingerie” was an old joke from the days when elevators had human operators and people would shout what they were looking to buy in a department store.

“In my view, this is not only a frivolous complaint but one that is damaging to serious issues of discrimination and misogyny,” Lebow said.

The ISA disagreed and last week Boyer informed Lebow that the disciplinary committee had found his remark “offensive and inappropriate.”

In a disciplinary letter, Boyer wrote that the fact Lebow chose “to reach out to Prof. Sharoni, and termed her complaint ‘frivolous'” was an even more serious violation than the incident in the elevator. Lebow was instructed to offer Sharoni an unequivocal written apology that focuses on his own actions by May 15.

Boyer declined to comment Friday because he said the case is ongoing.

Aggrieved by the decision, Lebow decided to go public. The incident was first reported Thursday by the Washington Post.

“This is a kangaroo court and is damaging to my career because there are people out there who somehow believe I’m a misogynist,” he said.

“I’m not a Harvey Weinstein or one of these people who are repeat offenders,” he added. “There’s never been anything like this with me, quite to the contrary, I have mentored and supported women throughout my career.”

Lebow said he worries about the chilling effect the ISA’s determination can have on scholars and students “making them even more likely to censor themselves.”

Sharoni said in an email that Lebow has refused to take responsibility for the effect of his words on others and that since Thursday she has received a slew of hate mail. She said she worries Lebow’s decision “to launch a public smear campaign directed at me” could deter others from filing complaints because it could result in retaliation.

“From inappropriate jokes in public spaces to unwanted sexual advances and assault, men in positions of power are outraged when they are being held accountable, even if the sanction is as minor as a request for an apology,” Sharoni said. 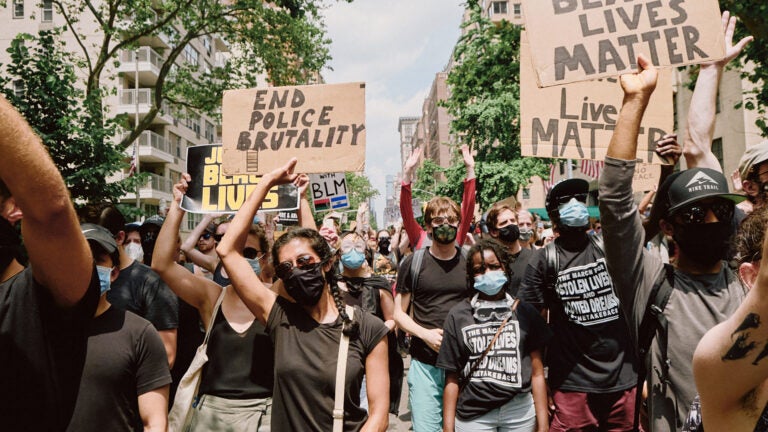 BIPOC or POC? Equity or equality? The debate over language on the left.