A longtime sore spot between the cities of Boston and Quincy has flared up in recent weeks: the Long Island Bridge.

As Boston officials move forward with a plan to rebuild the bridge that connected to the island from Quincy’s Moon Island, the neighboring cities are once again arguing over the potential benefits and impacts of the structure.

Boston Mayor Marty Walsh aims to build a long-term drug addiction recovery center on Long Island. Before the bridge was torn down in 2015, the island was home to one of the city’s largest emergency homeless shelters, and Walsh has emphasized the need for a long-term treatment center in the city’s battle against the opioid crisis.

“A Long Island campus will increase and balance capacity across each stage of treatment at a scale not possible in a neighborhood setting,” Walsh said in January. “It will provide a peaceful place for long-term treatment, especially helpful for those who need time away from old routines and tough situations. It will also act as a clearinghouse for available placements along the continuum, across the region. In short, it will be the hub of Greater Boston’s recovery universe.”

While the bridge is being championed by Boston, residents and officials in Quincy, who have long opposed the bridge, are doing what they can to stop the project, concerned the structure connecting to the island will bring increased traffic to neighborhood roads.

Here’s what we know about the standoff over the proposal and its status. The Long Island Bridge in October 2014.

What the City of Quincy is saying 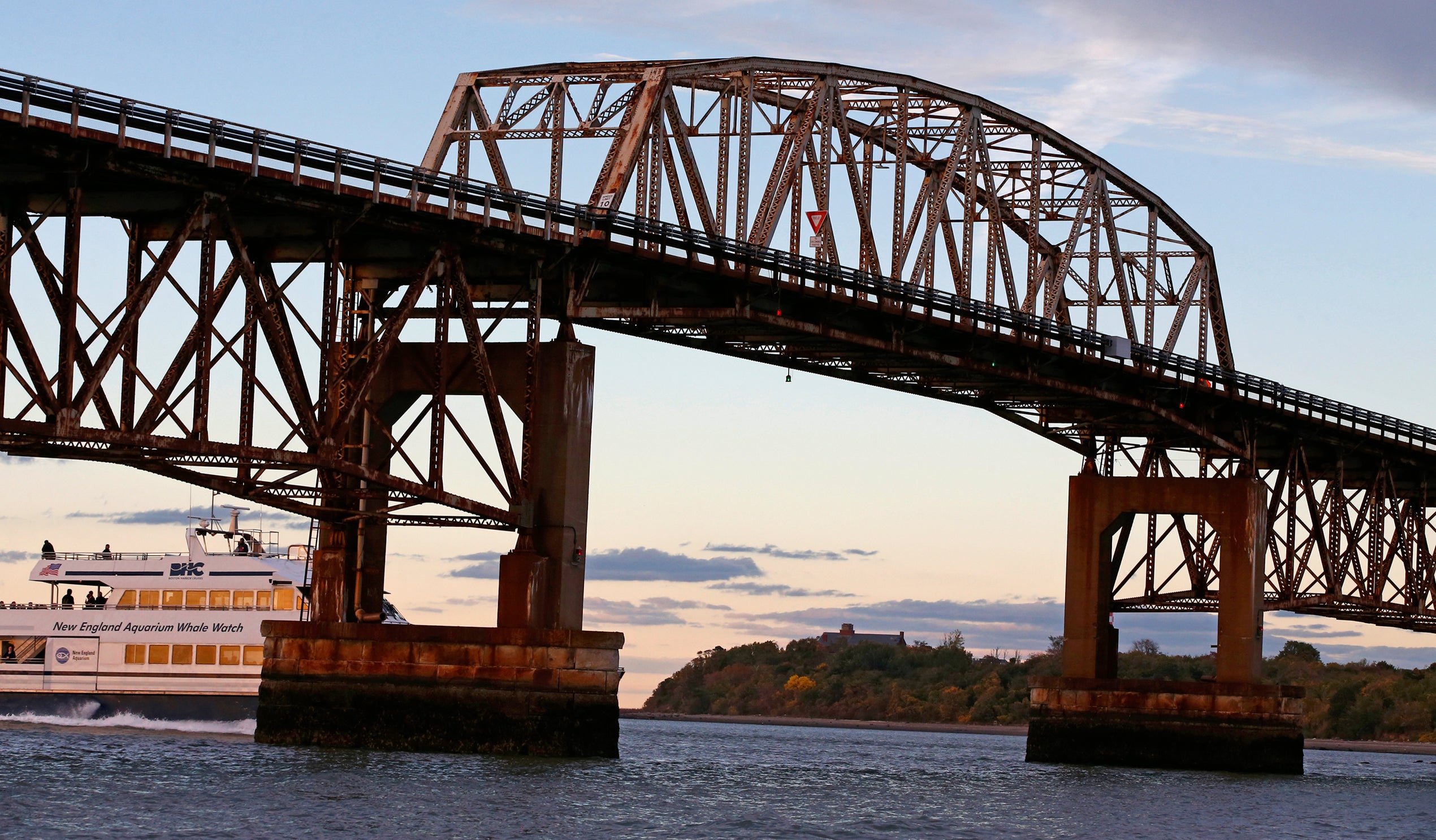 The Long Island Bridge in October 2014.

Koch has pledged to back whatever action his city council takes, arguing that Quincy should have a say in the plan to rebuild the bridge. The mayor’s proposal to ban construction trucks from roads in the neighborhood of Squantum, which lead to Moon Island, was sponsored by Quincy City Councilor William Harris, according to the Globe.

“My business is to protect the neighborhoods of North Quincy, Wollaston, Squantum, and Marina Bay — all of Quincy, by just standing up and saying this is not a good idea,” Harris told the newspaper. “I never in my wildest dreams thought they would rebuild the Long Island Bridge.”

Harris told the Globe that traffic in the neighborhood was “like night and day” once the bridge was taken down.

“I live here, I lived with folks when we had traffic flying through our streets,” he said.

In an interview with WBUR, Harris accused Boston of not including Quincy in the planning of the bridge.

“Not only is it insulting, it leads to give you the impression that there is something more going on,” he told the station.

A spokesman for Koch told the Globe that the Quincy mayor’s proposal was based on his goal of preserving public safety in the neighborhood through reducing traffic. The measure, Chris Walker said, would be supported by the mayor regardless of Long Island bridge proposal.

“There is an underlying attitude in town, based on decades of dealing with Boston, that Boston does what it wants to serve Boston,” Koch told the Globe in late April. “I’m not sure they really care about the residents of Squantum.”

Norfolk District Attorney Michael Morrissey, who is a Squantum resident, has expressed concerns that the City of Boston would change its plans and decide to build something different, like a expensive residential community, on the island, according to The Patriot Ledger.

“They’re just a poor neighbor,” the district attorney said, according to the Globe.  “We’ll have to fight hard, both in the legislature and in the courts.”

Harris and Koch have both pushed for Boston to consider using ferry service to carry patients to and from the island, the newspaper reports.

On Tuesday, the Quincy City Council approved the ban of construction vehicles on roads in parts of Squantum that lead to the proposed bridge site.

“I’m looking forward to seeing the signs put up immediately,” Harris said following the unanimous vote, according to The Patriot Ledger.

Harris is also behind the second ordinance that is being advanced, which would require the bridge project to be put before Quincy’s planning board for a special permit, according to the newspaper. Under existing rules, the project would only need a permit and approval from the city’s conservation commission.

Since the Quincy-Boston border goes through the waterway that separates Long Island from the Quincy shore, six of the 12 bridge piers would be within Quincy’s city limits, The Patriot Ledger reports.

When the proposal was reviewed by the Boston Conservation Commission, an engineer hired by Quincy said the proposal should be denied because it didn’t contain enough information and should have included an analysis of ferry service.

The proposal was approved by the Boston Conservation Commission on May 16.

Koch’s office did not respond to a request for comment on the action by Boston.

What the City of Boston is saying 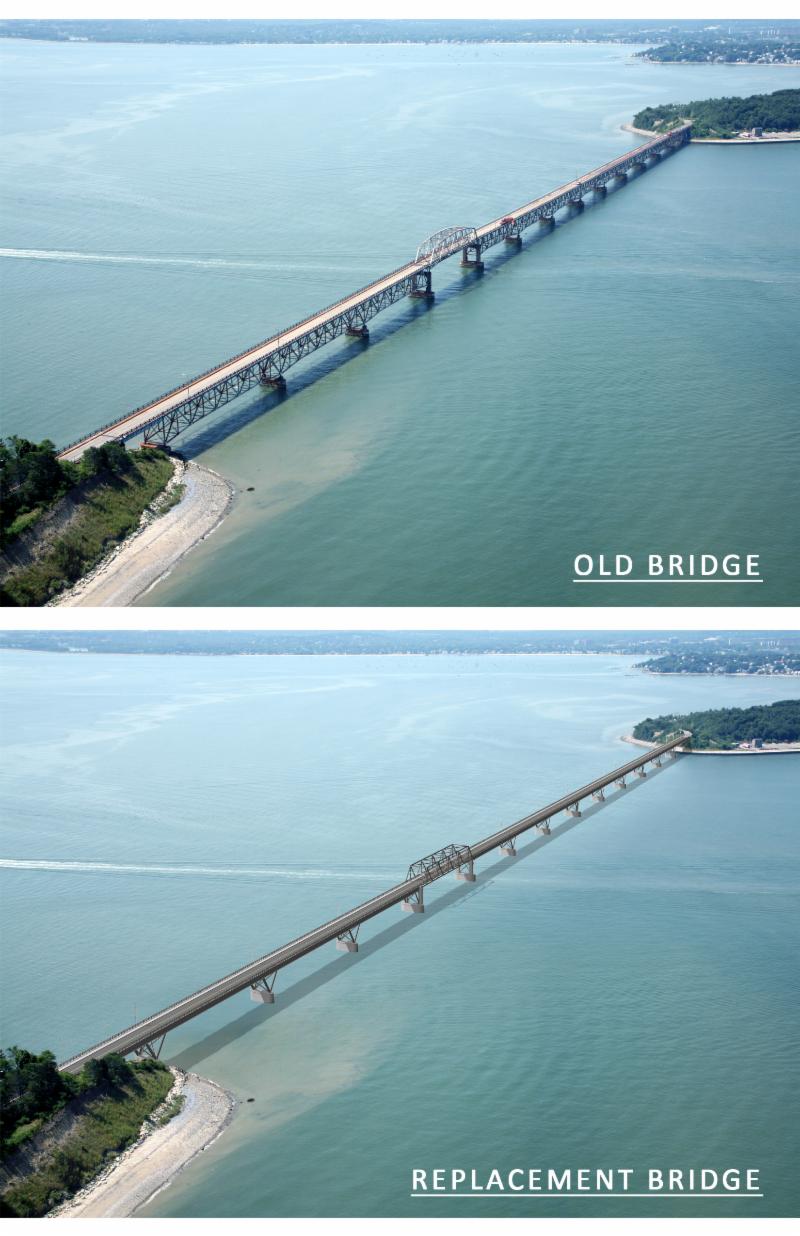 In an opinion piece published in The Boston Globe immediately following the announcement of his intention to rebuild the bridge, Walsh said he was disappointed by the “negative responses” to what he called his idea of “building bigger and better recovery services on Long Island.”

“To be honest, on the question of addiction, I thought we had got beyond the Not-in-My-Backyard paranoia, the brutal stigma, and the reflexive need to put political point-scoring ahead of real solutions,” he wrote, without directly referencing Quincy officials.

The city hopes to break ground on the new bridge in 2019 and estimates the project will cost $92 million.

The design of the bridge, according to Boston, would be similar to the original 1951 bridge — comprised of one vehicle lane in each direction, sidewalks, and an open channel for boats below. Pieces of the bridge would be assembled off site and then floated into place on barges.

“The design and materials from the original bridge will be updated to ensure a longer-lasting structure that will be able to serve those in recovery for decades to come,” the city said.

Walsh’s office has said that ferry service would not be reliable enough during winter storms or in medical emergencies.

“Ferry service to and from the island for a medically fragile population will never be enough, as we saw clearly with the recent storm,” Walsh wrote in January.

Chris Osgood, Boston’s chief of streets, told WBUR that traffic from construction would be mitigated by the plan to build parts of the bridge off-site and then float them in, while traffic to the long-term recovery campus would be different from what had previously been on the island.

“This is about a regional challenge,” he told the station. “We are working with all of our regional partners, including Quincy. And we think whether it’s through methods of construction or services we’re going to provide, this is something we can work with our partners in Quincy on.”

According to The Patriot Ledger, Boston applied for a permit for the project from Quincy’s conservation commission on May 18.

The next meeting for the commission is June 6. 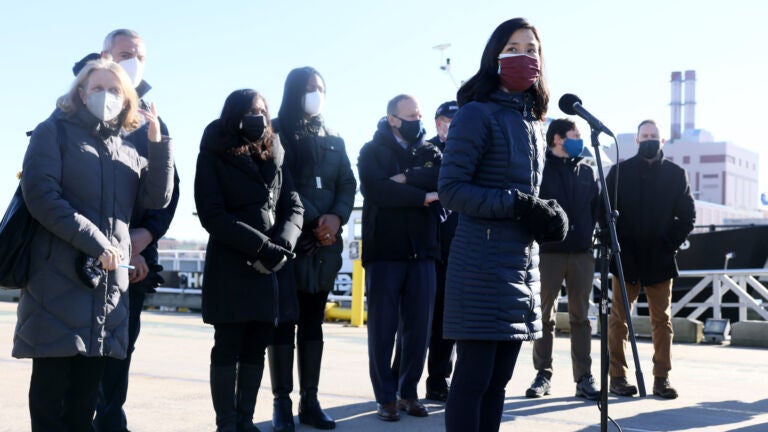