The opening weeks of the retail marijuana market in Massachusetts are looking sparser by the day. On Cape Cod, it could be nonexistent through the summer.

The Cannabis Control Commission released an updated map Thursday afternoon of the counties from which it had received license applications.

Total Number of License Applications That Have Submitted All Required Packets By County (As of June 14th). pic.twitter.com/MocVJogYBv

Massachusetts’s legal marijuana law allows retail pot shops to begin opening on July 1. And yet, less than three weeks from that target date, there’s a lack of completed applications from the counties representing the Cape and Islands.

Barnstable, Dukes, and Nantucket have submitted a grand total of zero applications as of Thursday.

According to Jim Borghesani, a former spokesman for the 2016 legalization campaign, that means Cape Cod residents could have to wait much longer than July 1 before they can buy recreational marijuana on that side of the Cape Cod Canal.

“I think it’s a 100 percent certainty that there will be no retail cannabis stores open on the Cape this summer,” Borghesani, now a consultant in the industry, told Boston.com Thursday. “No one has been able to file a complete application because there have been no host community agreements signed with any towns.”

To apply for a license, prospective marijuana businesses are required to file a “host community agreement” with their local town or city. However, as the Cape Cod Times reported earlier this week, towns in the state’s most iconic summer tourist region have been slow to sign on to the agreement. Others have implemented straight-up bans on marijuana businesses.

According to the Times, at least eight municipalities on the Cape have been approached by individuals hoping to obtain recreational marijuana retail or cultivation licenses. However, no host agreements have been signed — to the frustration of a number of aspiring entrepreneurs — as officials negotiate regulations on issues such as zoning.

Securing a host community agreement is just one of many steps in the application process for prospective businesses. Once a complete application has been filed, the commission has 90 days to decide whether to grant a license.

Additionally, securing a host agreement isn’t currently a possibility in some Cape communities. Chatham, Dennis, Falmouth, Harwich, Sandwich, and Yarmouth have instituted bans on pot businesses within their borders, while Bourne, Orleans, Mashpee, and Nantucket have implemented temporary moratoriums, according to the Times.

The issue of bans isn’t entirely unique to the Cape.

Cannabis Control Commission chairman Steve Hoffman told Boston.com last month that “the goal of having retail establishments open in July has not changed.” However, the commission still hasn’t issued any commercial licenses. Hoffman told reporters Thursday that they have no plans to rush the approval process in order to hit an ‘‘arbitrary deadline.”

‘‘If that means we have few or no stores on July 1 and it takes a few more weeks, I hope everyone in the state believes that’s the right thing to do,’’ he said. 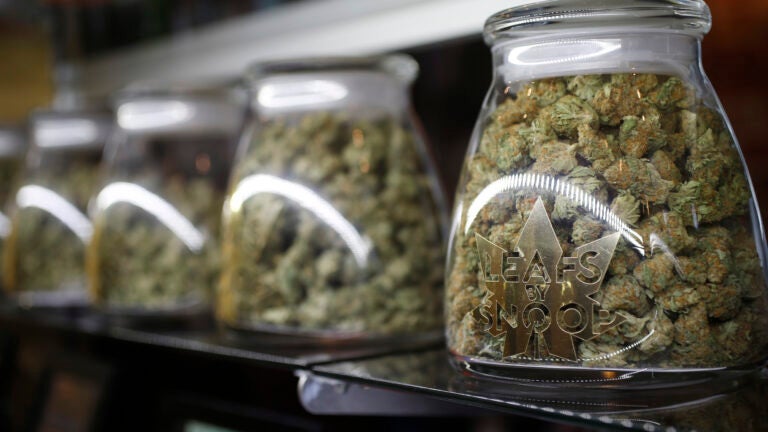 Recreational marijuana shops in Mass. might not be able to open by July 1