The good news is that only three places in New England landed on an annual ranking this week of the country’s “50 worst cities to live in.”

The bad news is — well, if you’re a resident of Springfield, Hartford, or New Haven, the bad news is that your city made the list.

The annual index was compiled by 24/7 Wall St., which ranked hundreds of U.S. cities with more than 50,000 residents based on data in eight different categories: crime, economy, education, environment, health, housing, infrastructure, and leisure. 24/7 Wall St. then arrived at a composite score for each city, which determined the rankings; the full methodology is available here.

Of the 50 worst cities to live in, Springfield ranked 28th. It was the only city in Massachusetts to crack the top. 24/7 Wall St. attributed its place on the list to its 6.9 percent unemployment rate, which is the highest of any city in the state. Additionally, the city’s poverty rate is nearly 25 percent.

However, Springfield mayor Domenic Sarno said the ranking is just a “thumbnail sketch” that doesn’t take into account the bigger picture.

“I’m very proud to say that, as an urban center, we take on all the challenges that many of our suburban and rural neighbors do not take on,” Sarno said, referring to responsibilities like subsidized housing, refugees, and homelessness.

Despite the devastating tornado that hit the city in 2011, the fourth-term mayor and lifelong Springfielder rattled off a list of accomplishments, from dramatically reduced crime rates to public school system improvements to a historically high city bond rating to billions in ongoing development, including the soon-to-open MGM Casino and massive renovations to the city’s Union Station and Naismith Memorial Basketball Hall of Fame.

“[After the tornado], people thought it would be time to turn off the lights in the City of Springfield — and the exact opposite happened,” Sarno said in a phone interview Thursday. 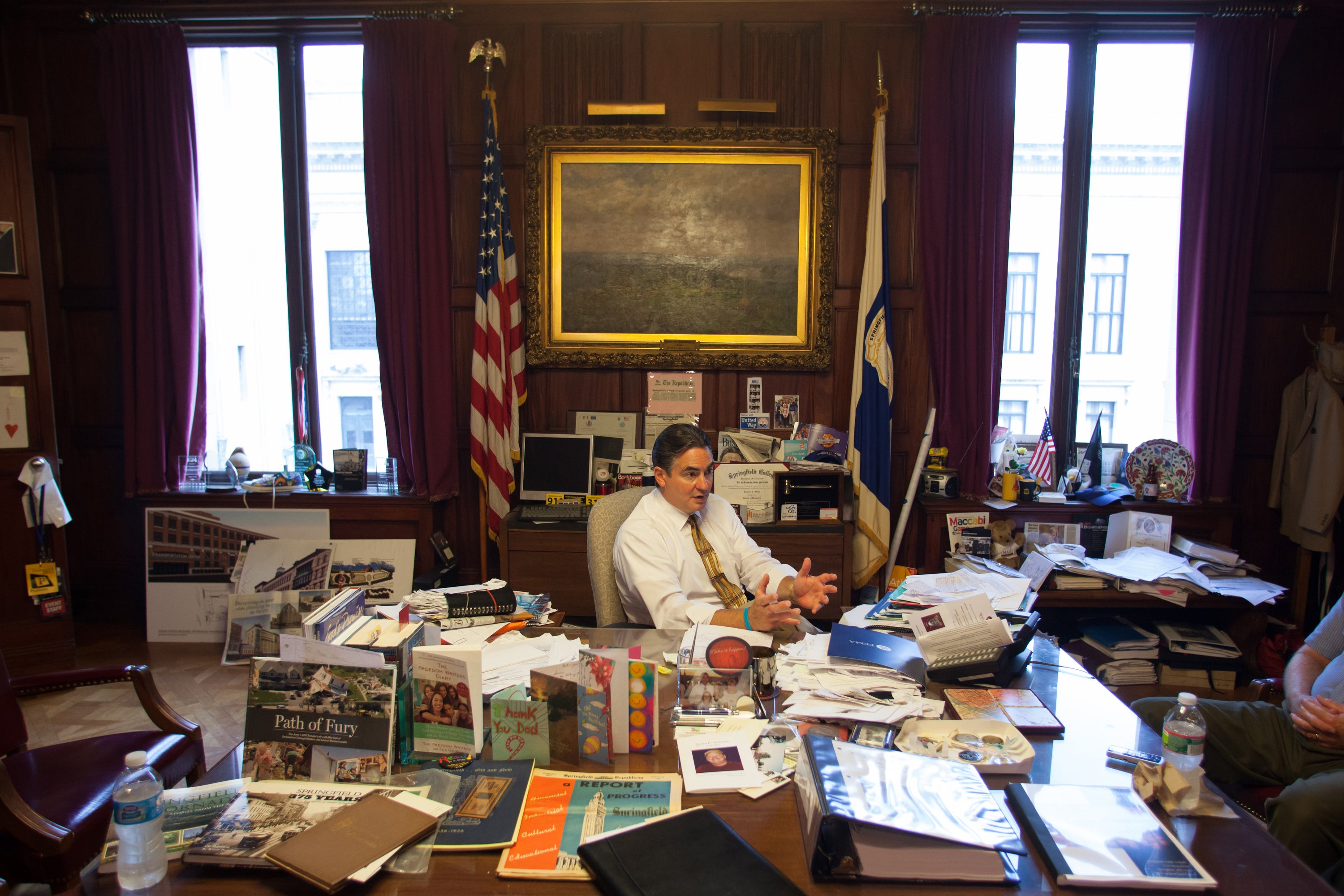 Springfield Mayor Domenic Sarno is shown during an interview in his city hall office in 2012.

“I’m not painting a panacea; there’ll always be challenges in urban centers,” he continued. “But we are moving in the right direction. People are feeling very bullish on the city of Springfield.”

The city has bragging rights over its I-91 neighbor south of the border: Hartford, Connecticut, which ranked No. 11 on the list.

The state’s capital was the worst-ranked New England city due to its shrinking population, 9.4 percent unemployment rate, and median household income of less than half of the entire state. Additionally, despite Hartford’s lower-than-average median income, goods and services in the city are 17.3 percent more expensive than the national average.

The economic conditions in New Haven, Connecticut, which ranked 39th, are strong by comparison. Still, the city had a violent crime rate of 938 for every 100,000 residents in 2016, which was more than double the national average of 386 per 100,000.

Officials from Hartford and New Haven did not immediately respond to requests for comment Thursday.

The three worst cities on the ranking are Detroit and Flint, Michigan, and St. Louis, Missouri.

24/7 Wall St. also released a ranking of the “50 best American cities to live in” last October, using the same methodology. Nashua, New Hampshire, and Danbury, Connecticut, both made that list. 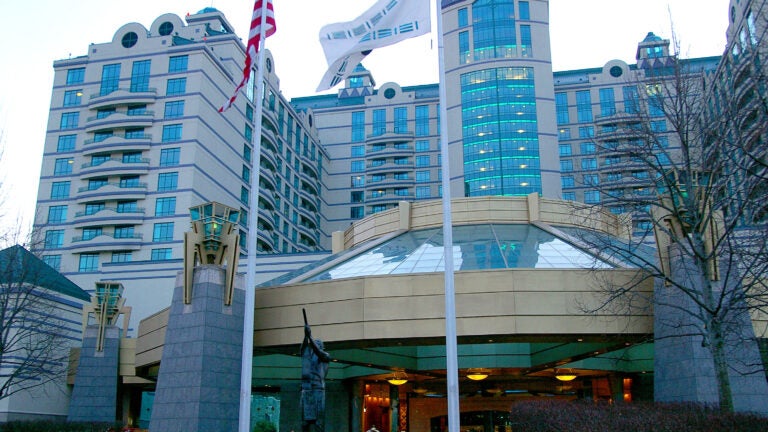