Boston Public Schools Superintendent Tommy Chang on Friday said he has agreed to resign from his post, amid growing concerns from Mayor Martin J. Walsh about his struggle to deliver significant improvements to the city’s school system.

In an interview Friday afternoon, Chang confirmed he is stepping down after three years, and said he is in active negotiations with the Boston School Committee “for a mutual parting of ways.’’

Chang declined to describe the reasons for his departure, but he noted he does not have a job lined up elsewhere.

“This unfortunately happened pretty quickly,’’ he said. “I look forward to sharing more in the near future after I finish negotiations with the Boston School Committee.’’

Walsh, in a statement, made clear his dissatisfaction with Chang. The mayor said he has decided “we need a long-term education leader with a proven record in management who can gain the confidence of the community on the strategic vision for the district.’’

“I have spent a lot of time thinking about the progress we have made to improve education in Boston and the significant work ahead to ensure that we successfully reach the ambitious goals we have set for our students and schools,’’ he said.

As a result of those reviews, Walsh said, he met with Chang and both “have mutually agreed that there needs to be a change in leadership at BPS.’’

Chang’s departure from the school system means big and much-anticipated initiatives will likely come to a grinding halt, from developing a plan to construct new schools to overhauling high school programs so more students can earn diplomas. His three-year term will be the shortest of any superintendent in Boston in nearly four decades, excluding those who filled the role on an interim basis.

Chang took over the 56,000-student school system in 2015, after a national search, and was awarded a five-year contract — the longest of any in the country for the head of a large urban district.

In the years since, however, he has been involved in repeated controversies, such as his proposal last year to change school start times and an Internal Revenue Service audit that found mismanagement of student activity accounts. The mayor publicly rejected an effort by Chang to potentially change the admission requirements to the city’s exam schools, saying he had no idea such a move was underway.

This week, the department was sued by civil rights and student advocacy organizations for failing to disclose whether the school system handed over student information to federal immigration authorities.

It remains unclear whether Chang will receive a payout for any remaining time under his contract. But if his departure is deemed in negotiations as a termination by the School Committee without cause, Chang could be eligible to receive up to 12 months of pay. Chang currently makes $267,000 a year. He also is eligible for payout of any unused sick and vacation time.

Chang has received an overall rating of proficient on his last two job reviews, although he was rated as needing improvement in family and community engagement.

Walsh plans to name an interim schools chief in the next week, according to two city government officials familiar with the decision. A search for a permanent leader could take considerable time. After Carol Johnson retired in August 2013, an interim leader held the post until Chang came aboard almost two years later.

The two officials said Walsh did not directly blame Chang for the recent controversies, though they pointed to them as examples of Chang’s inability to manage the dynamics of the Boston school system, which weaves — and often tangles — the interests of parents with principals, community groups, and government officials.

“The reality is no one was confident he would be able to accomplish what the mayor wanted to accomplish,’’ one official said, praising Chang’s technical smarts but adding, “His personal skill set is not good for this job, this school department, at this time.’’

Of particular concern, the official said, was Chang’s inability to communicate to the greater school community the investments the city was making, including funding. Programs that the city had targeted for improvements were worsening, or the city saw delays in enacting reforms that had been funded, generating frustration among parents.

City Councilor Annissa Essaibi-George, a former teacher who heads the council’s committee on education, said Chang has failed to make progress. But more importantly, she said, he has been unable to connect with parents within the school system.

Essaibi-George said that Boston schools come with particular challenges that any superintendent will have challenges in facing, including a sprawling system with transportation challenges and more than 100 schools with 22 different grade configurations.

“It will be a challenge to find the right fit to move our district forward, and Superintendent Chang is a really smart person, he’s a well-intentioned person, we’ve just missed too many opportunities to make a greater impact for our kids and their families,’’ she said.

In the search for the next superintendent, Walsh could also face questions about his ability to attract top-notch leaders to the system. His tense relationship at times with Chang amid public uproars could give some candidates pause in pursuing the leadership post.

Walsh’s statement emphasized that schools are an important priority.

“Education has been my priority from day one, and I am proud to have provided unprecedented levels of investment for our schools, spearheaded initiatives such as expanded pre-K and extended learning time, and offered the support needed to bring about bold change for the district,’’ the mayor said.

“He showed a clear commitment to elevating important conversations about race and equity, and it was clear he cared deeply about the students we serve,’’ Tang said in a statement. “We wish him all the best in his future endeavors.’’ 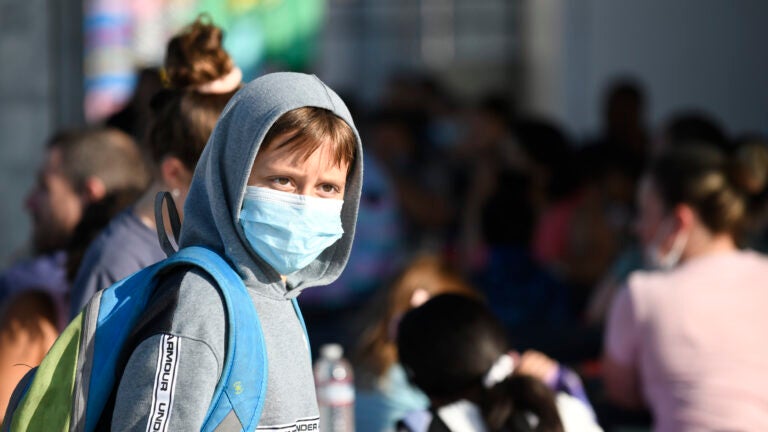