The 20-year-old man accused of shooting and killing a Weymouth police officer and an elderly woman in her home over the weekend pleaded not guilty to the murder charges against him during his arraignment Tuesday and has been ordered held without bail.

Authorities say Emanuel “Manny” Lopes hit Officer Michael Chesna with a rock on Sunday morning, knocking the 42-year-old father of two to the ground. Lopes then allegedly used Chesna’s gun to shoot the officer multiple times in the head, torso, and legs, before fleeing on foot from law enforcement arriving at the scene. According to authorities, he fired several additional gunshots as he was chased through a Weymouth neighborhood by law enforcement, fatally striking 77-year-old Vera Adams in her home.

The Norfolk District Attorney’s office said before the pursuit on foot, Lopes was shot in the leg by another Weymouth officer arriving at the scene on Burton Terrace. The 20-year-old Weymouth resident was at South Shore Hospital up until his arraignment.

Here are the latest developments surrounding the shooting that has shaken the South Shore community and prompted a flood of support for the families of Chesna and Adams, as well as the Weymouth Police Department, from across the state. 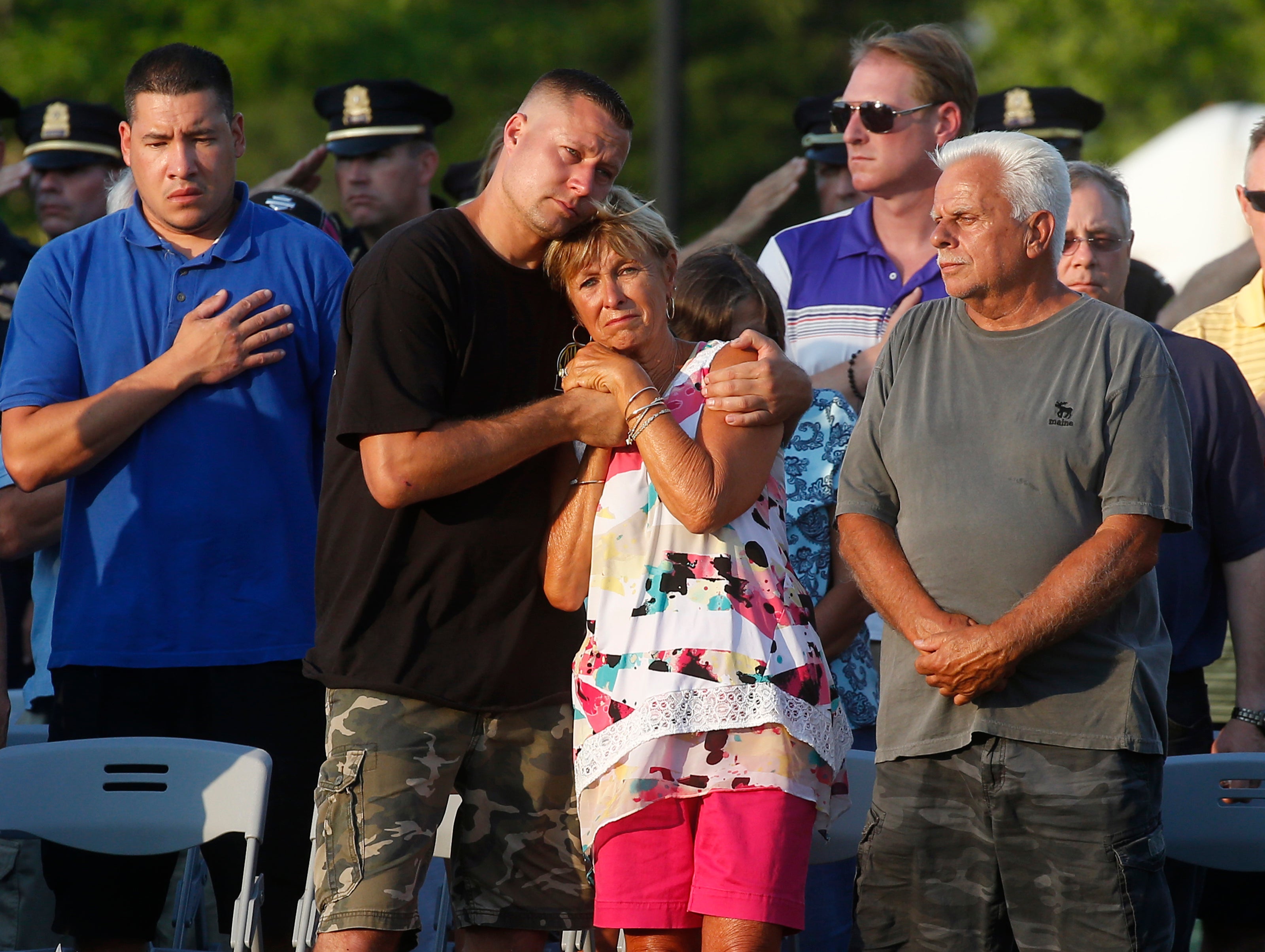 Chesna, who leaves behind a wife and two children, ages 9 and 4, worked the midnight-to-8 a.m. shift and was assigned to the traffic division. Monday would have marked his six-year anniversary with the Weymouth Police Department.

Chesna’s mother, Maryann, thanked those who gathered to remember her son.

“My son would be so proud, and I have never been prouder to be from Weymouth,” she said.

Weymouth Police Chief Richard Grimes also addressed the crowd, speaking to Chesna’s character and the national debate over the use of force by police officers.

“You’ve heard it from me already and you’ll hear it from others that Officer Michael C. Chesna was an outstanding person, an outstanding police officer, and a compliment to the Weymouth Police Department and the community to which he served,” Grimes said. “What happened to Michael should not ever happen.”

Chesna was posthumously promoted to the rank of sergeant Monday night by Grimes, according to the Globe.

Adams, a widow and lifelong resident of Weymouth, was remembered by community members at the vigil for being a “great contributor” to her neighborhood, the Globe reports.

Suspect struggled with drug use and mental illness

Friends of Lopes told the Globe the 20-year-old, who goes by “Manny,” has a history of drug use and mental illness.

Nick Donovan, a childhood friend who Lopes lived with for about six months in 2017, told the newspaper the 20-year-old was estranged from his family and had tried to kill himself in high school by repeatedly stabbing himself in the neck with scissors while waiting outside the guidance counselor’s office.

Another former classmate told the Globe that Lopes was known for being involved with drugs and being aggressive, getting in fights in middle and high school.

“It’s always been a short-fuse situation,” Will Perron said. “He’s never had the ability to reel in that temper.”

Before Sunday’s shooting, Lopes was on pre-trial probation in connection to an arrest in October 2017 for selling cocaine to minors and resisting arrest, according to CBS Boston.

Lopes’s mother, Kerry Neill, had a restraining order against her son that was in effect until Sept. 28, the Boston Herald reports.

She told authorities she moved out of a home with her daughter to get away from her son.

“I told him several times he couldn’t stay there or visit because of his mental health/drug issues (doing them),” Neill wrote at the time, according to the Herald. “Emanuel has severe mental health issues and I am afraid of what he is capable of.”

Lopes received treatment for substance abuse in both Plymouth and Bridgewater, the Herald reports.

Vera Adams, 77, was killed by a stray bullet in her home, at 100 Torrey St. in Weymouth, early Sunday morning.

The Patriot Ledger reports that police received a 911 call Sunday morning from Lopes’s girlfriend, shortly before he crashed the car he was driving, reporting that he suffered from bipolar disorder and manic episodes.

Court documents obtained by the Globe revealed that when Chesna arrived at Burton Terrace, searching for the suspect — later identified as Lopes — who fled the scene of nearby single-car crash, the 20-year-old was throwing decorative stones through the windows of a home.

Later when running from police, he allegedly fired three gunshots into Adams’s home, according to the Globe. The retiree was sitting on her sun porch and was fatally shot through a sliding-glass door.

The Weymouth Police Department says it has been receiving reports of possible scam phone calls claiming to be collecting money for Chesna’s family.

The department said anyone who wants to make a donation to the Chensa family can mail or drop off checks to the “Officer Michael Chesna Family Fund” at the police station.

“An account has been set up at Equitable Bank to assist the family,” Weymouth police said on Facebook.

Members of the Weymouth Police Department flooded the courtroom where Lopes was arraigned in Quincy District Court on Tuesday.

The colleagues of the fallen officer looked on as Lopes plead not guilty to six charges including two counts of murder, malicious destruction of property, and negligent operation of a motor vehicle.

The judge ordered Lopes held without bail. He will be held at Dedham House of Correction until his next court appearance on Aug. 15 for a probable cause hearing. 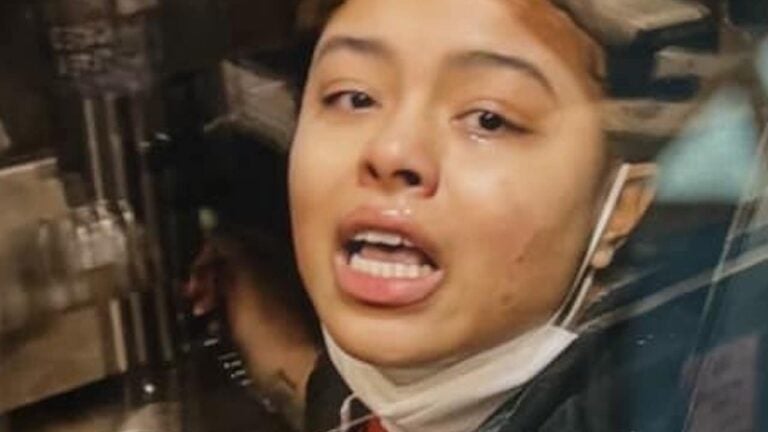