While on a recent Cape Cod fishing trip, a group witnessed quite the scene by Monomoy National Wildlife Refuge: A great white shark feasting on a seal, and brushing by their vessel in the process, reports The Boston Globe.

At first, Stephen Hrusovsky’s iPhone camera is just focused on a half-eaten seal in the water, when a person says, “I’d love to see Jaws just come out of nowhere.”

Not before long, a shark is sinking its teeth into the animal.

The video, posted by the Atlantic White Shark Conservancy on Facebook Wednesday, was taken by the 28-year-old New York City resident on Saturday, the nonprofit’s president, Cynthia Wigren, told the Globe.

The rarity of witnessing a shark mid-predation has made the recent videos captured off Cape Cod this season, including the drone footage off Nauset Beach, all the more exciting, Wigren said.

Read the full story over at the Globe and watch Hrusovsky’s video, which contains a few expletives, below: 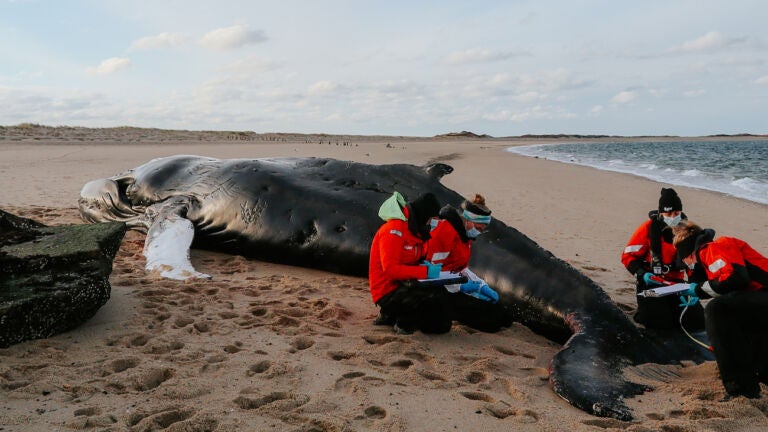