For commuters, decreased tolls and reduced traffic congestion are generally seen as two good things. So why is Gov. Charlie Baker blocking a proposed pilot program that aimed to do both?

According to the Massachusetts governor, the proposal put “the cart before the horse.”

Baker signed the state’s $41.7 billion budget Thursday afternoon, but among the Republican governor’s line-item vetoes was a widely supported proposed pilot program to provide toll discounts during off-peak driving times. Though he agrees with the proposal’s goals, Baker said he doubted the idea would work.

Here’s what you need to know about the proposed toll discount program, Baker’s opposition, and what comes next.

What would the proposal have done?

The legislation directed the Massachusetts Department of Transportation to design and conduct a temporary pilot program to test the “technological feasibility” of charging different toll rates depending on the time of day. The test would have been a form of congestion pricing or “smart tolling,” which aims to reduce traffic, particularly during rush hour.

Lawmakers specifically wrote that the program would not result in a toll increase for any road or driver. Rather, it would provide toll discounts of at least 25 percent to those driving during “off-peak” travel times. Only vehicles with E-Z Pass transponders would get the discount.

After it ended, MassDOT was instructed to issue a report to lawmakers on the challenges, takeaways, and relative effectiveness of the program, as well as “an analysis of how tolling policies can be used to alleviate congestion on roadways” and proposed “next steps toward implementation.”

What was the thinking behind the proposal?

Traffic congestion is a particularly pressing issue in the Boston area, where drivers spent an estimated 14 percent of their time in gridlock last year, at an individual cost of more than $2,000.

Transportation experts say that congestion pricing is the only thing that has been empirically shown to address the issue. According to the Federal Highway Administration, economists believe it is “the single most viable and sustainable approach to reducing traffic congestion.” Singapore and cities in Europe, such as London and Stockholm, have implemented various forms of congestion pricing and saw significant decreases in traffic. Forty different jurisdictions in the United States also reportedly have some form of dynamic tolling, in which the rates go up when congestion is heaviest.

It’s unclear whether simply offering toll discounts during off-peak times would have been enough to incentivize a significant number of drivers to shift their travel schedules. But local transit advocates say it’s at least worth trying out.

“That’s exactly why a limited pilot program makes so much sense,” Chris Dempsey, the director of Transportation for Massachusetts, recently tweeted. “We need to get some data on this.”

According to a MassINC poll this week, 61 percent of Massachusetts residents supported lowering tolls during off-peak times to reduce traffic, compared to 30 percent who said they opposed the idea. The pilot program was approved by the Democratic-controlled legislature and counted Republican Senate Minority Leader Bruce Tarr among its sponsors. It also had the backing of The Boston Globe editorial board, the local AAA branch, and the leaders of the Pioneer Institute, a free-market think tank that Baker led in the late-1980s.

So why did Baker veto it?

In a radio interview on WAAF last week, Baker said that people without the schedule flexibility, either due to their job or child care, to take advantage of the discounted toll rates would view the program “as incredibly punitive.” But he also expressed doubt in the efficacy of the limited pilot being proposed and skepticism that there would be the public appetite for the type of program that would actually have an effect (MassINC found that raising toll rates during rush hour was supported by 38 percent of residents and opposed by 55 percent).

“My guess is that a modest difference between what you pay before 6 and what you pay after 9 and what you pay between 6 and 9 probably doesn’t make much difference at all,” Baker said, according to the Boston Herald. “I doubt we’re going to want to get into the business of dramatically charging people extremely different prices depending upon what time of day they come in.”

In his veto statement Thursday, the governor said that while he supports the idea of reducing congestion, the proposed pilot program “is too narrow and unlikely to have the desired effect of alleviating congestion.” Instead, he proposed that MassDOT conduct a broad study of the ways to reduce traffic and then, if warranted, make recommendations for “further study or pilot programs” by the end of next June.

“It would be better to evaluate all of the potential solutions to this problem and then pursue the solutions that are most likely to achieve the best results,” Baker wrote, later telling reporters Thursday that “putting a pilot in place before you actually do the work to figure out what will solve and work to improve our issues with congestion puts the cart before the horse.”

Dempsey, however, says that the governor is creating a false choice and urged lawmakers — who overwhelmingly approved the larger budget bill, in which the pilot program was included, in both the House and Senate chambers — to override his veto.

Study traffic congestion, or start a pilot of a solution that has worked elsewhere? We don’t have to choose. We can do both. @T4MASS statement below. #mapoli pic.twitter.com/EGpvVuDR4I

“While it’s encouraging that Governor Baker recognizes the need to find solutions to the Commonwealth’s worsening traffic crisis, the longer we wait to test innovative ideas, the longer Massachusetts will be stuck in place,” his organization said in a statement. “A study of statewide congestion issues is necessary — but not sufficient. We can do both.” 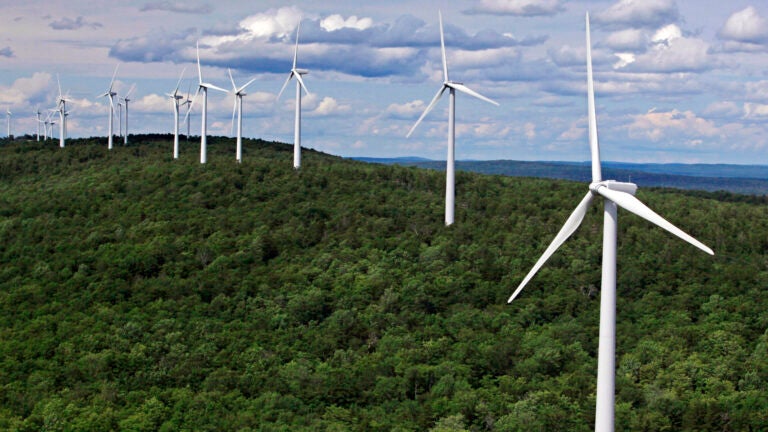 Here's why Mass. is looking to fund 40 percent of a Maine wind farm