Wondering what Boston will look like by 2040? The MBTA and MassDOT are, too.

According to the recently released Focus40 draft, which lays out the transit system’s commitments, plans, and ideas for “rebuilding the MBTA to serve a changing region” through 2040, the agencies are considering how to extend transit services and T lines, withstand those brutal New England winters and rising coastal tides, and go fully digital. They could also — potentially — create “superstations” downtown and in Sullivan Square.

“We’re already starting to shift the conversation away from being reactive to being proactive,” Jen Slesinger, the plan’s project manager, told Boston.com.

The Focus40 plan includes a roadmap of commitments in the works through 2023 as well as the next priorities for the transit system. But some of the biggest surprises include the “big ideas” that the agencies are thinking about for the future.

What are the ‘big ideas’ for trains?

On the T, passengers could see more frequent trains, expanded capacity, and service that carries riders to new places.

Some of the “big ideas” — or upgrades currently at the brainstorming stage — include extending the Blue Line to Lynn and connecting it with the Red Line; bringing the Green Line into Hyde Square, Mystic Valley Parkway, and the Medford/Somerville area; and building the Orange Line into Everett and Roslindale.

The plan also mentions potential “superstations,” an idea that would connect key transit points in the city and ease congestion created by passenger transfers.

One “superstation” could connect the State Street and Downtown Crossing stations through an underground pedestrian walkway, making the Blue, Orange, Green, and Red lines accessible to one another. A second “superstation” could go in Sullivan Square off of the Orange Line, according to the report, which says that with significant redevelopment in the works for the area, “… new connections to the commuter rail system and extension of services like the Silver Line may be warranted.”

Slesinger said the idea comes from a focus on creating stations that are easier to navigate. Most T passengers would pass through a “superstation” in some way, she said.

“It’s one of these big ideas that we’re open to feedback on: Does the public think that’s an idea that should be pursued further?” she said.

Another “big idea” up for consideration is extending the Blue Line past downtown to the Longwood area with a Red Line connection at Park Street.

“This connection could ease pressures on the Green and Orange Lines and improve rapid transit access to several major employers, academic institutions, and healthcare providers — including to major potential developments at Suffolk Downs and Wonderland — and to Logan Airport,” the plan says. 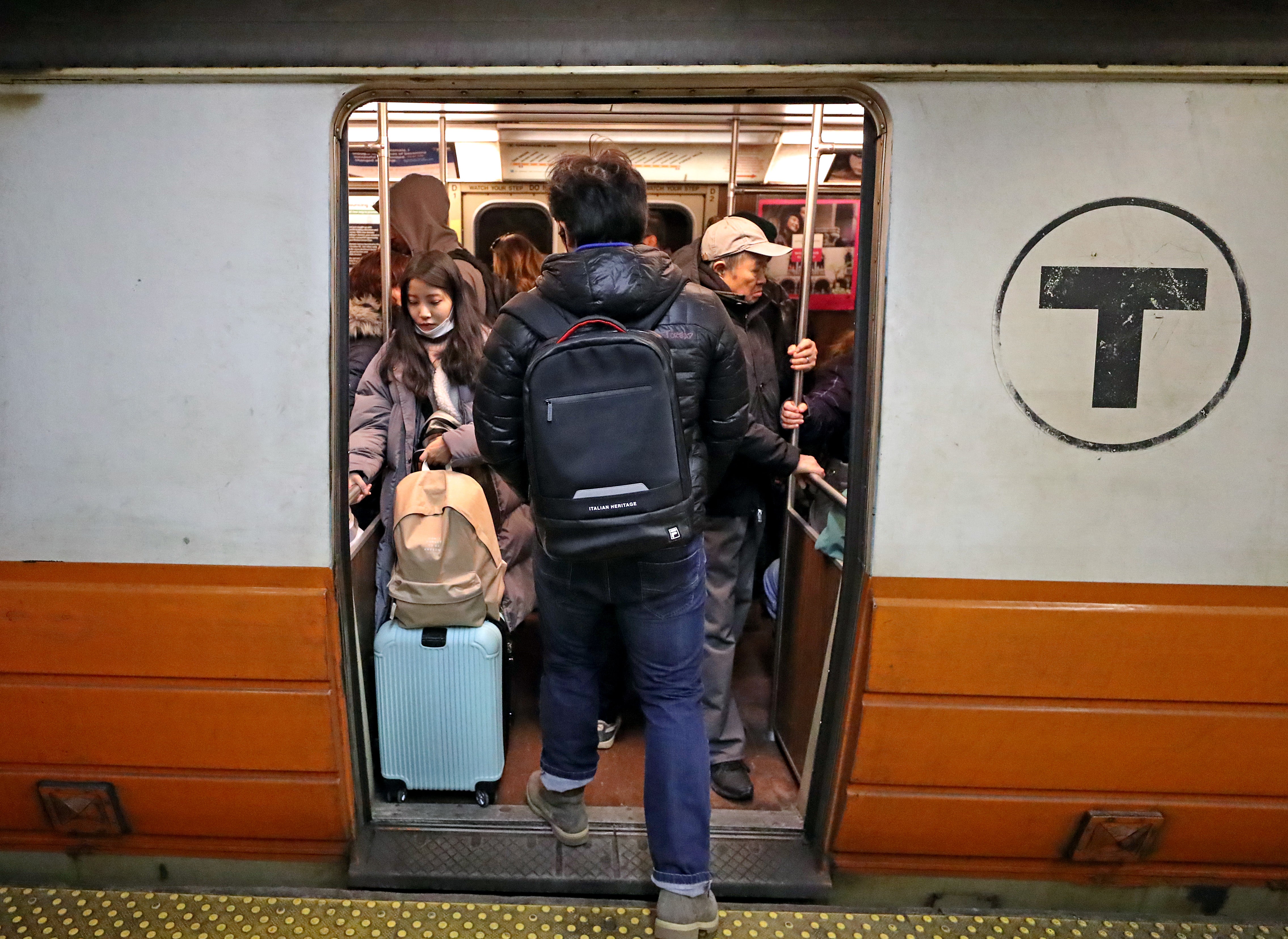 What about the highlights for buses?

Autonomous buses could also roll down the city’s streets someday, the plan shows. The vehicles could potentially drive on new routes and shuttle passengers for short, mile-long trips to commuter rail and rapid transit stations.

“Autonomous buses are currently being tested in several cities around the world,” according to the document. “In dedicated right-of-way, they can avoid many of the challenges facing autonomous car technology.”

For the Silver Line, officials are considering extending a bus tunnel under the Seaport’s D Street to make for faster services.

The MBTA is also looking for ways to make the transit system more resilient to severe weather.

Through 2023, the agency is assessing the system for vulnerabilities that could arise during heavy snowstorms and rising sea tides, including a more resilient power supply, according to the plan, which says officials will seek to incorporate the findings into future projects.

“I think that we talk about delivering this reliant, robust, and resilient system, and I think those are the three grounding investments that will make the system reliable,” Slesinger said.

The plan places an emphasis on “priority places”: areas of the city and greater Boston that lack access to public transit but need and can support it. 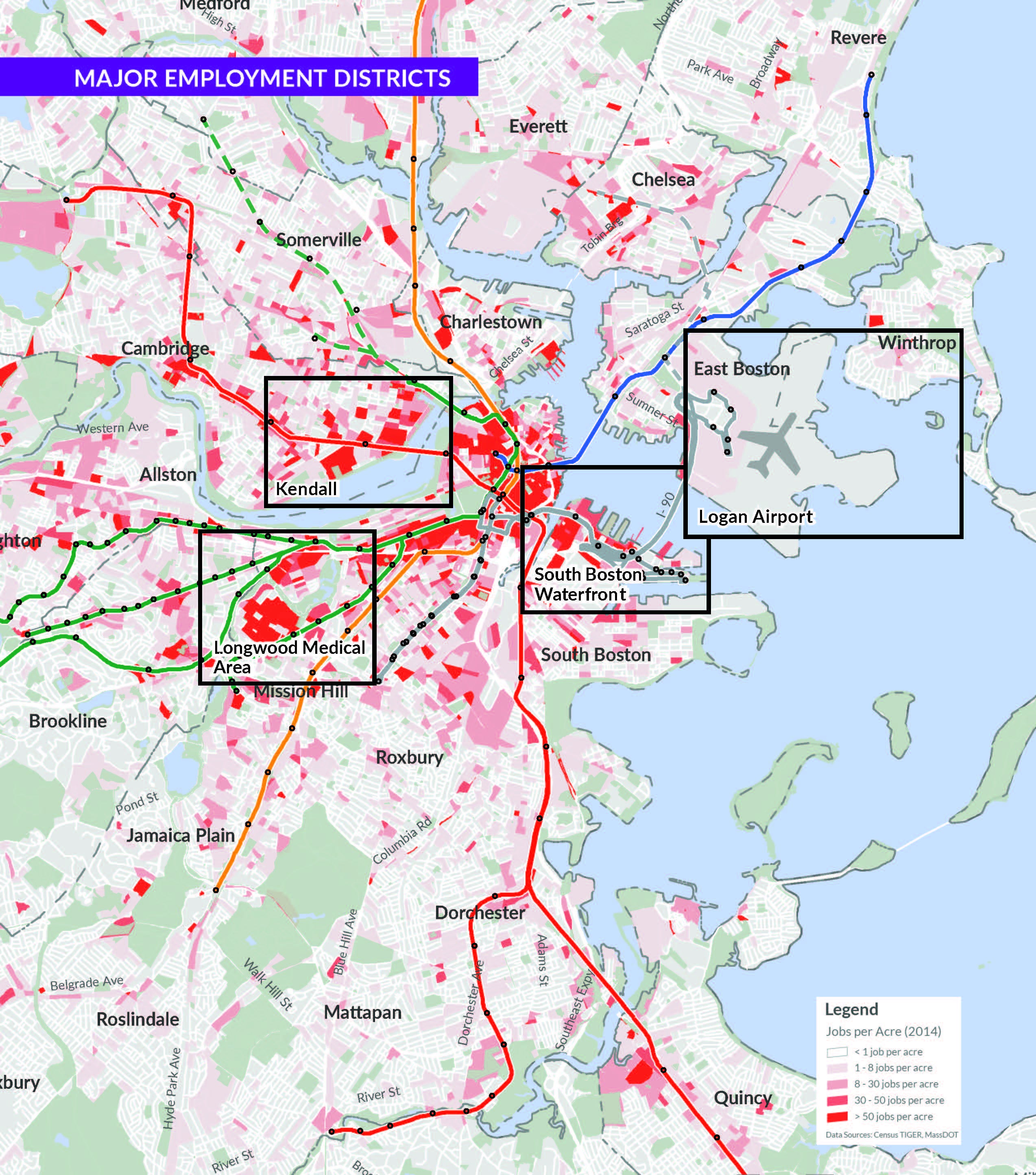 “Major employment districts” in the Boston area as outlined in this map included in the Focus 40 plan.

By 2040, the MBTA also wants to have a system that “… is at the cutting edge of using technology to enhance the transit experience and encourage transit use.”

Some of those plans are already being put in motion, according to the report, which says the agency is working to put real-time information into stations and bus stops as well as digital screens inside new Red and Orange line train cars by 2023.

Other technology upgrades currently in the works include automated fare collection — which can correspond to payment from fare cards, smartphones, and contactless credit cards — in the next few years and platform barriers and doors by 2040, according to the document.

Can it be done?

There’s no definitive dollar amount for all of the planned projects and big ideas, but officials are currently working on a number of listed commitments through 2023.

Those include upgrades such as extending the Green Line into Somerville and Medford and bringing on board new trolley cars; creating commuter rail connections between Boston and southeastern Massachusetts through Middleborough; and rolling out shiny new trains for the Red and Orange lines, among others.

“Next priorities,” or projects to finish by 2040, include building a downtown pedestrian walkway to connect the Red and Blue lines; extending the Silver Line buses to Everett; expanding capacity on the Green Line’s D and E branches; building up the MBTA’s bus fleet with zero-emissions vehicles; and constructing a regional, multimodal “West Station” on the Worcester commuter rail line in Allston, among others, the plan says.

“We tried to develop the next priorities as things that are achievable,” Slesinger said.

Chris Dempsey, director of Transportation for Massachusetts, a coalition of organizations that advocates for transportation policies, said the Focus40 plan is on the right track, but specifics on how to take the plans off paper and into reality are needed.

“We applaud the MBTA and MassDOT for thinking about the future overall,” Dempsey said. “The … report has a hopeful vision for what the MBTA can be. What it’s lacking is clear funding numbers, and it’s far from certain that the T will have the dollars that the system needs for the region to grow.”

Dempsey said the absence of financial details in the plan illustrates a need for additional funding tools that have not been used before, such as regional transportation ballot initiatives, a mechanism that allows voters to approve money for local transit projects in city and municipal elections.

The option, which Dempsey’s group advocates for, is not currently authorized in Massachusetts but has been used to generate money through resources like property and sales taxes in other areas of the country, he said.

“The idea is to empower cities and towns and allow them to be more full partners with the state on funding projects,” he said.

“I think overall we want to give them credit, and we want to applaud them for what this [plan] represents, which is a concerted effort to lay out priorities,” he said. 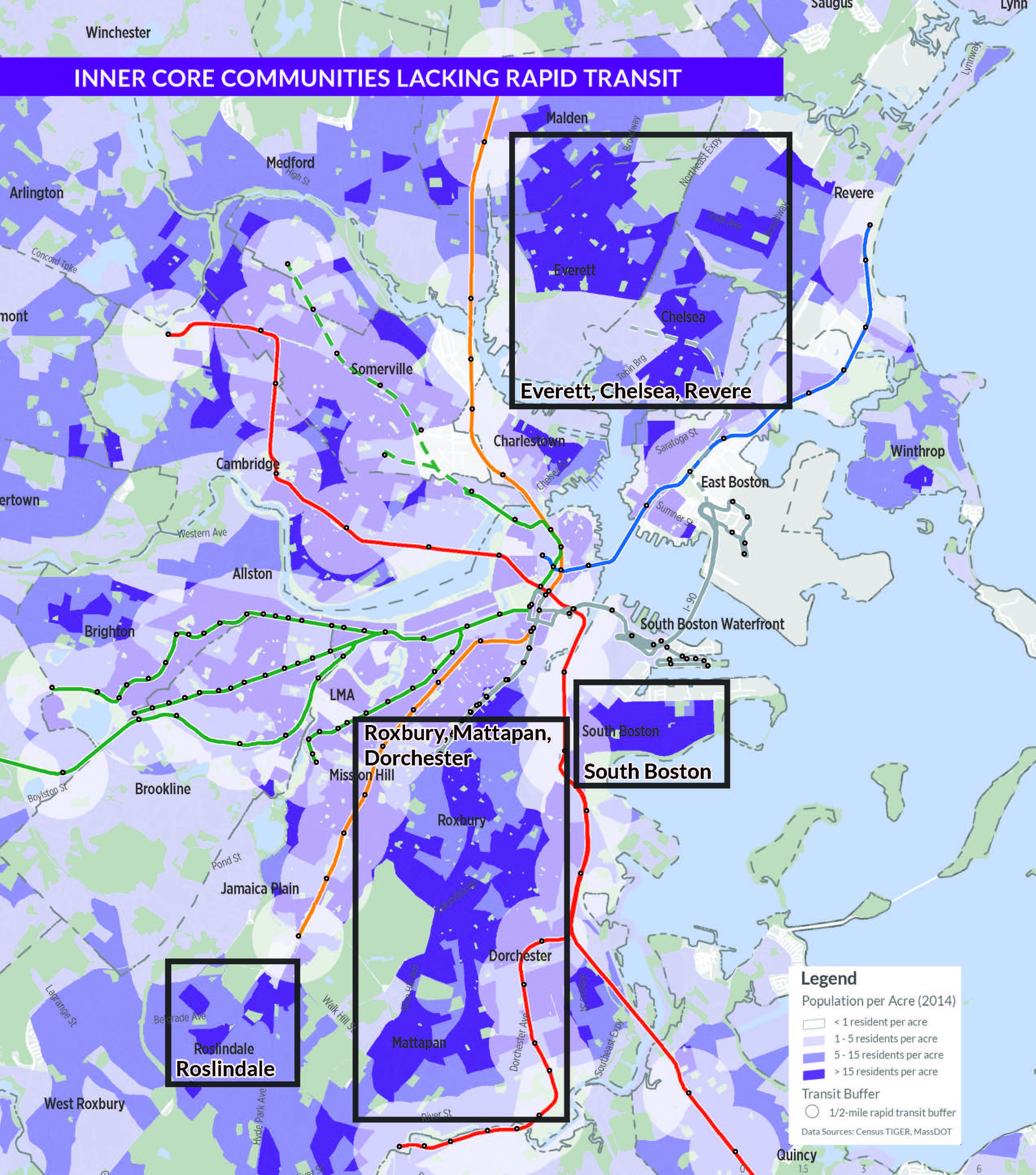 Neighborhoods in the greater Boston area that currently lack rapid transit service, as shown in a Focus 40 plan map.

The public comment period on the draft is open through Sept. 21, according to the MBTA and MassDOT, with a feedback form available at mbtafocus40.com.

A final version will be released in the fall. 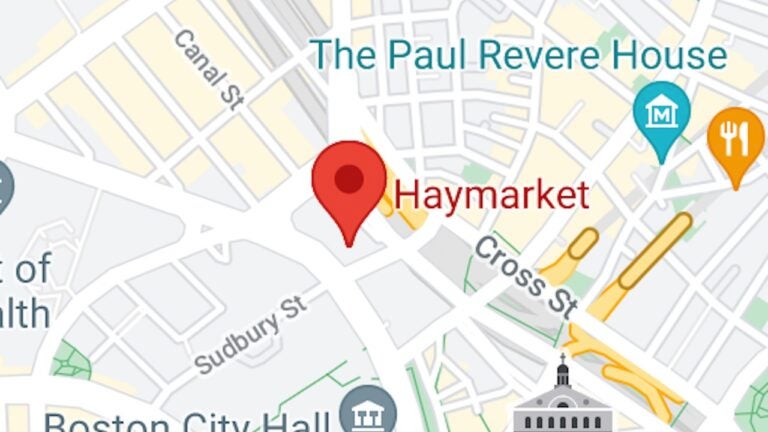