On Sunday, NeNe Judge will ride her motorcycle to Adams Street in Dorchester. Her Ride for Peace will take her back to the spot where, earlier this month, a man unleashed a tirade against her to get out of “his neighborhood.”

Judge, who is a union painter studying construction management at Wentworth Institute of Technology, said she decided to organize the ride to “just let people know that motorcycles are OK.”

Starting at 2 p.m. Sunday, Judge and other motorcyclists will ride from Fields Corner to Adams Street before continuing on to a community cookout at 96 Radcliffe St. in Dorchester.

Judge launched a GoFundMe page, which has already reached its goal of $2,500, to raise money for the event. 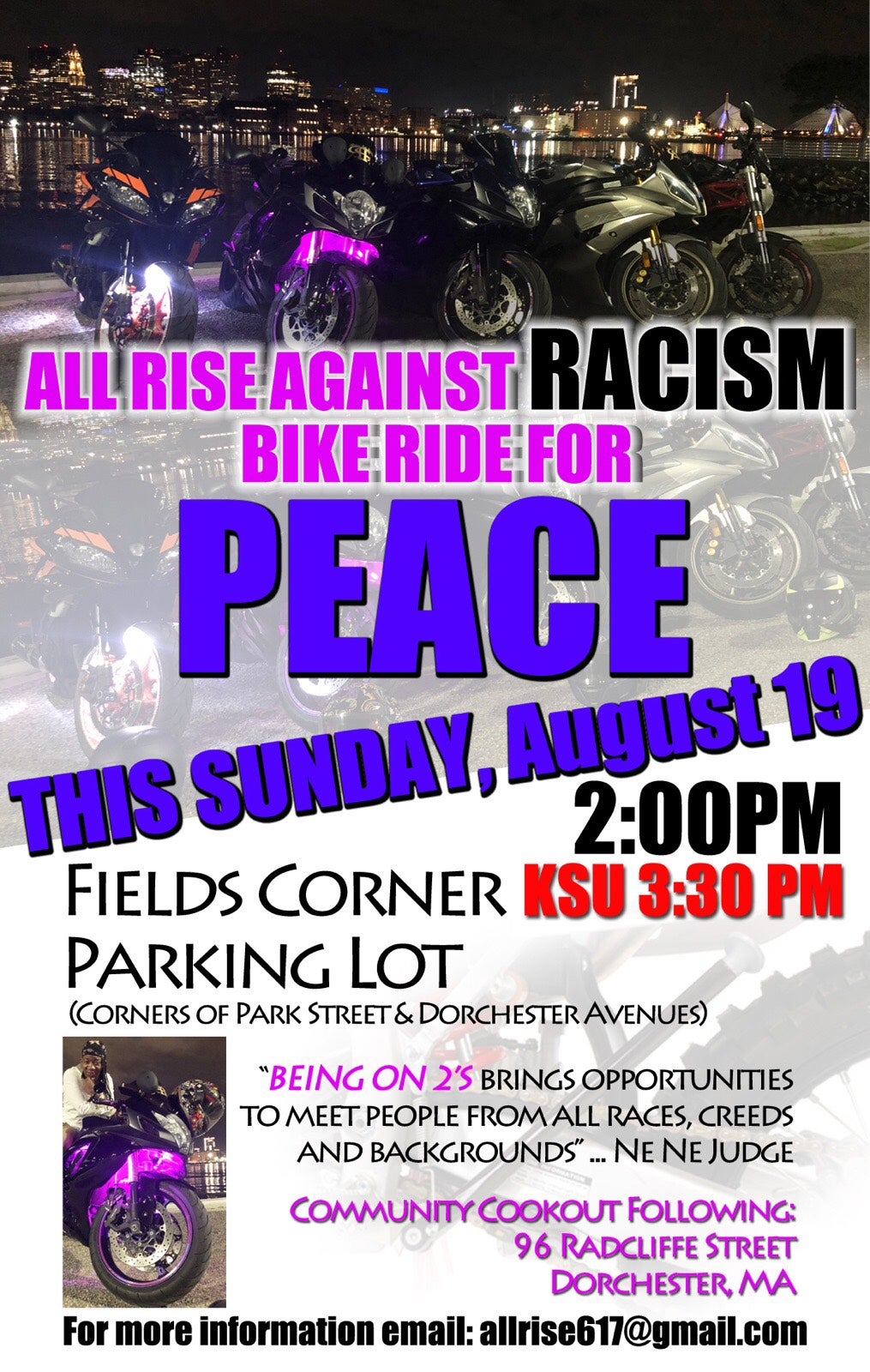 “Some of you may have heard about something that happened to me recently, but you need to know there’s more to me than that incident,” she wrote on the page. “… I plan to create opportunities for other women and people of color in the construction business when I finish my degree. This is a small glimpse into who I am, there’s more to me than the previous and definitely more than what you all saw me experience the other night. I’m dealing with it and one of the ways I relieve stress is riding my baby “All Rise 617”, she’s a Suzuki 600.”

Judge said the outpouring of support in response to the video she shared of a Dorchester man screaming expletives at her and her husband on Aug. 3 is “overwhelming.” The man, 54-year-old Paul Sheehan, is facing a disorderly conduct charge and could face civil rights charges for the rant he directed at the couple.

Depending on Sunday’s turnout, the Roslindale woman said she hopes the group participating in the ride can stop on Adams Street, turn off their engines, and momentarily “sit there in peace.” But if the turnout is too great, the motorcyclists will keep moving to the cookout, which starts at 4 p.m., she said.

If you don’t have a motorcycle but want to support the event, Judge said anyone is welcome to see the bikers off at the start or join them at the cookout.

“Just come and support in any way you can,” she said.