Officials closed part of Duxbury Beach on Monday morning after a dead whale washed up on the shore.

Duxbury police said the immediate area of the first crossover at the beach was closed and shared a photo of the large whale at the water’s edge.

“Please stay away so Marine Biologists and Duxbury officials tend to the matter,” the department wrote.

A whale has washed ashore on Duxbury Beach this morning. Immediate area of the first crossover is closed. Please stay away so Marine Biologists and Duxbury officials tend to the matter.

The New England Aquarium is assisting with the town’s response, according to the Duxbury Harbormaster Department.

Tony LaCasse, a spokesman for the aquarium, said the deceased animal is a fin whale, known commonly as a finback, and is estimated to be about 55 feet long.

“Finback whales are a whale species that most people on a whale watch have probably seen,” he said.

They are second most-common whale seen on whale watches in the area and the second longest whale species in the region, according to LaCasse.

“They’re often called the ‘greyhound of the sea,’” he said.

Experts believe the animal died at least two or three days before it washed up on Monday. Based on the photos they’ve seen so far, LaCasse said it doesn’t appear that the whale suffered any kind of trauma.

“This just could be normal mortality,” he said.

LaCasse said aquarium staff will do an initial exam on the animal before it is hauled to higher ground for a more extensive investigation and necropsy. Once the examination is complete and samples have been taken, Duxbury officials will bury the animal on site, he said. 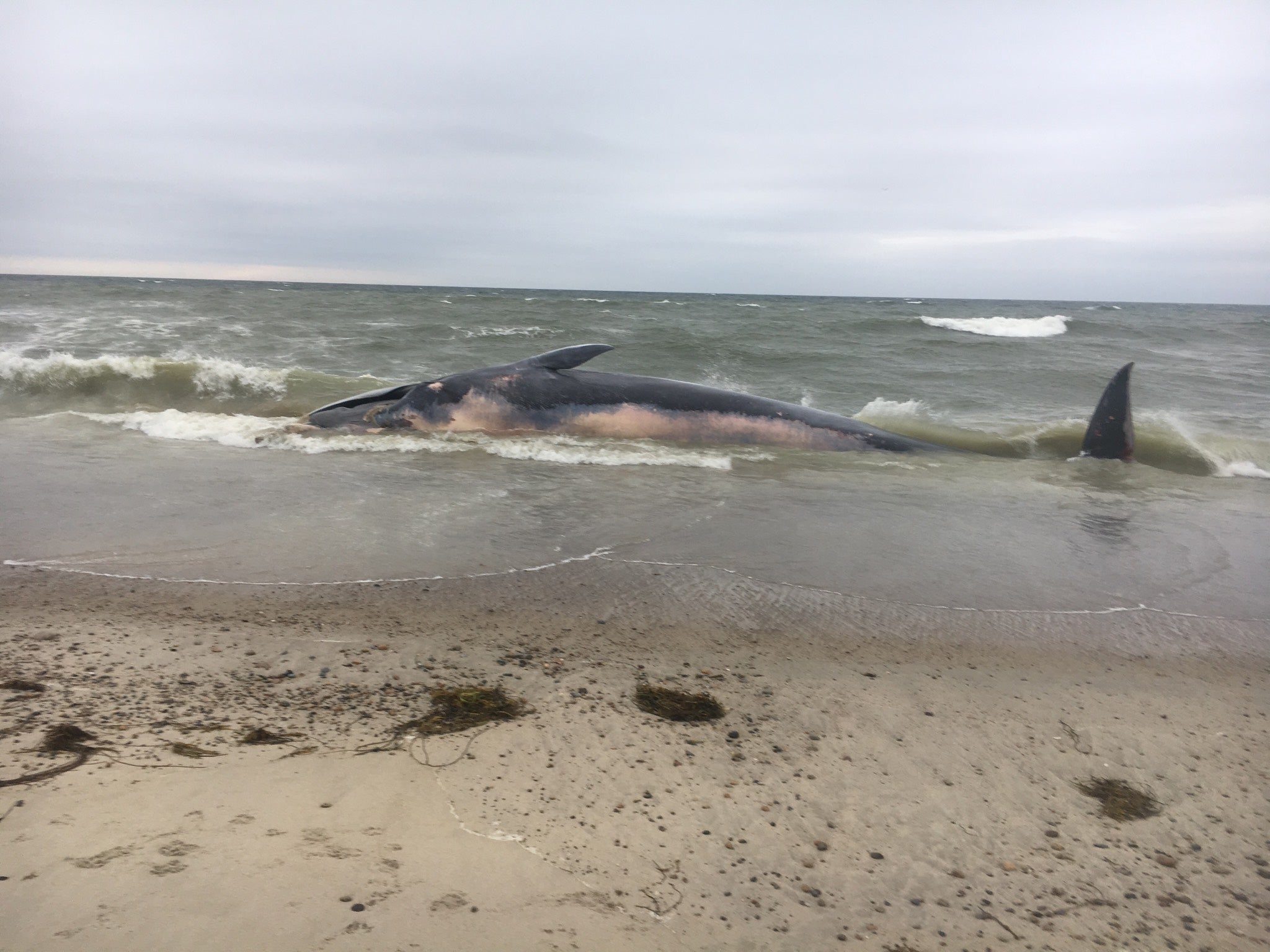