The state’s Cannabis Control Commission has put another piece of the emerging recreational marijuana business in place; a piece whose absence has received some of the blame for the delayed industry rollout: independent testing laboratories.

The regulatory group issued provisional licenses Thursday to two laboratories, Salem’s CDX Analytics, LLC and MCR Labs, LLC in Framingham, which means the state has now signed off on provisional licenses in all areas of the business, from growing the drug to testing and selling it.

Brian Strasnick, president and CEO of CDX Analytics, said Friday he thinks with the provisional license in hand, things will move quickly to final approval, and eager marijuana customers could potentially see products on the market by early fall.

Both CDX Analytics and and MCR Labs currently test medical marijuana, but state laws require them to also get a license to test the drug for recreational use.

Strasnick isn’t alone in his view that the Bay State’s marijuana market could finally open soon.

“(The laboratories are) already operational so my hope is that it will be a relatively quick turnaround until they come back to us and say they’re ready to be inspected and get the final license,” Commission Chairman Steve Hoffman said Thursday, WBUR reports. “So I think we’re still talking about the same time frame [for recreational sales], which is it’s going to be late summer or early fall.”

The road to provisional licensure

State laws require marijuana manufacturers to have their products tested by independent laboratories before they can be sold at retail shops.

The Cannabis Control Commission, although it had approved provisional licenses to manufacturers and sellers, had not until this week approved them for testing laboratories. The discrepancy has been considered one reason — along with a lack of laboratory applications  —  why retail store openings have been delayed past the initial target date of July 1.

Shaleen Title, one of the group’s five commissioners, took to Twitter before the commission’s meeting this week with a message for folks who’ve griped about the slow rollout.

“[O]h look at that, labs are on the agenda, you all can chill the hell out,” Title wrote.

But the leaders of the laboratories given their first green light this week said that the lengthy and time consuming process is understandable.

“I think we have been marching along,” MCR Labs President and Founder Michael Kahn said, adding that the company had to complete requirements, like holding community meetings and securing a Host Community Agreement, for its initial application. “The process takes a lot of time.”

Strasnick said the provisional license approval for laboratories was “probably the last piece of the puzzle.”

He acknowledged the commission’s charge is not an easy one.

“They’ve been tasked with a really difficult job,” he said. “To their credit they really wanted to get his right and wanted to cross all the T’s and dot all the I’s. I can really applaud them for that. It’s been a truly Herculean task for them.”

A third laboratory, EVIO Labs Massachusetts, from Southborough, has submitted an application for a provisional license, according to commission records.

With one step in the process now completed, lab owners must next fingerprint their staff; show state inspectors they comply with regulations; pay a license fee; register in a product-tracking system; and provide the state with additional information not available when they filed their application, according to the Cannabis Control Commission.

But it seems the jury’s still out on what exactly inspectors will want to see.

Strasnick said he doesn’t think the review will be too cumbersome — pointing to the fact CDX Analytics is already up to extensive standards set by the state Department of Public Health for its medical marijuana operations — but exactly what the inspection will entail remains unclear.

MCR Labs currently handles thousands of marijuana samples all the time for medical testing, according to Kahn, who said the testing methods for his lab will be the same for both medical and recreational use.

The commission has been helpful with guidance, but, since the whole recreational marijuana industry is so new, it’s hard to know what specifically the laboratories should anticipate, he said.

Kahn thinks getting a final license is doable within a few weeks, although it’s difficult for him to pin down a firm timeline for marijuana hitting the legal market, he said.

“How should I really know exactly what they want? I haven’t done this before,” he said of the inspection. “Nobody has.”

But looking ahead, Kahn indicated he’s very much aware of a “bottleneck” issue that’s arisen in other states where marijuana sales are legal.

In California, a limited number of testing laboratories created supply problems for the market, and similar problems surrounding testing requirements were reported in Oregon.

“Hopefully we won’t be that,” Kahn said. “It’s kind of hard to tell but the more communication we have from the state, the growers, and the processors, the less the bottlenecks will be us, my company. And that big problem that everybody else is complaining about: The solution needs to be now, not when it happens.”

While bringing laboratories on board in Massachusetts is a key step to the industry rollout, their absence is not the sole reason why the state hasn’t seen a speedier start to the retail market.

As Boston Globe marijuana reporter Dan Adams pointed out in his Aug. 18 newsletter, “This Week in Weed,” the commission had yet to review employee paperwork for marijuana workers.

Adams has also noted that manufacturers and others who have received provisional licenses have not said they’re ready for a final license to start business.

Despite the uncertainty about the inspection entails, Kahn, pointing to the fact people are still using untested marijuana, said he wants to get the laboratory’s recreational marijuana testing up and running.

“I just don’t know what the inspection phase holds for us, but I want to get it going because I believe we will make things safer for people,” he said. 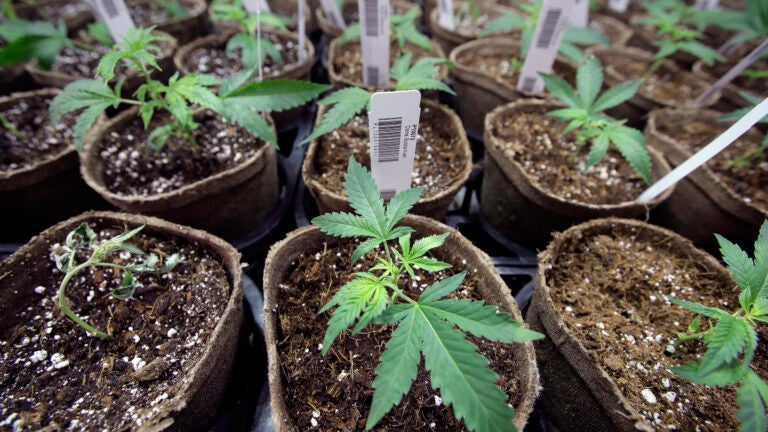