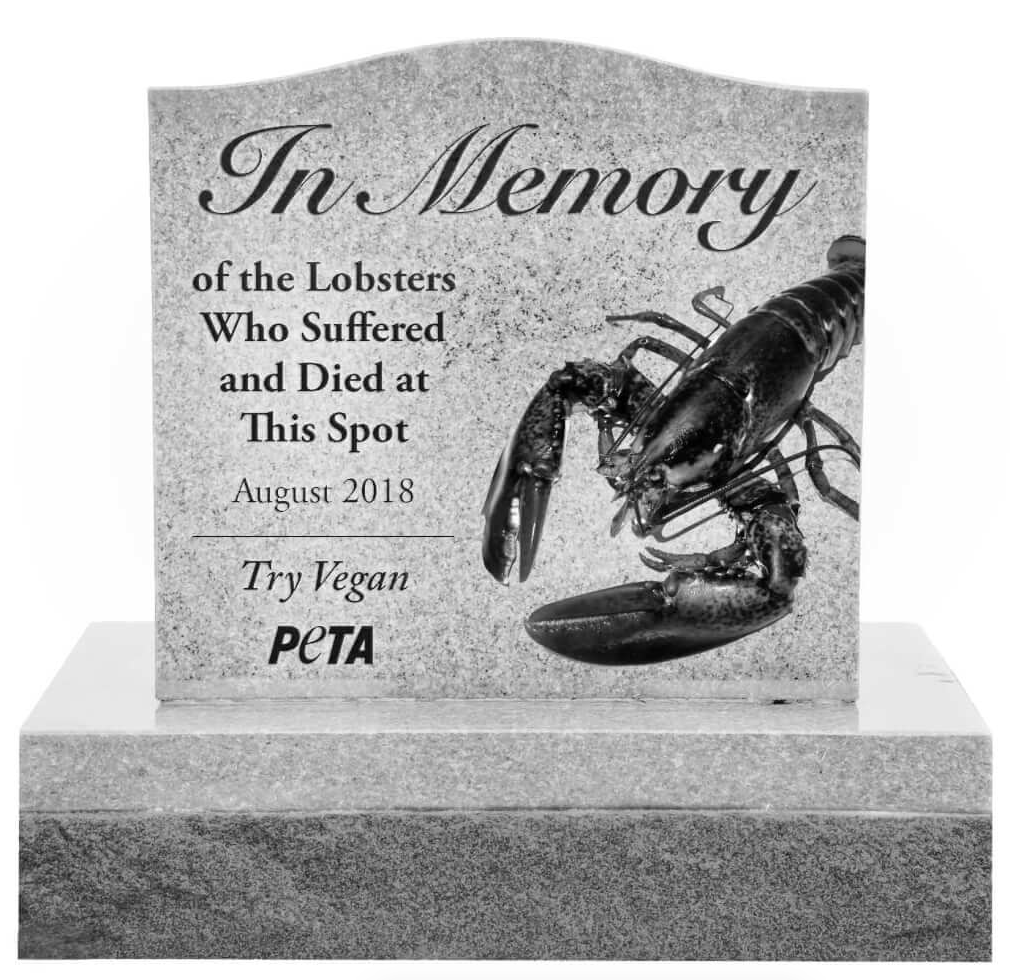 A rendering of the memorial proposed by PETA for alongside Route 1 in Maine.

Maine officials denied a request Thursday from animal rights advocates to create a memorial along Route 1 after a crash last week sent 7,000 pounds of live lobster into the street.

People for the Ethical Treatment of Animals, or PETA, sent a letter to the state’s Department of Transportation Wednesday requesting permission to erect a 5-foot-tall tombstone memorial near the crash site in Brunswick.

“Countless sensitive crustaceans experienced an agonizing death when this truck rolled over and their bodies came crashing down onto the highway,” Tracy Reiman, PETA’s executive vice president, said in a statement. “PETA hopes to pay tribute to these individuals who didn’t want to die with a memorial urging people to help prevent future suffering by keeping lobsters and all other animals off their plates.”

But Maine officials said they had to turn down the request, citing safety concerns and rules that regulate busy “controlled-access” highways like Route 1, which include the prohibition of signs.

“Control-of-access areas may have a very high volume of car and truck traffic as well as a high speed limit that could create a potential hazard to motorists should development and signs be allowed in these sections,” Department of Transportation Chief Counsel Jim Billings wrote in a response letter to PETA.

Breaking: the Maine DOT has DENIED a request from PETA to put up a memorial tombstone for the lobsters that died on Rt 1 crash @NECN @NBC10Boston pic.twitter.com/NpFfR9ymLX

The Aug. 22 crash backed up traffic for hours after the truck drove off the right shoulder and rolled over, leaving the driver with minor injuries and 60 to 70 crates of lobsters in the roadway.

PETA’s roadside memorial would serve as a reminder that folks should become vegan “to prevent such tragedies,” director Danielle Katz wrote to Maine officials in her letter, provided to Boston.com.

“Scientists have confirmed that lobsters have sophisticated nervous systems, and because crustaceans don’t enter a state of shock when injured, they feel every moment of their slow, painful death — whether from being torn limb from limb on the road or at the slaughterhouse or when they’re boiled alive in pots,” Katz wrote.

The letter says the crustaceans in the crash were packed into “tight transport carriers, only to be violently thrown across the pavement, shells and limbs ribbed from their bodies in the process.”

In an email to Boston.com Thursday, Audrey Shircliff, assistant press coordinator for PETA, said that the organization still plans to place the memorial but in a different location than first planned.

“We’ve asked (the Department of Transportation) to give us the nearest permissible location for the memorial,” she wrote.

Whether lobsters can feel pain has been a longstanding debate in the scientific community although there’s no definitive answer. Bob Bayer, executive director of the Lobster Institute at the University of Maine, told The Portland Press Herald lobsters likely don’t feel pain, but scientists are not likely to reach a conclusion on the subject.

PETA initially proposed the Route 1 memorial be placed after the Cook’s Corner exit and as far from the road as possible so it will not distract drivers, Katz wrote.

“At a time when animal transport accidents are becoming more common, this memorial would be an effective way to remind truck drivers and Brunswick residents of their responsibility to fellow motorists and animals,” she wrote.

PETA also announced this week plans for a billboard to memorialize turkeys killed in a California crash last week after the truck carrying them drove off a roadway. The driver was treated for minor injuries. 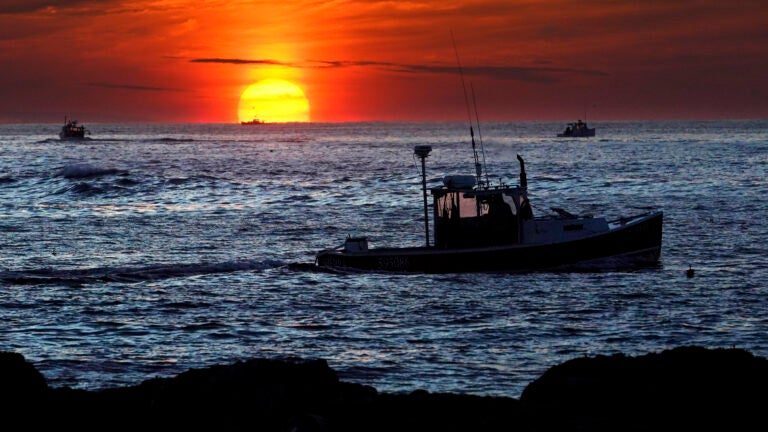