The shark’s teeth cut deep, carving through William Lytton’s skin, through the muscle of his left leg, all the way down to the bone.

“The injury was similar to the types of injuries that we saw during the marathon [bombings], in that it was major trauma to the leg, with massive soft tissue wounds,” Ryan told Boston.com.

The surgeon said the 61-year-old neurologist from Scarsdale, New York, is lucky.

“He did not injure any major nerves or blood vessels in the leg,” Ryan said.

Lytton was swimming in about 8 to 10 feet of water off Longnook Beach in Truro on Aug. 15 when a shark bit his left leg. The 61-year-old said he punched the ocean predator in the gills to escape, and beachgoers helped to stem the bleeding when he made it to shore.

“The pain was really excruciating,” Lytton told the Associated Press. “I remember the helicopter landing and then nothing for the next two days.”

He was released from Tufts Medical Center on Sunday and is now undergoing physical therapy at Spaulding Rehabilitation Hospital.

“My initial thought was really kind of in shock that something like this had happened,” Ryan said. “I had never seen anything like this before, or at least the way that it happened.”

The doctor said his primary role was to take care of Lytton’s severely injured left leg.

“Depending on what’s injured, the wounds are treated in a systematic way regardless of how it happened,” he said. “So if we’re dealing with deep cuts in the leg, the first step is to make sure that the wound is clean.”

While cleaning the wound, Ryan and his colleagues found shark teeth. Next, the doctors removed any damaged tissue before starting to reconstruct and repair the skin and muscle.

“The cuts themselves in the leg were very almost precise,” Ryan said. “I won’t classify myself as a shark expert, but to me, it seemed like it could have been a lot worse if it weren’t for Dr. Lytton’s quick actions when the shark grabbed ahold of him. The cuts were clean and repairable because he acted so quickly.” 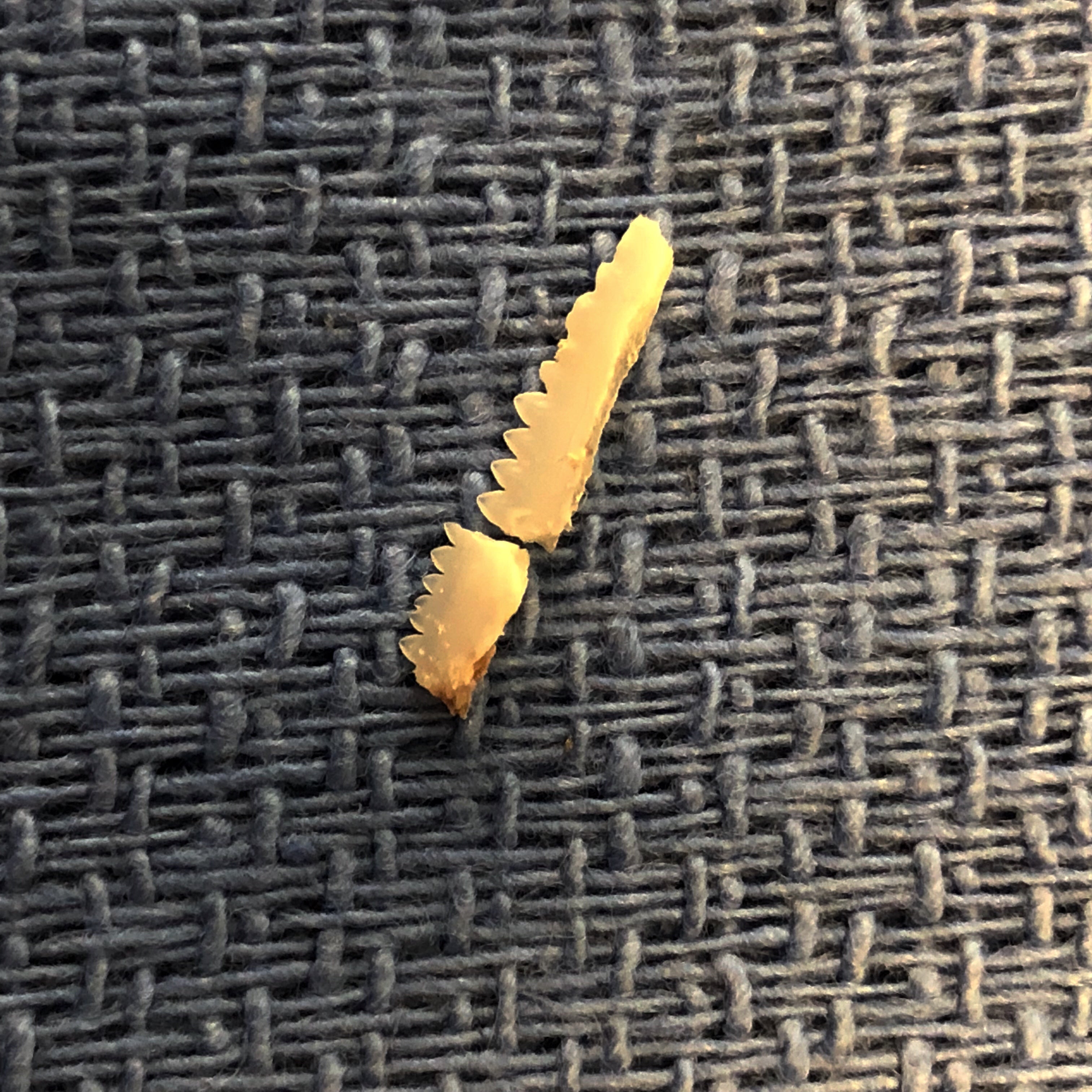 The actions of good Samaritans on the beach and EMS personnel also played a significant role in preventing a worse outcome.

“It’s not just the care that he got once he came to the hospital,” Ryan said. “From the moment he hit the beach, everyone’s quick thinking, they were an integral part of this.”

All in all, Lytton underwent eight surgeries that took about six hours total, the doctor said.

“It looks very artistic,” Lytton said this week of the hundreds of stitches under his bandages.

Ryan said the recovery process for healing from wounds like the ones Lytton sustained is a long one — both physically and mentally, but the doctor said the 61-year-old’s prognosis is “pretty good.”

“Knowing what I know now about Dr. Lytton, getting to know him after all the surgeries that we’ve done, he’s an impressive man, and he has a very good support system,” Ryan said. “So I suspect that because of who he is that he’ll have a very good recovery. It will take quite some time to get his strength back in his leg.”

Lytton is walking on his leg now, and Ryan expects that he will be allowed to start bending his knee in the next four to six weeks.

“We can say right now that the surgeries are a success because right now everything is repaired, but I would really like to see what his function is six months, a year down the road,” the surgeon said of what he learned from the experience of treating a shark bite. “That’s one thing that we learned from the marathon. Success is not just being able to repair muscle and close skin, it’s function and function of the leg and how Dr. Lytton is able to live his life. I won’t know if the techniques that we used were ultimately successful until I see how he is six months or a year down the road.” 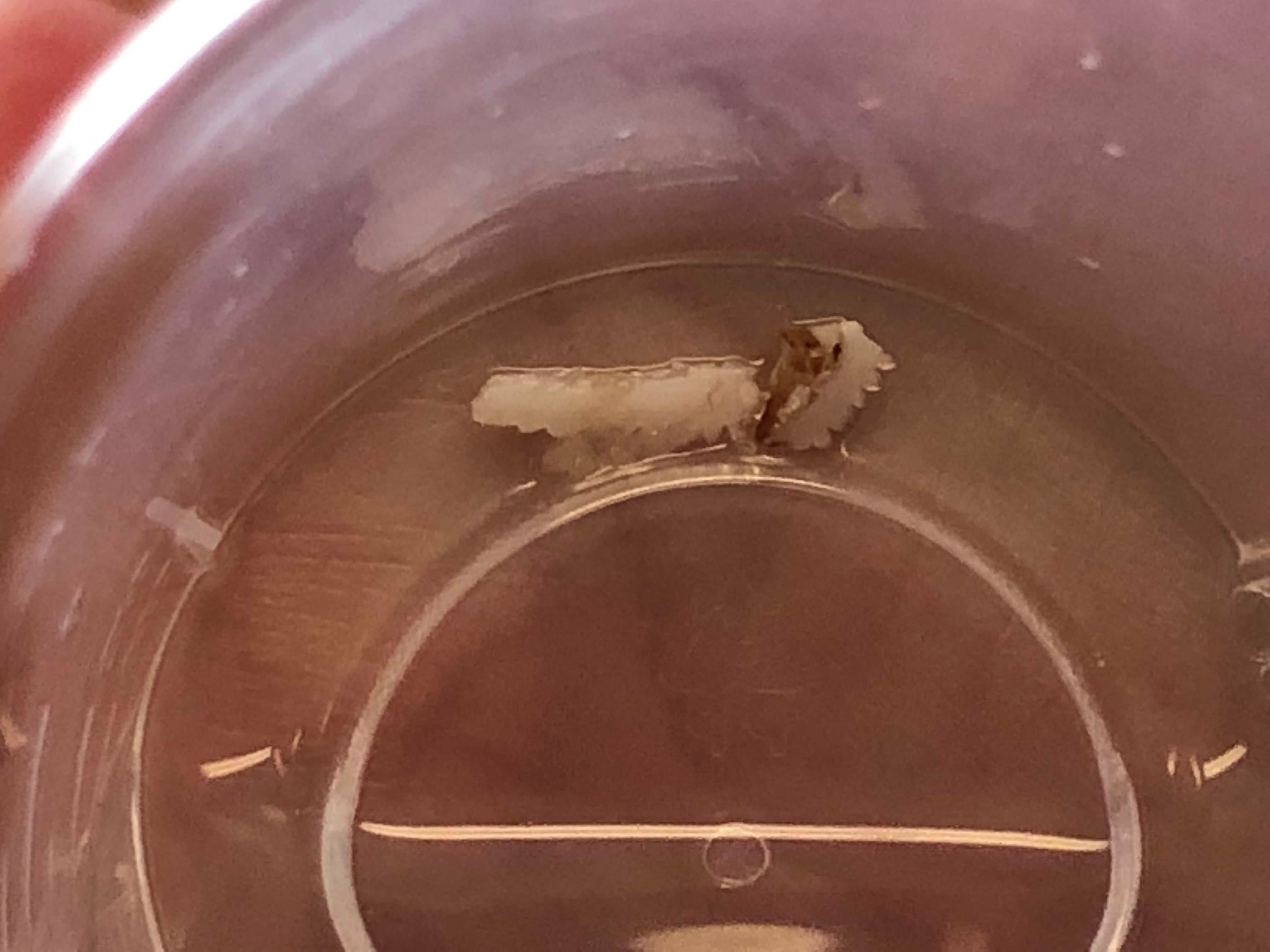 The New York doctor and his wife, June, have been positive throughout the ordeal, he said

“Obviously what a shock to get over what happened,” Ryan said. “But during the time that he had multiple surgeries and the immediate time after the surgeries, they have been incredibly positive and have a great attitude, and that’s one of the reasons why I think Dr. Lytton’s going to have a near-full recovery.”

Greg Skomal, the senior fisheries scientist for the state Department of Fish and Game who leads the Massachusetts Shark Research program, told Boston.com he believes a great white shark was responsible for the 61-year-old’s injuries “based on tooth fragments, extent of [the] wounds, and victim account.”

Skomal told the Cape Cod Times that great white sharks don’t chew their prey, rather they shake their head laterally, which allows their teeth to cut off a large chunk of their meal for them to swallow whole.

“Given the length and severity of the wounds, that shark was grabbing ahold to determine if this was a prey item,” Skomal said of the attack on Lytton.

Shark researchers and officials on the Cape have been urging beachgoers to be vigilant and aware of the presence of sharks off the coast, drawn in to shore by the rebounding population of their favorite prey: seals.

Ryan said that the experience of treating the victim of a shark attack left a lasting impression on him.

He’s visited Truro a few times himself, on the bay side of the town. He recalled that once when he took a kayak out on the water, the possibility of a sighting was on his mind “the entire time,” even though he knows that sharks tend to frequent the Atlantic side.

“Now that I’ve seen it happen, it would make me think twice about going out on the Cape,” he said. “The risk of having an injury like this is extremely, extremely low. But if it happens to you, the risk is 100 percent. So I tend to take that type of attitude with something like this.” 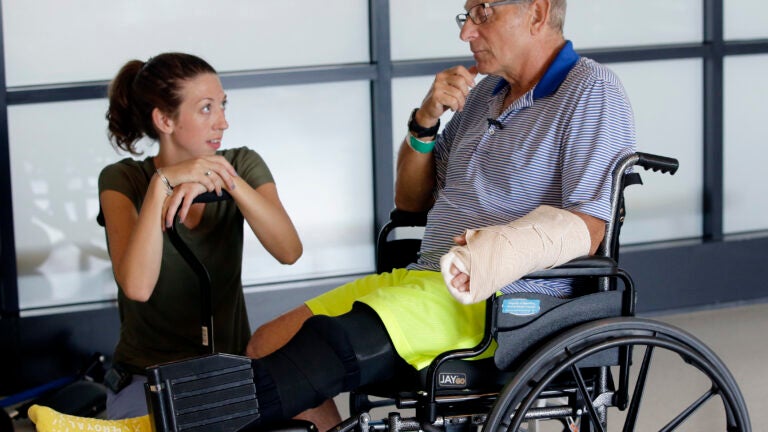