One of the vehicles flipped onto its roof; the people inside only had minor injuries, according to a Facebook post from the Barnstead Police Department.

The moose, on the other hand, died from its injuries.

PSA:The Barnstead Police Department presently has RT 28 in the vicinity of Maple Street Shutdown due to two vehicles…

Police warned motorists that with hunting season on the way, they should be aware that wildlife could cross into roads more often.

PSA:In light of the recent accident we had on RT 28 involving a moose and with hunting season coming upon us, wildlife…

Another moose died Saturday in Lake Champlain near South Hero, Vermont. While people gathered to observe the notoriously reclusive animal, the moose likely died from brainworm parasites, according to an expert, as reported by the Burlington Free Press on Tuesday. 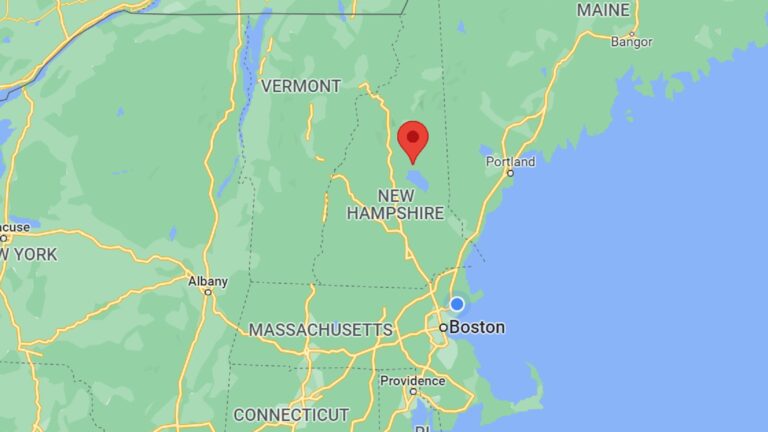 Man dies after truck falls through ice at NH pond