BOSTON (AP) — A funeral Mass was held in Boston Thursday for notorious gangster James ‘‘Whitey’’ Bulger, who was killed last week hours after he arrived at a troubled West Virginia prison.

The archdiocese of Boston said a private service for immediate family was held at St. Monica Church in South Boston, the once-Irish Catholic stronghold where Bulger grew up and ran his ruthless gang. Bulger’s body was present at the service and the burial is private, the archdiocese said.

Bulger was found beaten to death shortly after he was transferred to USP Hazelton, a federal penitentiary that has come under fire for its dangerous conditions . Officials briefed on the investigation have said two Massachusetts mobsters are under suspicion in the 89-year-old’s killing, but no charges have been brought.

Bulger, who ran a largely Irish mob in Boston in the 1970s and ‘80s and ratted on members of the New England Mob to the FBI, was serving a life sentence for 11 underworld slayings and a long list of other crimes.

He spent 16 years as one of America’s most wanted fugitives until he was found in 2011, living with his girlfriend, Catherine Greig, in a rent-controlled apartment in Santa Monica, California.

The priest who offered the Mass said the church is ‘‘certainly aware of the deep pain that innocent victims of crime and violence live with every day.’’

‘‘As Catholic priests we are called to bury the dead and pray for God’s justice and mercy,’’ the Rev. James Flavin, pastor of St. Monica-St. Augustine Church said in a statement. ‘‘We entrust our final judgment to God,’’ he said. 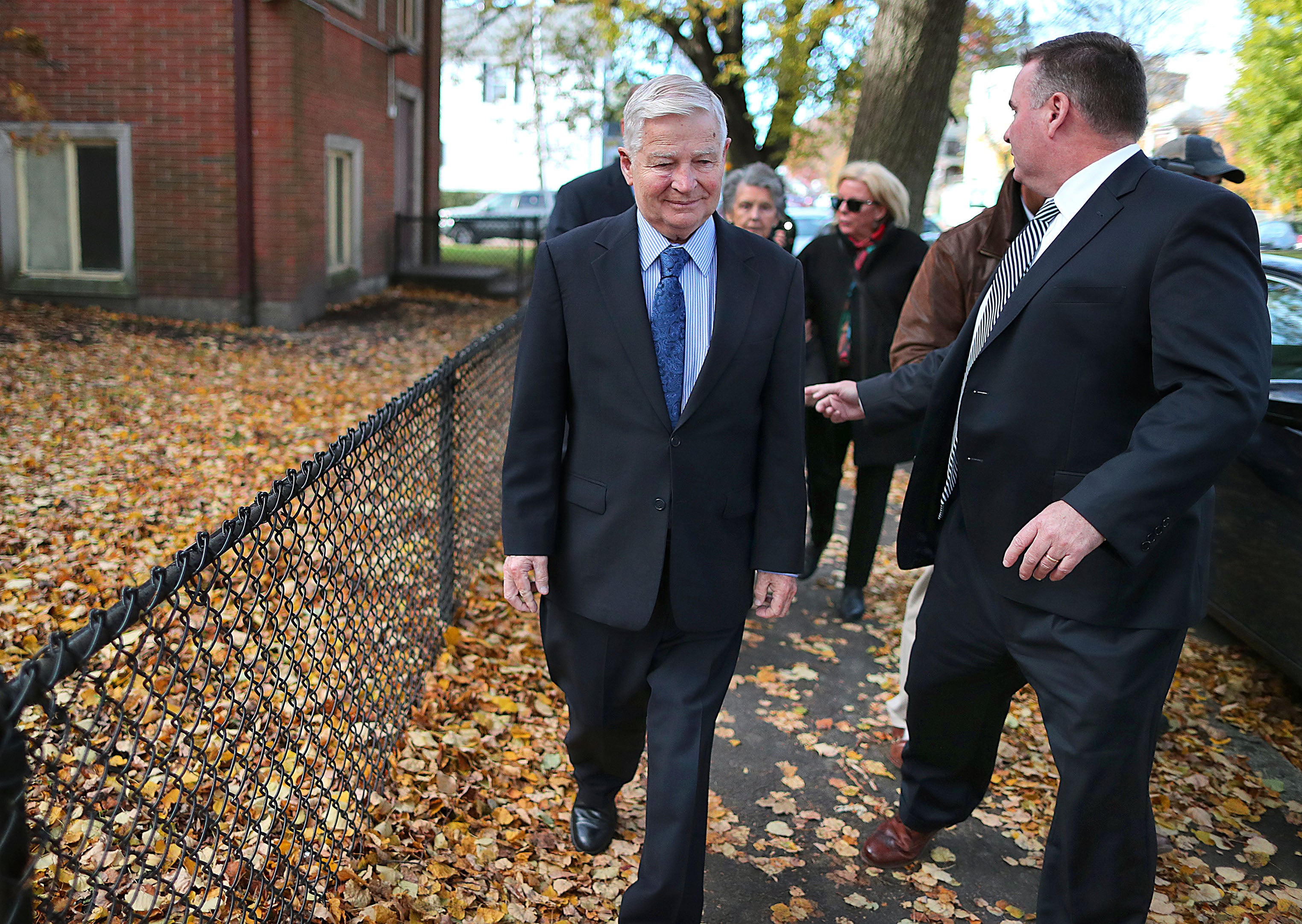 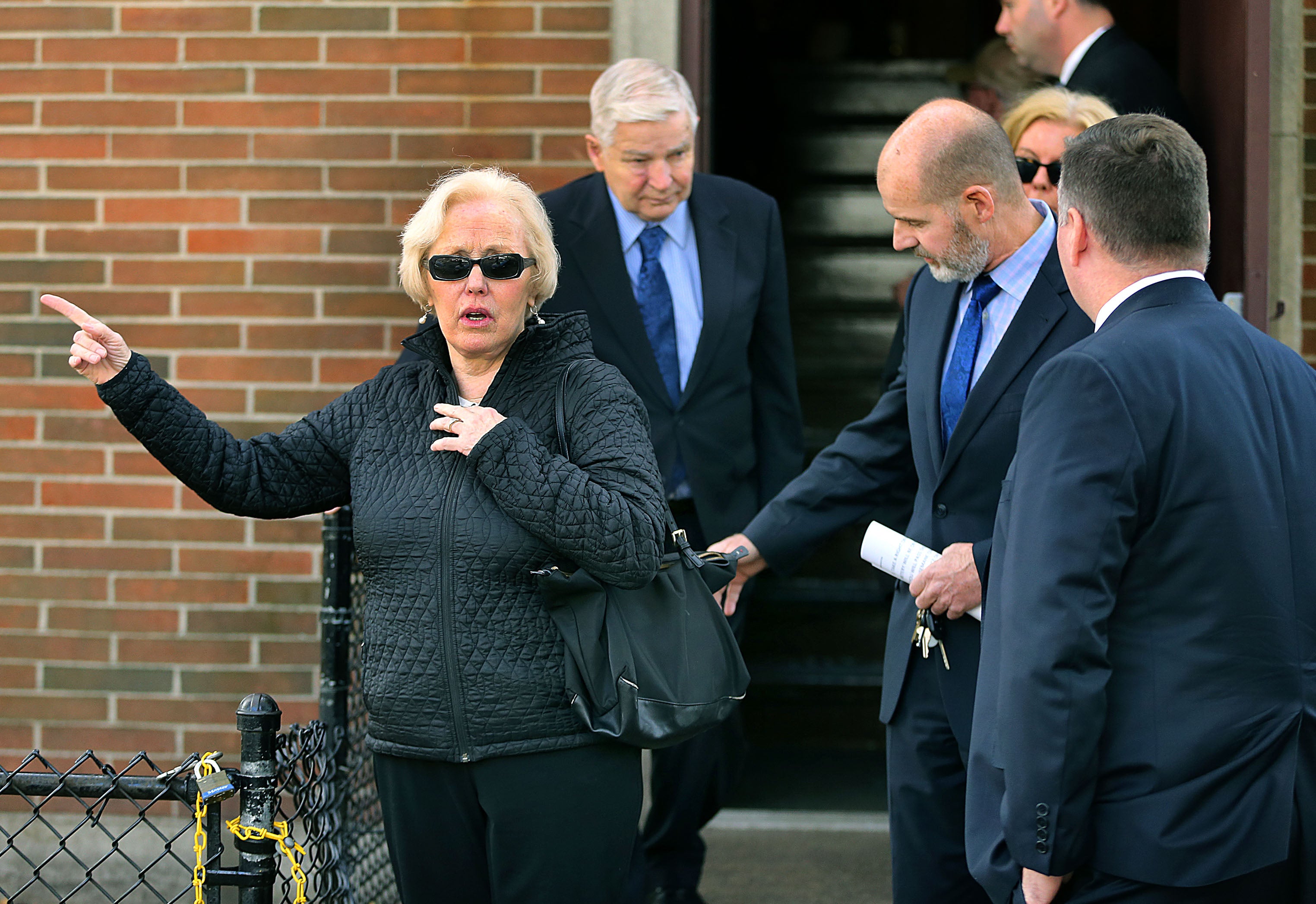 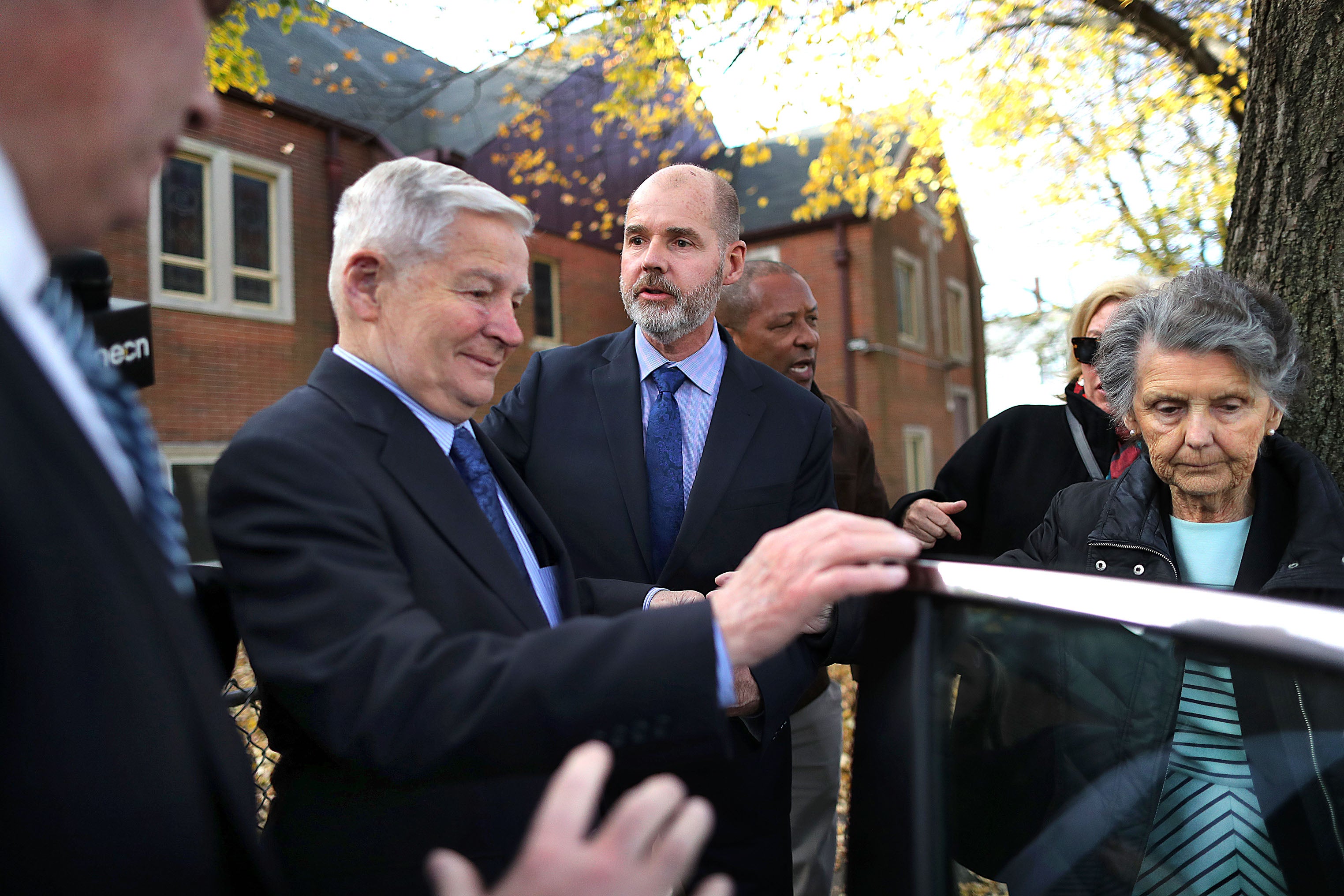 William Bulger leaves the church after the service with his wife, Mary, as his son helps him into the car. 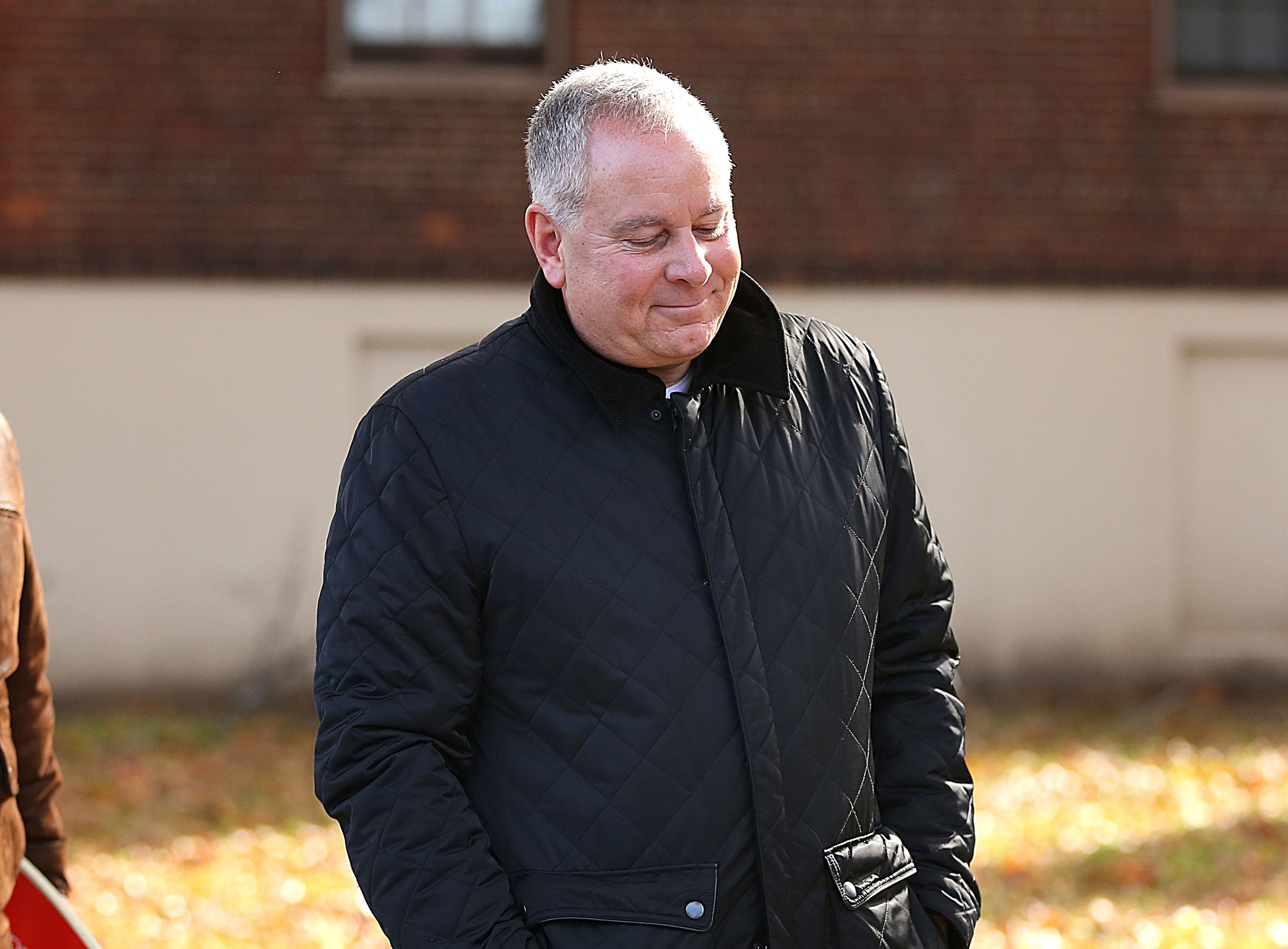 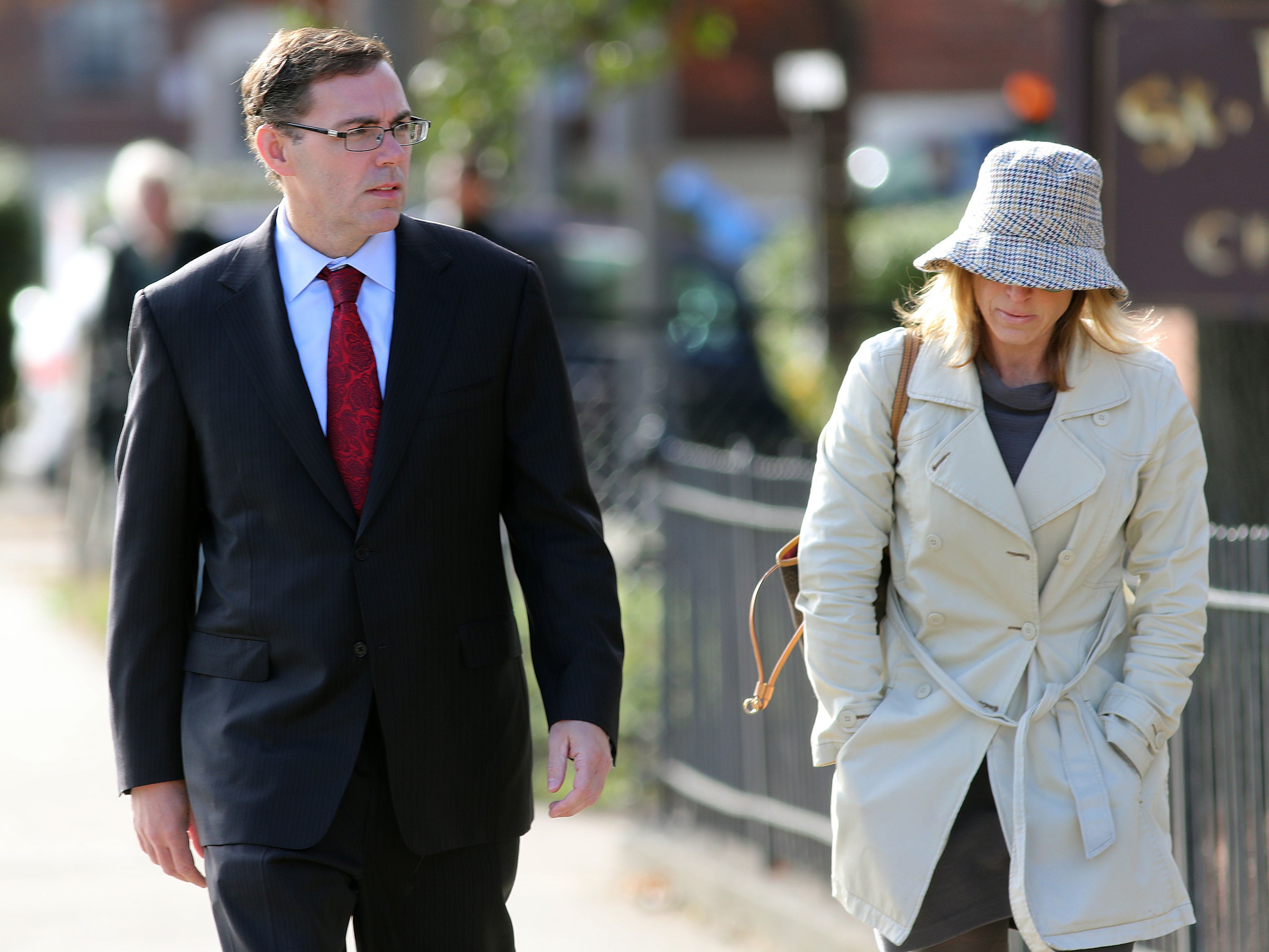 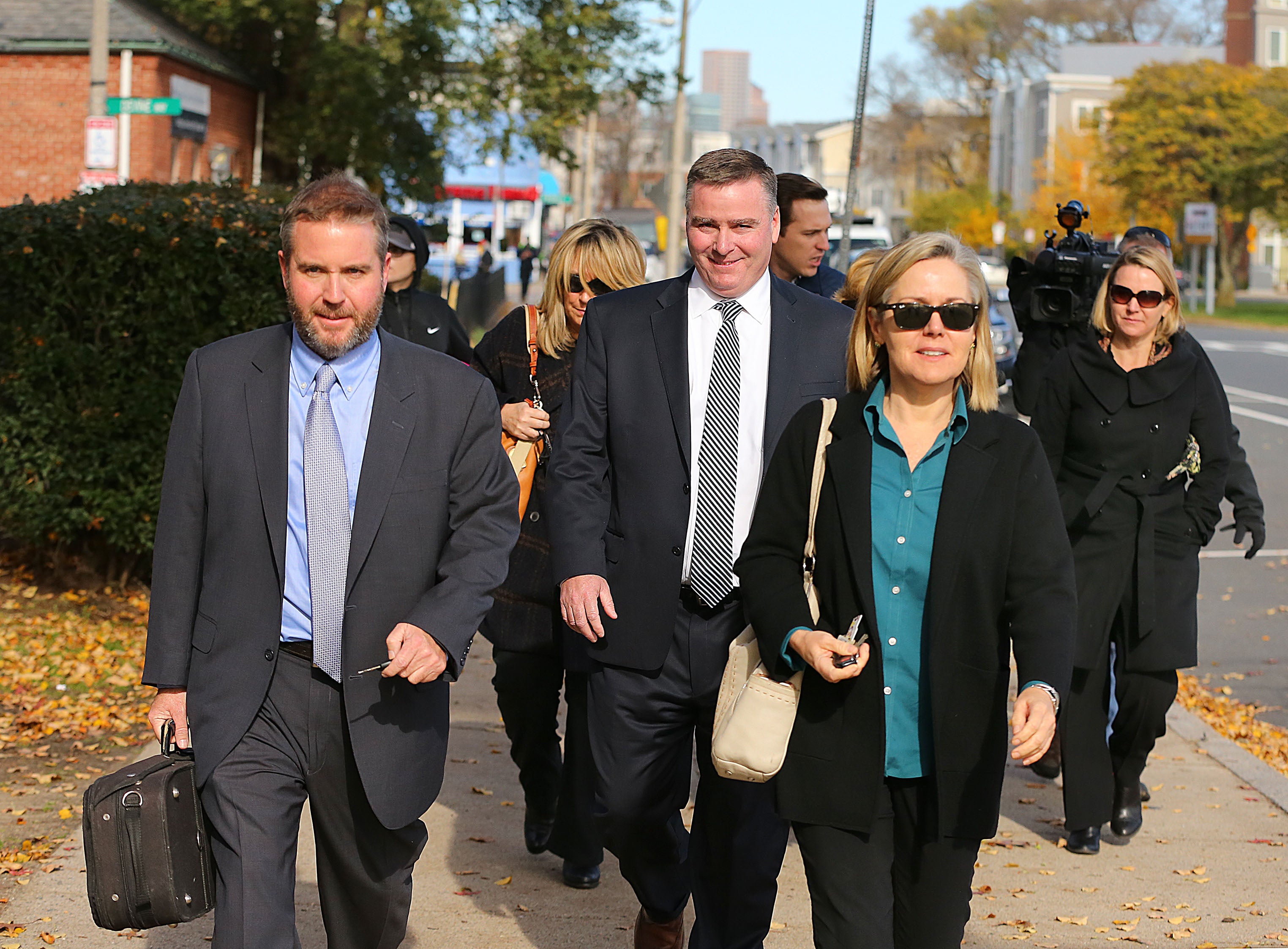 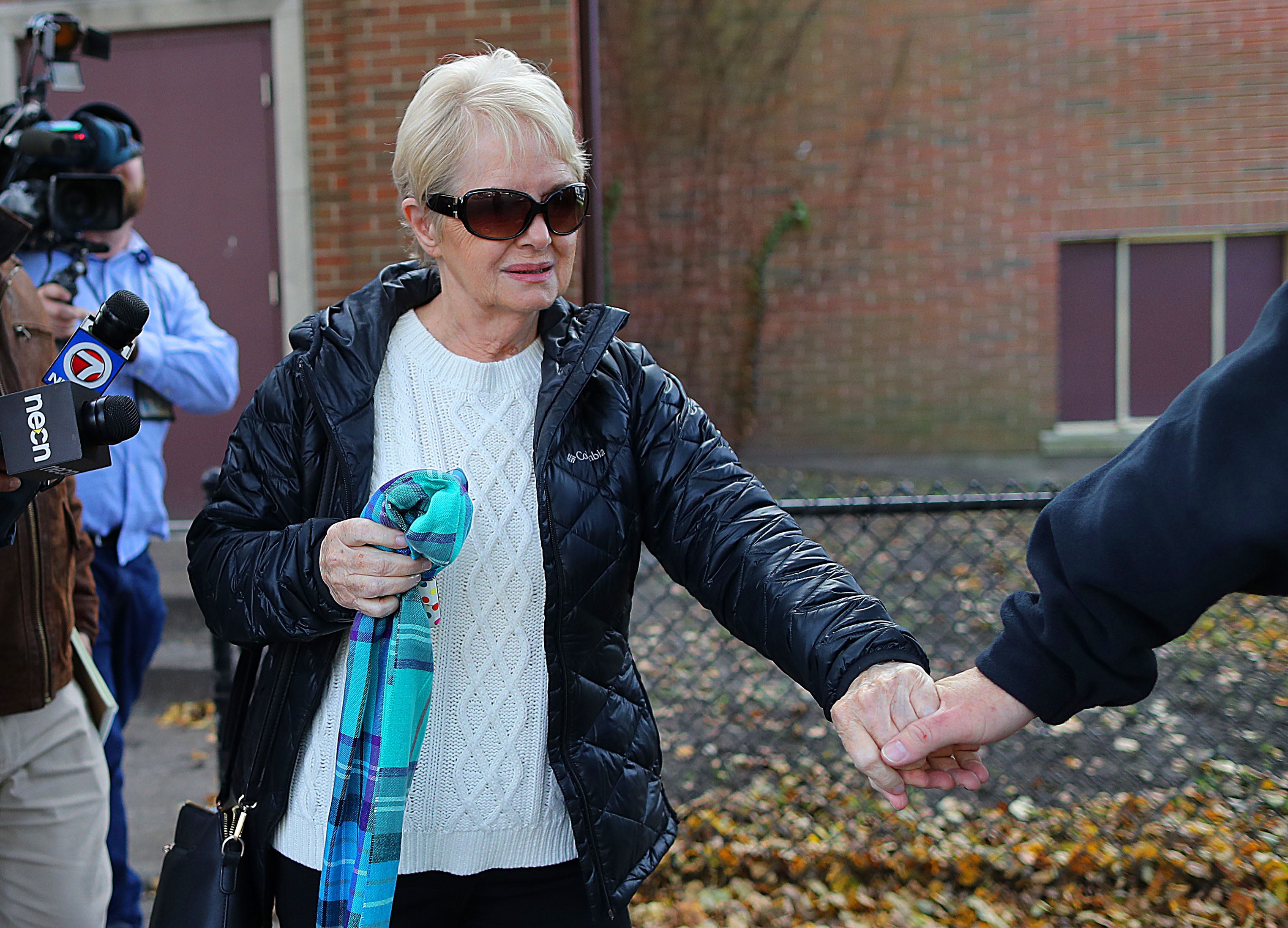 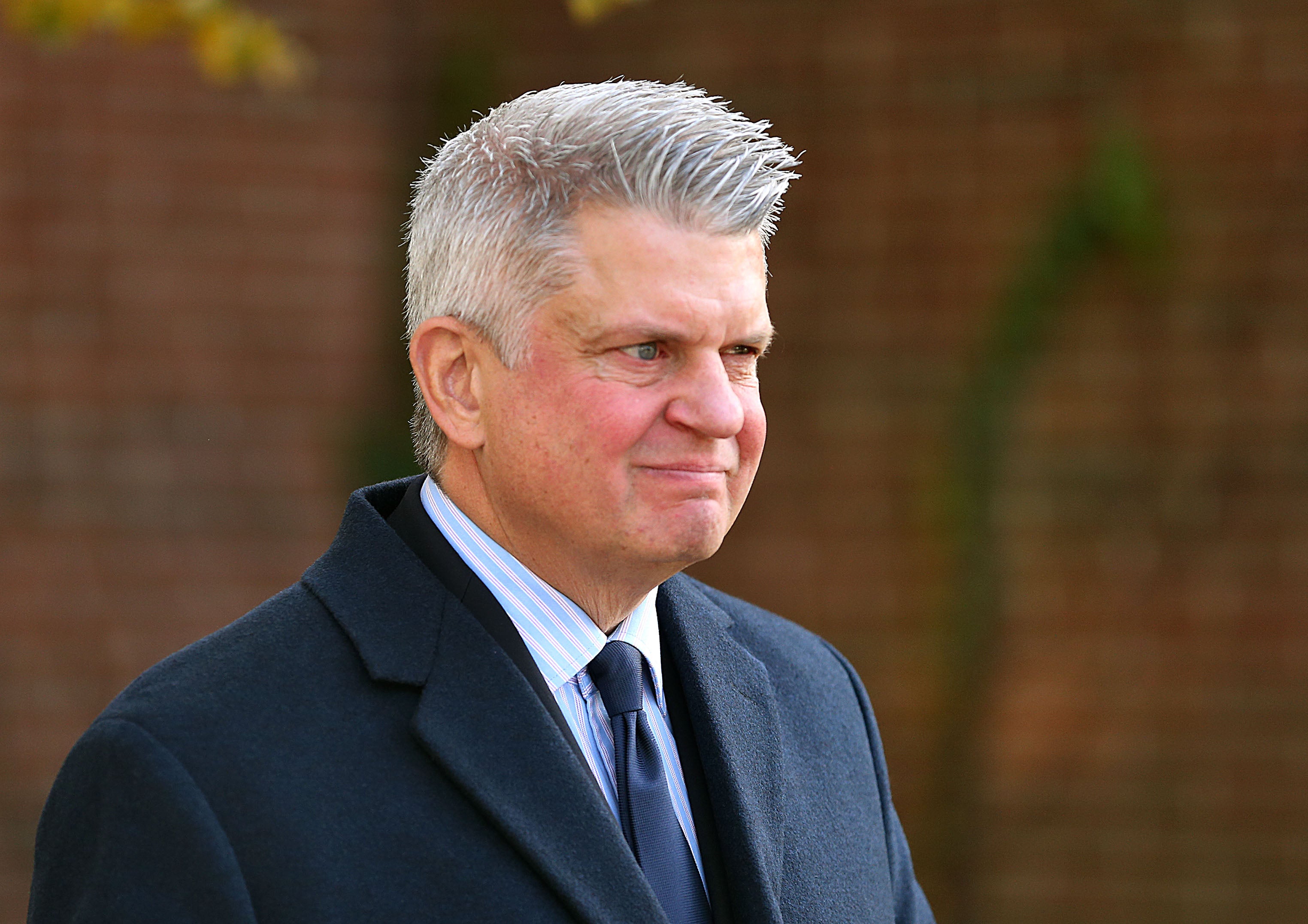 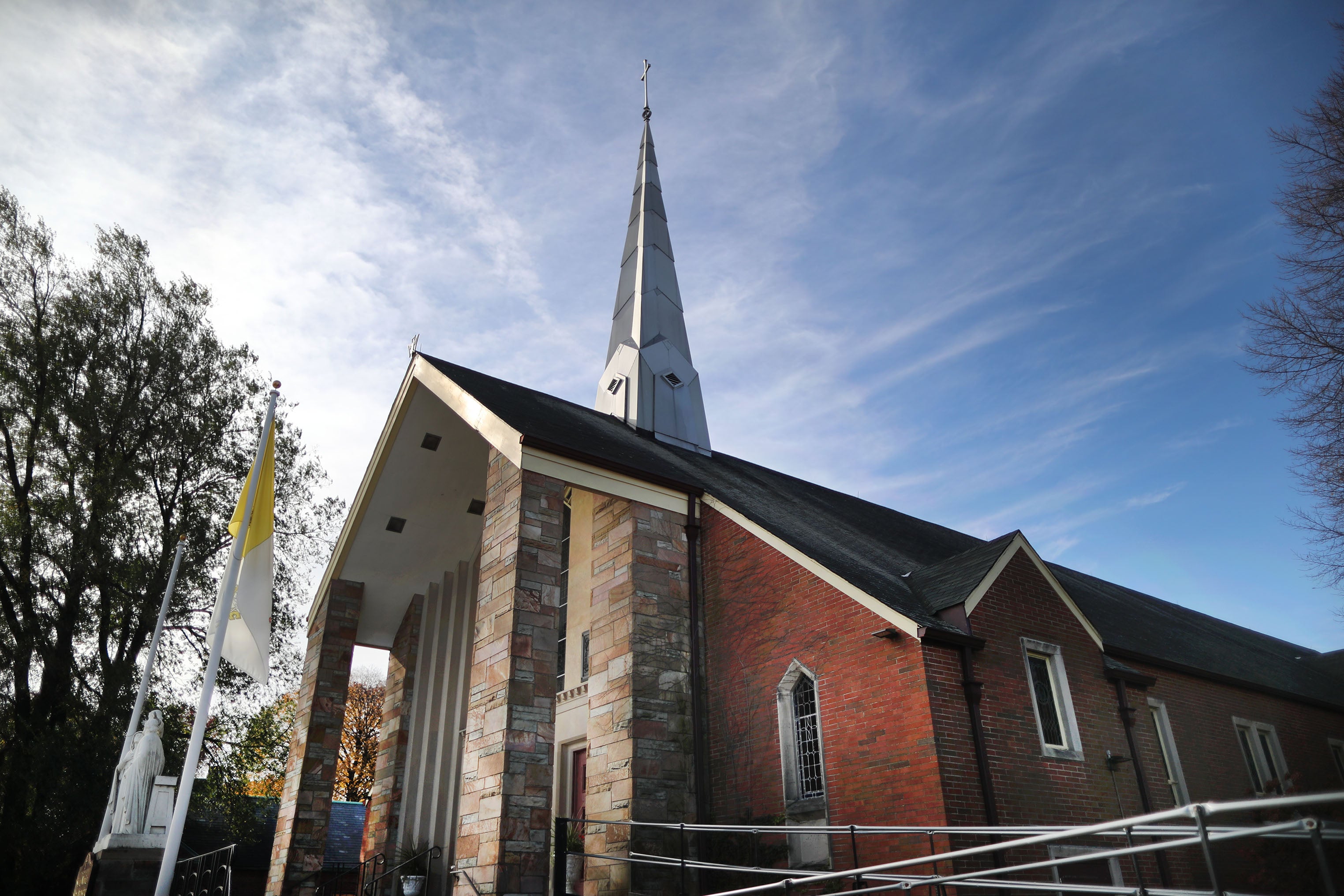