NETA plans to begin selling marijuana and marijuana-infused products to adults over the age of 21 on Tuesday, Nov. 20.

It’s been two years in the making, but Massachusetts is on the verge of a historic milestone.

Two medical marijuana dispensaries — Cultivate in Leicester and New England Access Treatment, or NETA, in Northampton — became the first Bay State establishments to get their final retail licenses last month. However, the dispensaries can’t open until they get their inventory tested by the aforementioned labs and obtain “commence operations” notices from the Cannabis Control Commission.

“We have every indication that it will be before the Thanksgiving holiday,” Norton Arbelaez, the director for government affairs for NETA, told Boston.com.

The Boston Globe recently previewed the legal marijuana-buying experience at Cultivate. So here’s an inside look at NETA. As Arbelaez notes, visiting the dispensary is pretty much as far as it gets from buying the drug on the black market. The exterior of NETA is seen from Conz Street in Northampton. 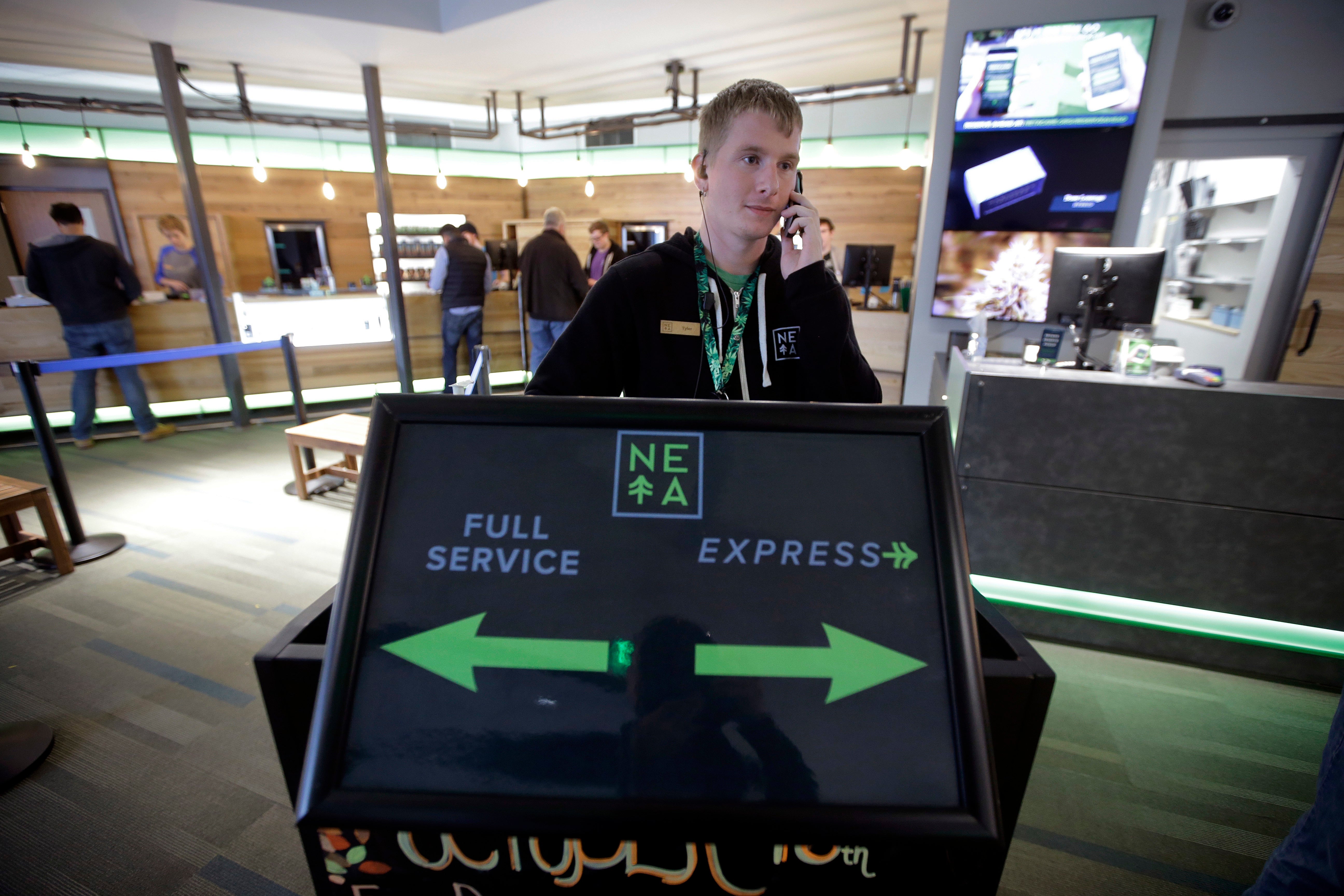 Tyler Mize, of Orange, speaks on a phone near the entryway to the dispensary.

The space inside NETA is divided between medical marijuana on the left and recreational-use sales on the right. And according to a document posted by the CCC, customers approach a podium upon entering the Conz Street store to “ensure proper guidance around the retail operation.”

For both medical and adult-use sales, NETA also offers an express line for customers who know what they want, as well as a “full service” option for those who might have questions about the different products or strains. They also offer private consultation rooms and (as required by state law) consumer education materials.

Prospective customers can also take an online virtual tour of the Northampton store. Jake Moriarty, a patient service associate aka “Budtender,” poses for a portrait inside NETA. Moriarty displays a line of cannabis products at the counter. 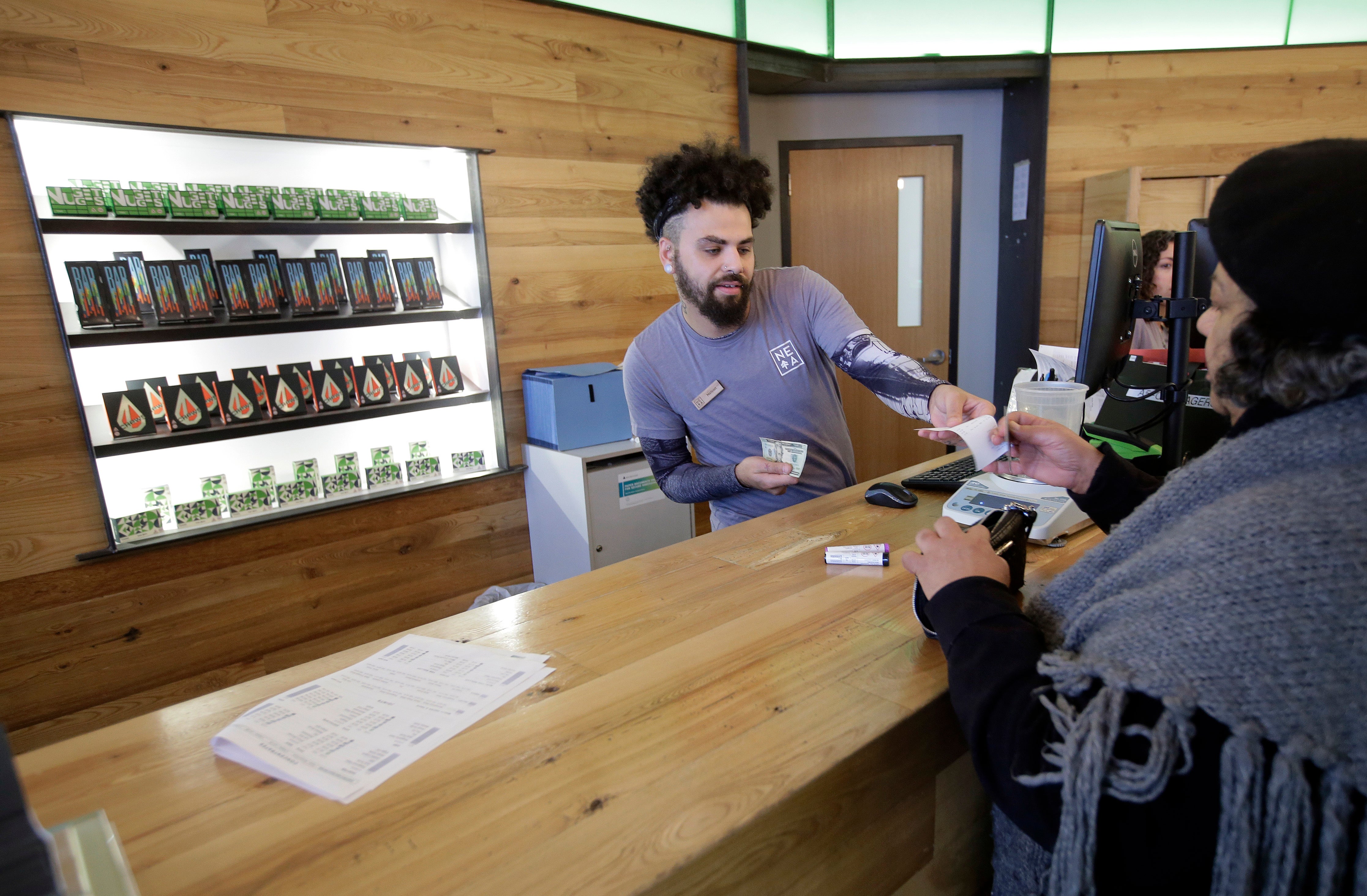 According to Arbelaez, NETA sells more than 130 different types of marijuana products, including flower, edibles, concentrates, waxes, cooking oils, and pre-rolled joints. Combined with their sleek, integrated interior aesthetic, he describes the experience as “a feel unto itself” — the shopping experience, that is. 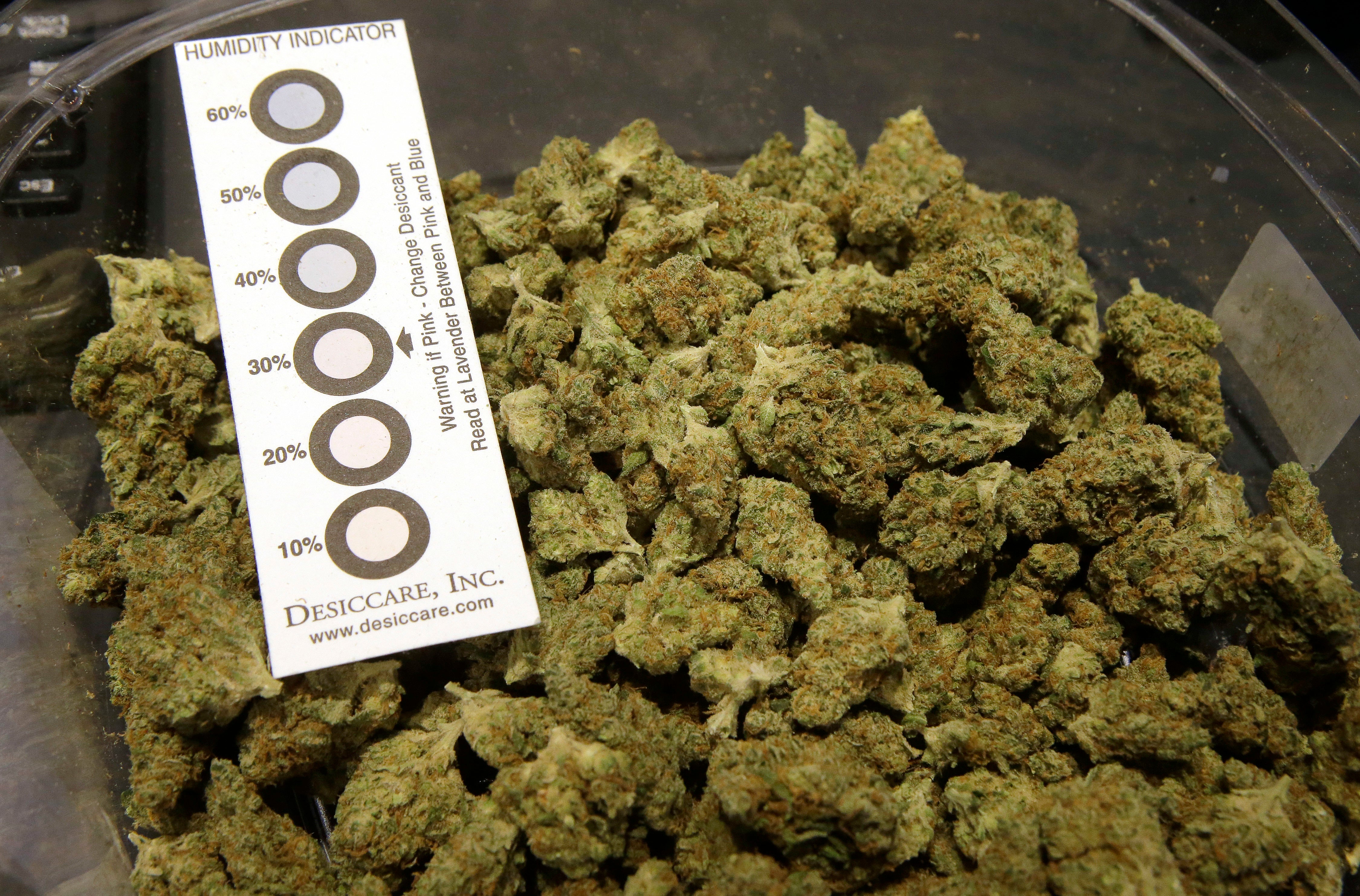 A humidity indicator rests in a bowl of a strain of marijuana called “Walker Kush” last month. 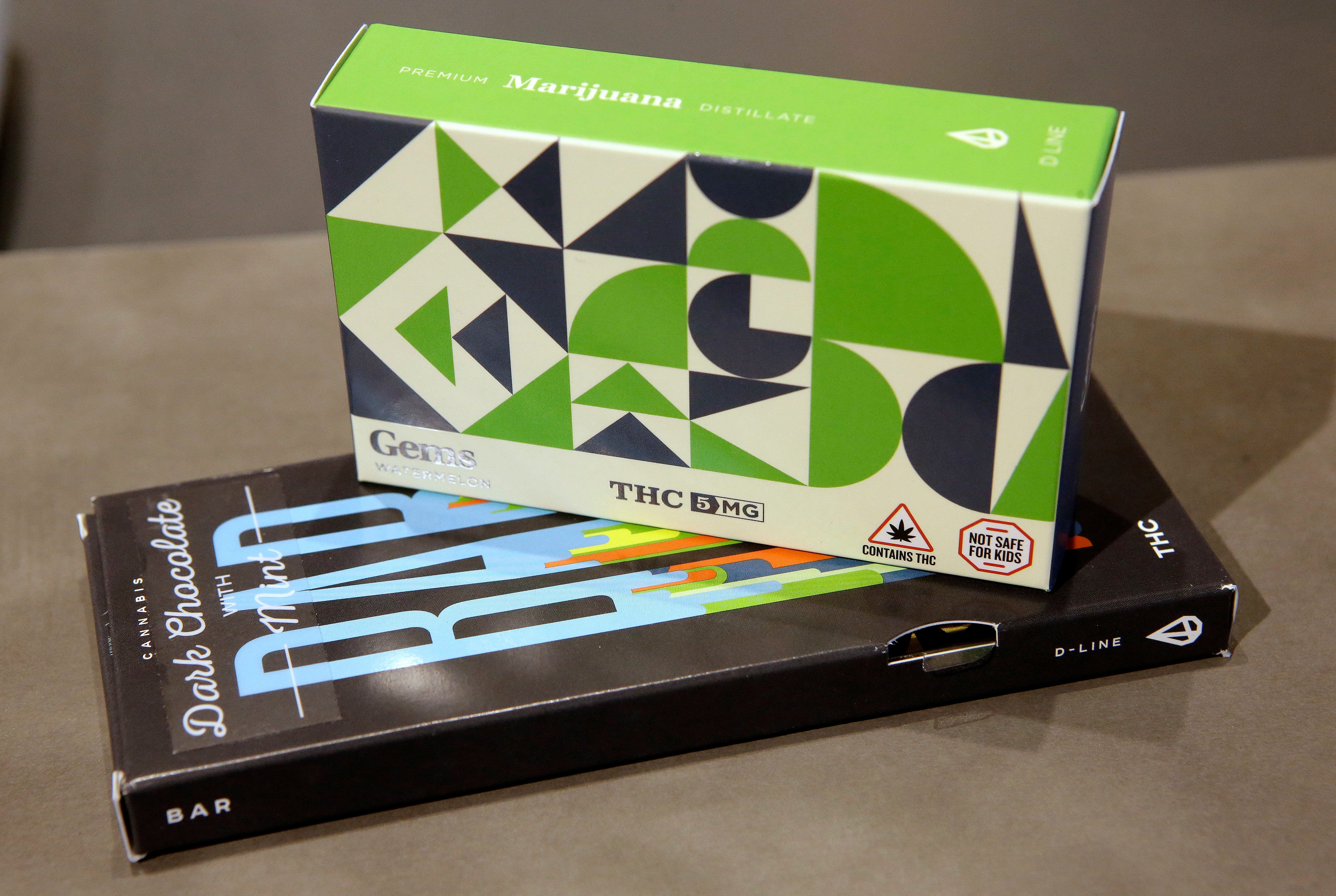 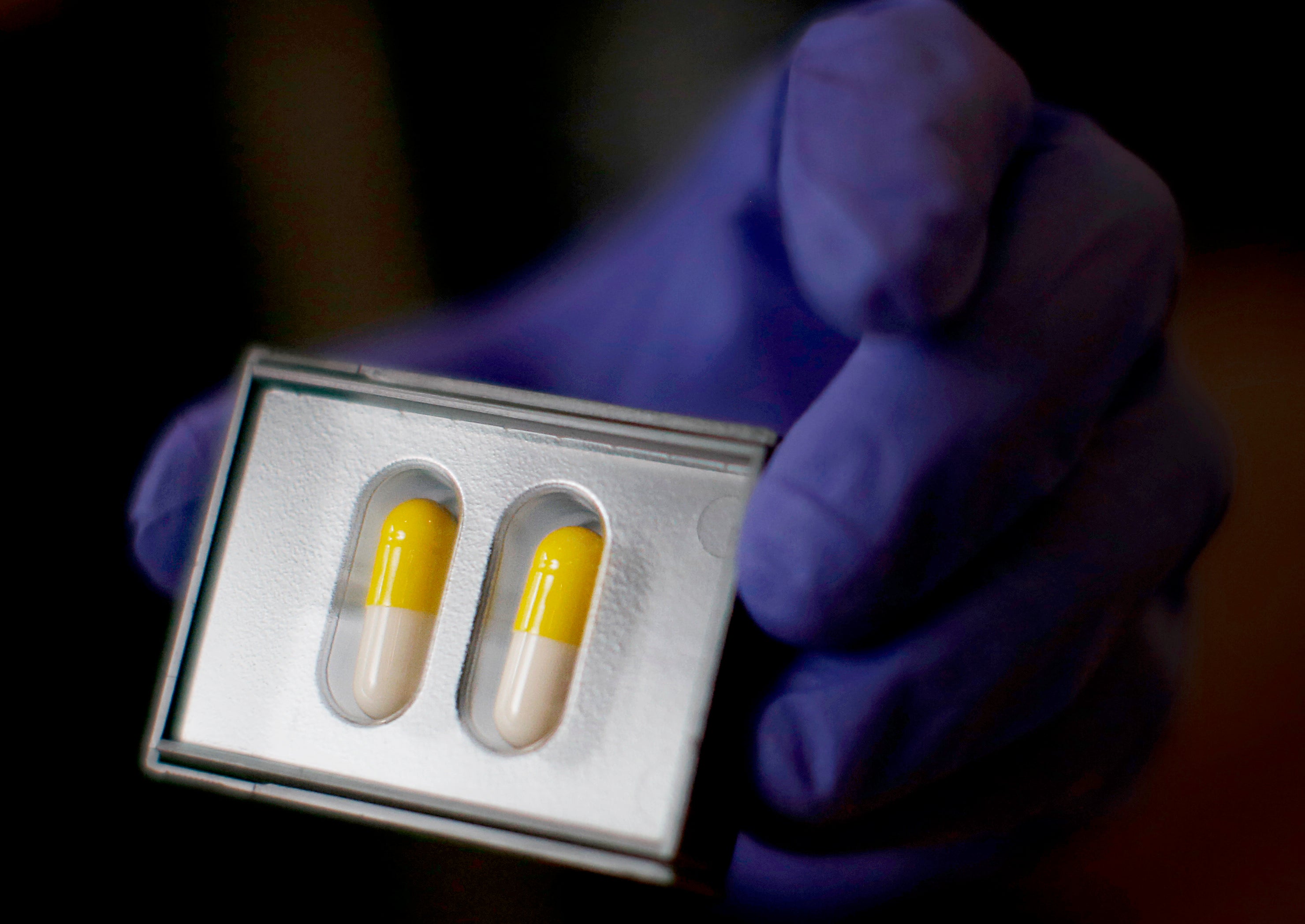 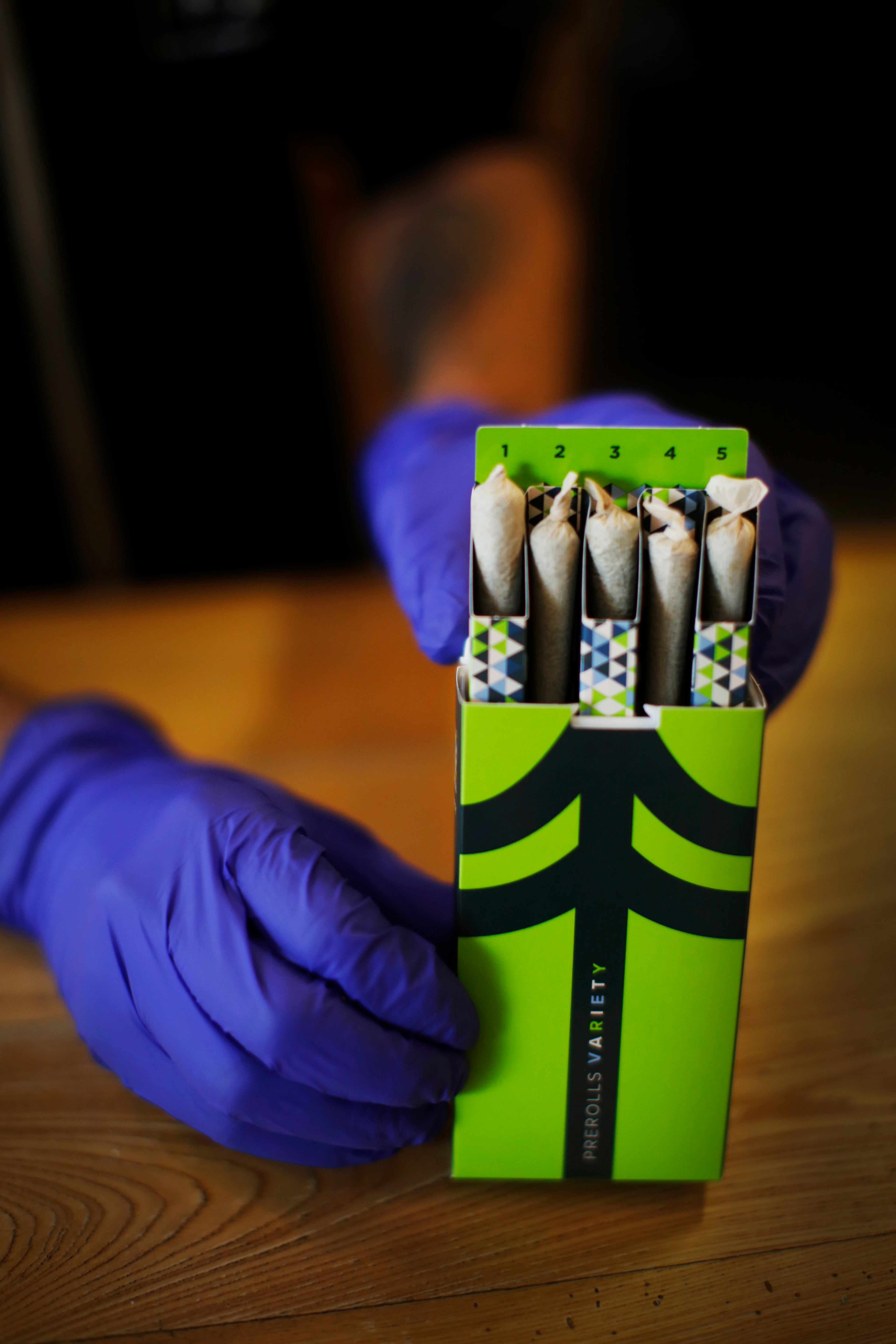