A Dennis Port man who lost his leg in a wood chipper incident last week on Cape Cod has a long road to recovery ahead of him, but is alive because of quick-thinking co-workers and first responders, he says.

James Blaney, 32, was working his job with Triple Crown Tree Co. Friday morning at 402 Highbank Road in South Yarmouth when his foot became trapped in the machinery after he attempted to fix a jam, he told The Cape Cod Times.

His co-workers, Kevin McCarty, 30, of Concord, and Nicholas Callahan, 29, of Dennis Port, quickly sprang into action, reversed the machine, and applied a tourniquet using Callahan’s belt, Yarmouth police said in a statement.

The pair kept the leg elevated, applied pressure, and kept Blaney calm until emergency crews arrived at the scene.

After emergency surgery, Blaney was in stable condition Saturday morning at Cape Cod Hospital, where he was in “good spirits,” Yarmouth police said.

Blaney spent 24 hours in the ICU following his surgery to close up wounds on his left leg and his abdomen, according to a GoFundMe campaign started to help support his bills. As of Monday morning, over $2,600 was raised.

Blaney, who lost a majority of his leg, is set to undergo a rehabilitation program.

“Thank you to everyone and your prayers,” he wrote to police on Facebook. “My coworkers saved my life, and if it wasn’t for Nick and Kevin I don’t think I would be here today.

“I’ve received an overwhelming amount of support,” he continued. “The chief of police called today to see how I was doing and I remember the EMT came to check on me last night as well. It’s hard to accept the fact I no longer have a leg and it will be a long road ahead of me but I’m alive and that’s all due to an army of first responders, my coworkers, and a fantastic team at Cape Cod Hospital.” 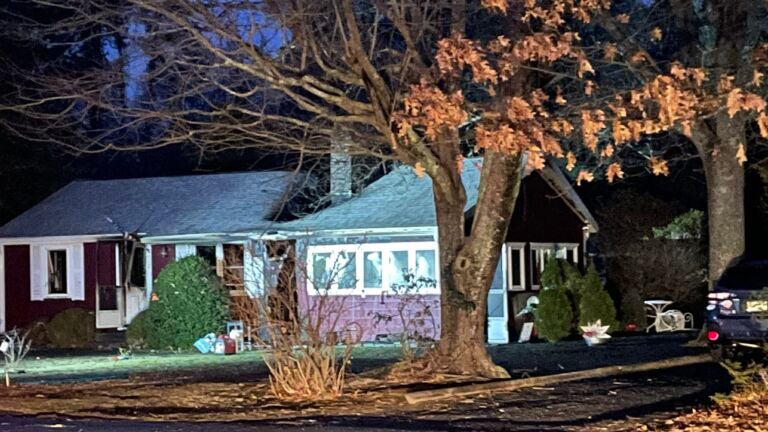