Customers spent nearly $2.6 million during the second week of recreational marijuana sales in Massachusetts, according to the state’s Cannabis Control Commission.

The most money was spent at the state’s two recreational dispensaries on Friday, the data shows, when sales topped $461,000. On that day, customers bought a total of 11,381 units.

Friday (Nov.23) was also the busiest day during the first week, but sales that day were higher then at over $479,000.

Overall, 65,196 units of marijuana products were sold during the second week with customers buying an average of 2.9 units per transaction at an average of $39.68 per unit.

Since Cultivate in Leicester and New England Treatment Access in Northampton opened for the first legal recreational pot sales in the state back on Nov. 20, there has been just over $4.8 million in sales, according to the commission. 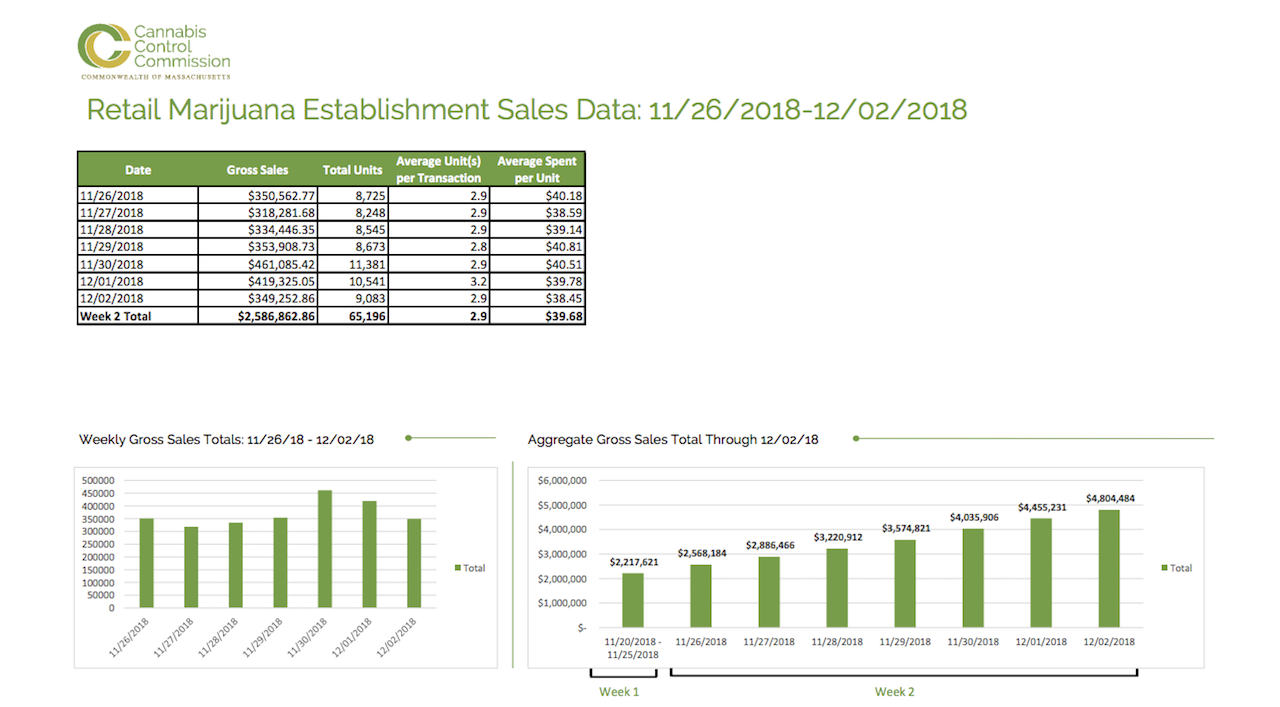 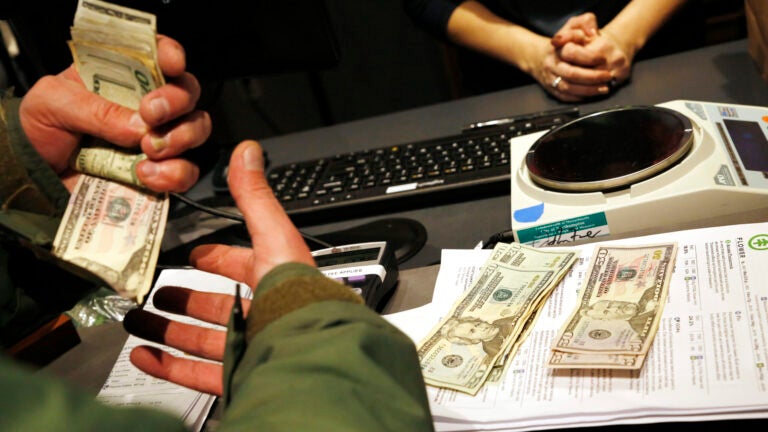