In a recent interview, Boston Mayor Marty Walsh said he hoped the the tax revenue from marijuana in Massachusetts would be worth the “human toll.”

Walsh, who opposed the 2016 state ballot measure to legalize the drug for recreational use, later explained that he hoped the money would be devoted toward initiatives that promote public health and safe consumption, similar to how a slice of the state’s casino tax revenue was set aside to address the harms associated with gambling.

But the mayor admitted he wasn’t certain what Massachusetts is planning to do with all the revenue it will rake in from legal weed. He likely isn’t the only one.

How does Massachusetts tax marijuana?

Massachusetts taxes marijuana sales at a combined 17 percent rate, and cities and towns can command a local sales tax of up to 3 percent (though some municipalities, perhaps extralegally, have been seeking additional “donations” from prospective shops within their borders). That means that, in total, for every five dollars that recreational marijuana customers pay to dispensaries, they send an additional buck to state and local governments.

The 17 percent state tax is comprised of a sales tax of 6.25 percent and an excise tax of 10.75 percent. While the rate was originally lower, state legislators raised it last year so that Massachusetts was more in line with other states with legal marijuana.

How much money will the state bring in?

The Massachusetts Department of Revenue has estimated that the state could collect anywhere between $44 million and $82 million in marijuana tax revenue in the fiscal year of 2019, which began this past July.

However, those estimates were under the assumption that “a reasonable number” of pot shops would be open by the state’s original target date, July 1. None were. And with the industry’s delayed, gradual rollout, DOR officials said Wednesday that their initial numbers “should be used with caution.” Legalization advocates said earlier this fall the state may have missed out on up to $16 million in revenue because of the delays.

Still, DOR Commissioner Christopher Harding told lawmakers during a hearing Wednesday that the first two weeks of sales have been “very robust.” Customers bought more than $4.8 million in marijuana in the first 12 days at the first two shops that opened for adult-use sales.

And as the industry grows and more recreational dispensaries open, officials expect those numbers to increase. At Wednesday’s hearing, Harding said his department expects that the marijuana industry could bring in between $93 million and $172 million in the 2020 fiscal year, which begins next July.

For those doing the math, that suggests the state is forecasting up to $1 billion in overall retail pot sales in coming years.

So where does the tax money all go?

Like sales tax revenue collected on any other purchase, the money from the 6.25 percent sales tax on marijuana goes into the state’s general fund, pooled and spent however lawmakers choose.

However, it works a little differently for the 10.75 percent excise tax. Revenue from the excise tax — as well as non-tax revenue, like business application and licensing fees — goes to a newly created Marijuana Revenue Fund, where it is first used to cover the operating expenses of the Cannabis Control Commission, the regulatory agency that governs and oversees the state’s burgeoning marijuana industry.

The CCC’s budget request for the 2019 fiscal year, which was fully funded, was just shy of $8 million. So even if this year’s tax revenue projections come in on the lower end of the $44 million to $82 million range, there should be plenty left over. According to the state law, the excess money in the MRF must flow to a number of initiatives aimed at addressing potential impacts of the newly legal industry, as well as the government’s treatment of marijuana in the past.

According to the CCC, those efforts include public awareness campaigns; public and behavioral health, including “evidence based” substance abuse prevention and treatment, as well as local grants for youth education; public safety; municipal police training; and the state’s existing Prevention and Wellness Trust Fund.

The state law also says the excess revenue shall be used for efforts aimed at helping disadvantaged communities that have been disproportionately impacted by “high rates of arrest and incarceration for marijuana offenses,” such as restorative justice and diversion programs, workforce development, mentoring, and technical assistance in the cannabis industry.

Marijuana retailers also initially send the 3 percent tax imposed by their host communities to the DOR, which the state later distributes back to the city or town. 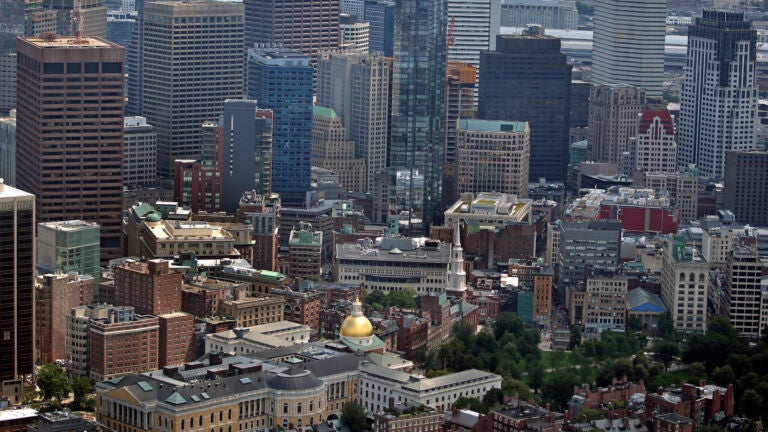