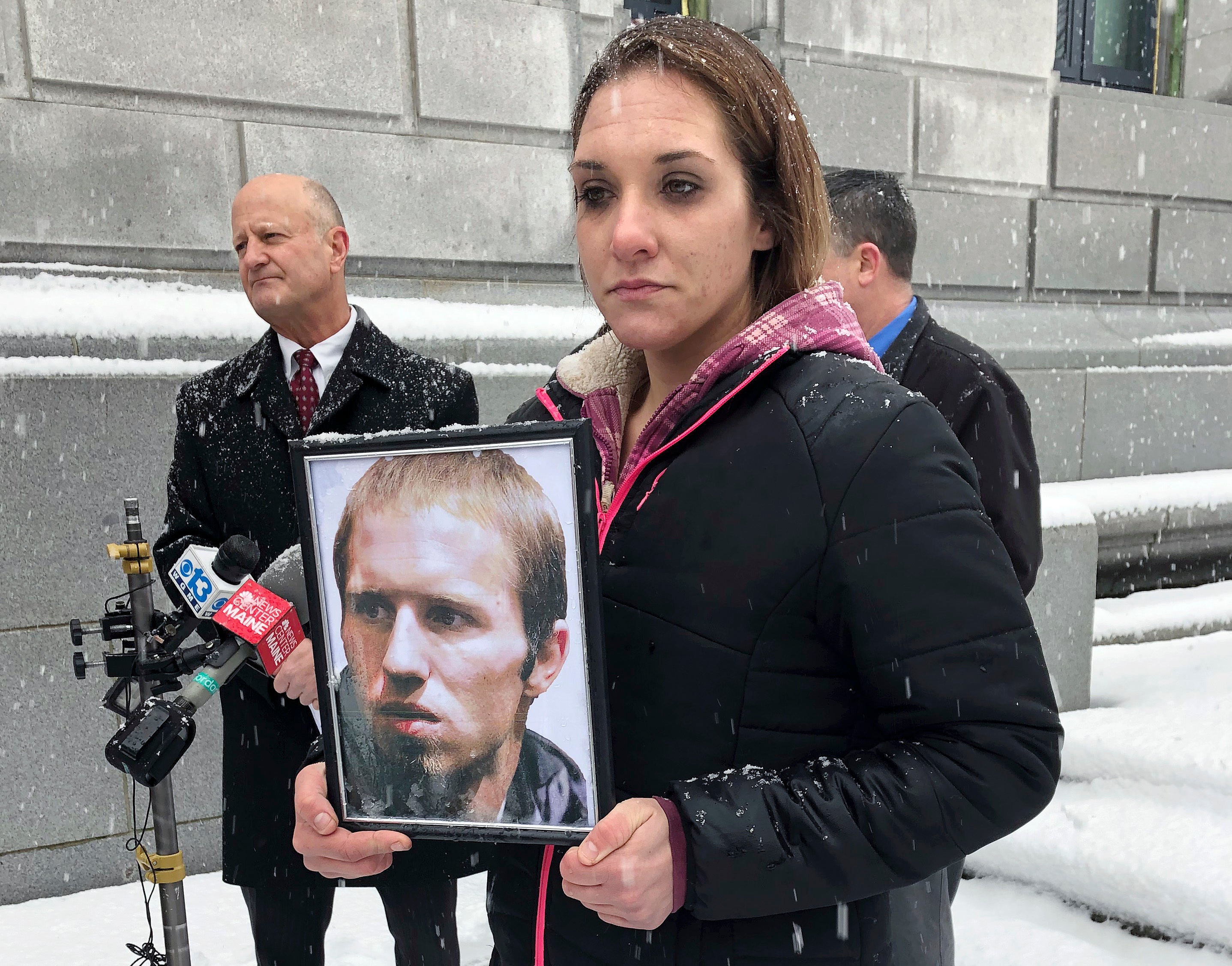 Trista Reynolds holds a picture of Justin DiPietro during a news conference, Monday in Portland, Maine.

PORTLAND, Maine (AP) — The mother of a toddler whose disappearance prompted the biggest criminal investigation in Maine history sued Monday in hopes of unearthing more details.

The announcement came on the seventh anniversary of the date 20-month-old Ayla Reynolds was reported missing by her father in Waterville.

Ayla’s mother, Trista Reynolds, has blamed the father, Justin DiPietro, for the toddler’s death. But the body has never been found, and no charges have been filed.

Reynolds and her attorney, William Childs, filed the wrongful death lawsuit alleging DiPietro caused Ayla’s death, and said at a news conference that they hope depositions related to the suit will help solve the case.

“Justin, I promise you, wherever you are, one day you will have to face me and tell me the truth of what really happened to Ayla,” Reynolds told reporters in Portland. “You can’t hide from this forever.”

DiPietro did not return phone calls. An email to an address listed under his name was returned by a user who declined to comment. Childs said DiPietro’s last known address was in California. 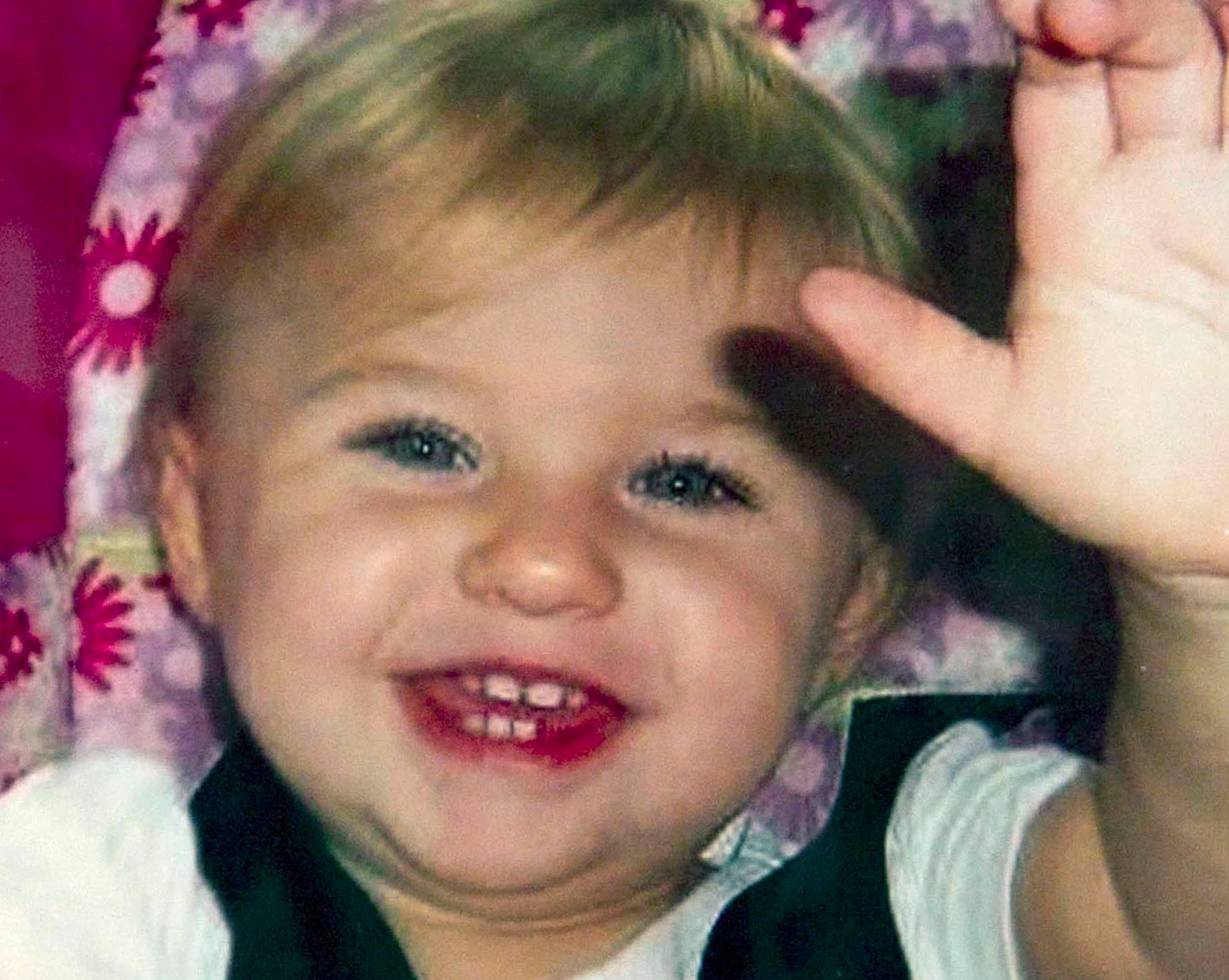 The lawsuit seeks a monetary award from DiPietro. But Childs and Reynolds, who held a news conference about the lawsuit during morning snowfall outside court, said they were aware that DiPietro probably has no money to provide.

Sworn testimony from DiPietro and others who were in the house, who could potentially be served subpoenas, could help shed light on exactly what happened that night. Reynolds said she hopes it builds groundwork for eventual criminal charges.

State police have long believed the girl is dead, and a judge declared her legally dead in 2017. But the investigation remains open.

Maine State Police spokesman Steve McCausland said Monday that the investigation is “active” and that police “remain as committed today as we were seven years ago” to solving it.

Ayla was last seen wearing pajamas with the words “Daddy’s Princess” on them. DiPietro told police he believed Reynolds was abducted from a home where they were staying in the central Maine city of Waterville. State police ruled that theory out.

Ayla was reported missing Dec. 17, 2011. DiPietro said at the time that he had tucked Ayla into bed the night before and found that she was gone the next morning. Searches didn’t turn up any evidence.

Trista Reynolds now lives in South Portland and has two young children. She said she lights a pink candle every December in Ayla’s name.

“We’ve been at this for seven years,” she said before the news conference, “so I’ve got to have hope somewhere.” 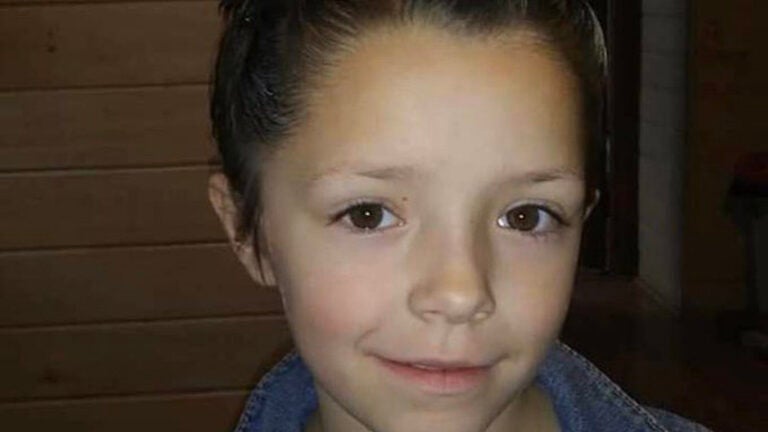