ORONO, Maine (AP) — A college Republicans group at the University of Maine is facing criticism for its decision to host a “Deck the Wall” holiday party over the weekend.

Group President Charles Honkonen says the event was intended to spark a dialogue on the topic of President Donald Trump’s proposed border wall. NewsCenter Maine reports a number of students and faculty viewed the party marketed as being exclusive and offensive to some in the college community.

Vice President for Student Affairs and Dean of Students Robert Dana says the group’s intent was missed because of wording in their marketing. The UMaine College Republicans say they will be working with administration next semester to create events meant to foster dialogue.

“Hey everyone, just want to clarify some things about our upcoming Christmas party tomorrow. It has come to my attention that many people have taken issue with our decided theme of “Deck the Wall”, and feel it’s unnecessarily inflammatory. (1/3) 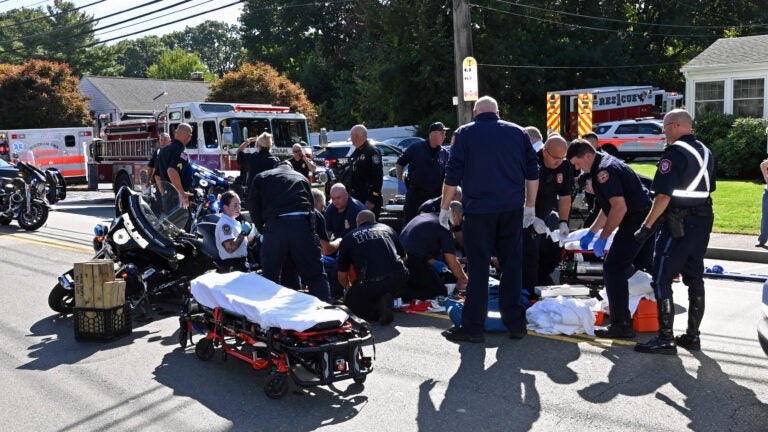 Waltham police officers hospitalized after crashing into each other on motorcycles