As more teenagers pick up e-cigarettes, Somerville has passed new regulations limiting where the vaping devices are sold in an effort to help curb minors’ accessibility and exposure to the addictive, nicotine products.

Starting April 1, menthol cigarettes and e-cigarettes will only be found on the shelves of the city’s adult-only tobacco or smoke shops where customers must be at least 21 years old to enter.

The law, the first of its kind in Massachusetts, will help shield Somerville’s youngest residents from both products and paraphernalia as well as aggressive marketing tactics that some believe has fueled a sharp uptick in teenage use over the past year, city leaders say.

“Regular tobacco (use) has gone down, but when you look at other types of things, such as the menthol cigarette or e-cigarette, they are marketing to younger generations,” Doug Kress, the city’s director of Health and Human Services, told Boston.com Wednesday.

E-cigarette use among teenagers climbed to 3.6 million from 2.1 million nationally between 2017 and 2018, even as traditional tobacco product use has historically declined, according to a Centers for Disease Control and Prevention study cited by city officials.

Those rates can be seen locally, said Kress, whose department follows the statistics closely.

He pointed to Somerville’s “Youth Risk Behavior Study” this year that found e-cigarette use nearly doubled between 2016 and 2018, from seven to 13 percent total for the city’s middle and high school students.

About 16 percent of high school senior students said they use e-cigarettes. A mere three percent of the students reported smoking traditional cigarettes.

“We don’t see that in any other type of illnesses or things like this,” Kress said.

Somerville’s new regulations — solidified by a Dec. 13 Board of Health vote — also comes amid growing concern from state and federal agencies over how the e-cigarette industry has marketed to minors and the health risks its products pose, especially for teenagers with brains and bodies that are still developing.

Attorney General Maura Healey announced in July her office is probing e-cigarette manufacturer, JUUL, and online retailers over how products have been marketed and sold to minors. (JUUL denied the wrongdoing.) U.S. Surgeon General Jerome Adams this week called the rise in teenage use an epidemic and advocated for new measures, such as taxes and restricted sales, amid the release of a new report that shows usage has only grown.

“This is an opportunity for the community to take a significant, bold step to take on this epidemic,” Mayor Joseph Curtatone said in an interview.

Flavoring in e-cigarettes, along with menthol cigarettes, are evidence of the market’s bend toward reaching a younger demographic, Kress said. The flavors, coupled with the fact that e-cigarettes emit water vapor instead of tobacco smoke, can mislead teenagers about the impact the devices can have on their health, he said.

The amount of nicotine in one e-cigarette cartridge is equivalent to a pack of traditional cigarettes, Kress said. E-cigarette use could carry teenagers into forming other smoking habits as they enter adulthood, he added.

“We know that nicotine is an addictive drug and that’s what we’re trying to watch and limit,” he said.

The new regulations prompted concern from some local retailers who worry about the financial loss of not having menthol cigarettes in their stores, according to officials.

Curtatone said lawmakers always consider the impact of new legislation and are sensitive about the effects, but ultimately the decision to move this law forward came down to protecting the health of the city’s youngest residents.

The rollout of the law comes coupled with the city’s continuing programs for educating children and teenagers about e-cigarettes and the dangers they pose, officials said.

“The approach is going to have to be multi-tiered,” Curtatone said. 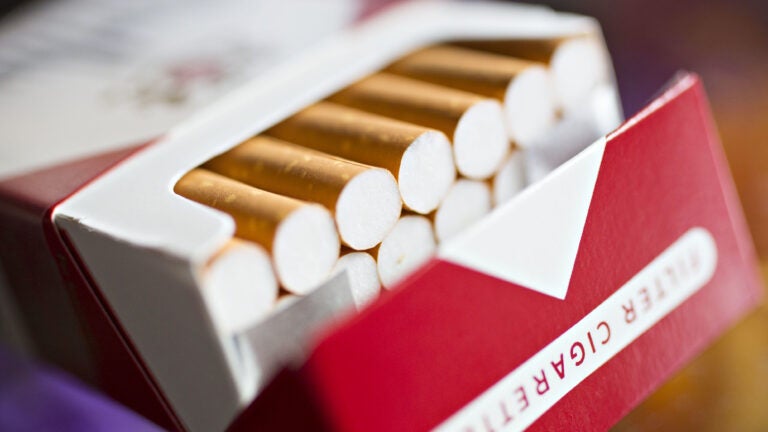