A legendary Providence strip club has been forced to permanently close after prostitution charges were brought against three of its employees last week.

The city’s Board of Licenses voted Wednesday to revoke the business licenses for the Foxy Lady, a move that is being criticized as an unjust punishment for the more than 200 employees of the gentlemen’s club who are now out of work.

Here’s what we know about the shuttering of the famous club, founded 38 year ago, that has been patronized by celebrities, professional criminals, and allegedly shaken down by the mob.

Providence police arrested three women working at the Foxy Lady on the evening of Dec. 11 and charged them with prostitution.

Major David Lapatin said the arrests followed an investigation that began a few weeks prior, after police received a report that a woman working at the strip club on Chalkstone Avenue had been sexually assaulted.

The Providence Journal reports that Melissa McNeely, 32, of Madison, Connecticut; Lindsay Hoffmann, 30, of Waterbury, Connecticut; and Neish Rivera, 25, of Providence, all asked the undercover officers if they wanted to go to the club’s private “VIP” room and offered sexual acts in exchange for payment.

Providence Mayor Jorge Elorza called for the Foxy Lady to be permanently closed after the arrests, alleging the club’s management was allowing a “full-on prostitution ring.”

“I understand these places exist in our city, but we’re not going to tolerate someone running a prostitution ring that allows for the exploitation and the assault of women,” Elorza told WPRI.

“We have to watch out for everyone,” Lapatin told reporters. “Employees, non-employees. Above all, too, the law is the law, and they just cannot do what they’re doing.”

At an emergency hearing of the Providence Board of Licenses on Dec. 12, police presented the belief that the club knew of the alleged prostitution happening in the “VIP” room, according to the Journal.

“Everything about that showed a routine that had probably been going on for a long time,” Lapatin said, according to the newspaper.

Foxy Lady Manager Richard Angell said at the meeting that management was not aware of any prostitution in the club, according to WPRI.

During the emergency hearing, the Foxy Lady was ordered to close temporarily through at least Monday in a 3-1 vote, according to WPRI.

Fausto Anguilla, an attorney representing the Foxy Lady, told the station that the club should be allowed to reopen given the intense scrutiny they would be under after the prostitution arrests.

“They were vigilant in the past,” he said. “They will be twice as vigilant now.”

Why it was permanently closed

On Monday, the Board of Licenses again voted 3-1 to keep the club closed until Wednesday, the Journal reports. Commissioner Peter Mancini voted to allow the club to reopen, arguing that 200 employees had been out of work with its closure and that the Foxy Lady had never appeared before the board previously.

“Keeping them closed another day is too much as far as I am concerned,” Mancini said. “We should commend them for 38 years of a great job.”

The club’s attorney, Anguilla, argued that the alleged offer of “anything you want” was vague and shouldn’t necessitate the closure of the club.

“You are punishing them excessively without any proof [of management complicity] yet,” he said, according to the Journal.

The board met again on Wednesday, voting — 3 to 1 — to revoke all the establishment’s business licenses, effectively forcing the permanent closure of the club. Commissioner Delia Rodriguez-Masjoan made the motion, according to WPRI, arguing that the club was blaming the arrested employees and not taking any responsibility.

Board chairman Dylan Conley echoed his colleague’s arguments, saying that the closure of the Foxy Lady sends a message to other strip clubs in the city that prostitution will not be tolerated, according to the Journal.

“We don’t have a presentation of an ability or willingness to eliminate the illegal behavior,” he said of the club.

According to the newspaper, the Providence City Council passed a law in 2014 that allows the licensing board to shut down a strip club if “gross negligence” leads to prostitution taking place inside the business. The 2014 law was cited during the meeting Wednesday.

On Thursday, the Foxy Lady filed an appeal with the state Supreme Court to get its entertainment license back, the Journal reports.

What advocates are saying

The actions taken against the gentlemen’s club were quickly condemned by its employees and advocacy groups.

According to the Journal, after the board voted on Wednesday, a member of the crowded audience called out, “You put a whole bunch of people out of work.”

The ACLU of Rhode Island joined COYOTE (Call Off Your Old Tired Ethics) Rhode Island in issuing a statement calling the arrests of the three club employees a “grotesque misuse of taxpayer dollars whose only alleged crime is selling services to consenting adults in a private location.”

The groups called for the charges against the three women to be dropped.

“Criminalization of sex work has done absolutely nothing to curtail ‘the oldest profession,’” they wrote. “Instead, it has led to increased rates of violence and stigma against sex workers, and even adverse health outcomes.”

Everyone please KEEP TALKING! So many #singlemothers, #students, #women, #dancers, #dancer, #bartenders, #servers, #bouncers, #bartenders out of work. How do we end this #slutshaming bs dressed up as #publicsafety?

#FoxyLady has filed a court appeal over the revocation of its licenses. Can you help us show your support by taking a minute to call our elected officials to voice your concern??

Stephanie Cullen, who worked at the club charging admission and checking IDs, told WPRI that she was devastated by it being shut down.

“This has hurt many people, and it’s less than a week before Christmas,”  she told the station. “The board should be ashamed of themselves.”

Simona-Ştefania Gavrilescu wrote on Facebook that she’d “never worked for a more organized business with leadership and respectful ownership.”

“Absolutely awful to close down a respectful and well run business for over 38 years and put over 250 employees out of jobs the week before the holidays,” she wrote.

“The carpet was just pulled out underneath us,”  another employee, Tammy Marie Kruwell, told WPRI. “I was shocked.”

Kruwell, who worked at the club as a “rub girl” for six years, giving customers back and shoulder rubs, told the Journal that she’s never seen any prostitution inside the establishment and that when employees break the rules they get fired.

“I know what goes on in there,” she told the newspaper. “It’s a happy place. It’s not a bad place.”

In the appeal filed with the court, the Foxy Lady’s attorney wrote that “irreparable harm” has been done to club in the seven days it has been closed, according to WPRI.

The business, Anguilla wrote, “pays, either as employees or as independent contractors, more than 225 individuals on a regular basis, all of whom are currently out work and unable to support themselves or their families, particularly at this time of year, and in this economic climate.”

According to the station, the Rhode Island Department of Labor and Training has reached out to the business to make resources available to club employees. 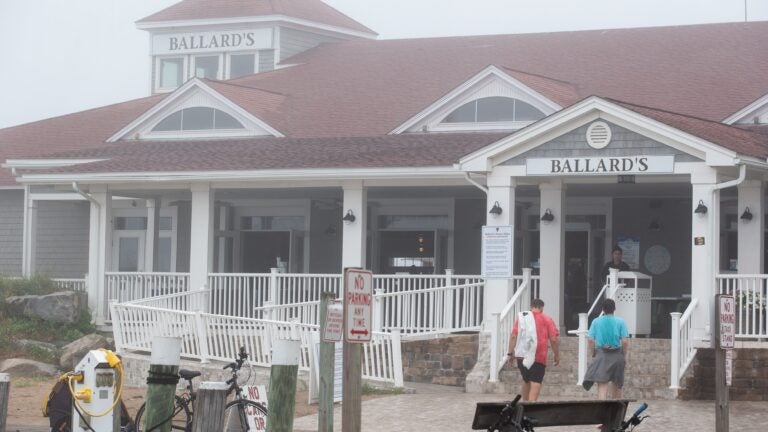