With a handful of shops already open and more on the way, it’s becoming much easier to get marijuana in the Bay State.

And Massachusetts officials are warning drivers about the potential dangerous consequences — and criminal action — that come from driving while high.

But what currently happens if a driver gets pulled over while high?

Here’s a play-by-play on what to know:

Authorities on the road always look for initial indicators that whomever is behind the wheel has an altered state of mind, according to Jason Callinan, a Cambridge police officer who also serves as a drug recognition expert (DRE). The position is essentially a specially trained officer equipped with extra impairment training and knowledge of different drugs and their effects on the human body.

A swerving car or an SUV failing to stay within the lines of the roadway are typical signs — no different than how police look for drivers who’ve had too much to drink.

“We’re going for really any overt act that grabs the officer’s attention,” Callinan told Boston.com.

It’s not the same as drunken driving in the eyes of the law.

Although the roadside process to determine sobriety is similar in all kinds of alleged operating-under-the-influence cases, there are some notable differences in how police go about handling — and how the law treats — cases of operating under the influence (OUI) of drugs.

Officers initially seek to determine if a person is impaired through a series of assessments. Reddened eyes, the odor of marijuana wafting from the vehicle, and sluggish speech alone are not enough to prove impairment, according to Callinan, who noted that just because someone smoked a joint does not necessarily mean that they’re impaired.

And pinning down what exact substance a driver was using — be it marijuana or another drug — is not necessarily at the forefront.

“It’s all based on identifying indicators of impairment, so to speak, and then trying to determine the cause of those indicators. …. There’s no way of determining roadside what you took,” Callinan said.

Potentially impaired drivers are asked to carry out three tests: standing and balancing on one foot; walking in a line and turning around; and a modified Romberg test that has a suspect tilt their head back and stare upward as an officer looks for body swaying and/or eye tremors, according to Callinan.

Police conduct a breathalyzer test after carrying out those other tasks, although most notably, there is no breathalyzer test (at least, not yet) that can detect whether someone is high in the same way it can be done for finding a blood alcohol content level.

So figuring out whether someone is high is based on officer observations, from the moment a driver is pulled over through the completion of the roadside assessments.

The main goal is to conclude whether someone can drive safely — and taking a driver off the road if he or she cannot, said Callinan, also a DRE training instructor.

If an officer believes a driver is impaired, he or she can issue a charge for OUI drugs — a sort of catch all charge for every substance from marijuana to heroin.

There’s a notable difference in that charge, too: Police cannot immediately suspend a person’s license the way authorities can for an OUI alcohol charge, Callinan said.

Under the state’s “implied consent” law, drivers who refuse to take a breathalyzer test can have their license immediately suspended for six months. But that measure doesn’t exist for the charge of OUI drugs, according to Callinan.

“It’s the loophole of the OUI drug charge,” he said.

Once a driver is arrested and brought back to the police station for booking, a DRE officer is called in and asks whether the accused wants to take an optional, additional 12-step assessment — a screening that will serve as an extra check for impairment and that will strive to label what exactly the person may have ingested.

“We go into more of the history of the subject, so we’re asking them what they had to eat today and when’s the last time they got some sleep? Do they have any medical or physical problems?” Callinan said.

The person is asked to redo the sobriety assessments, and the officer records other information such as body temperature, pulse rate, and any possible pupil dilation, he said. Officers will also ask whether the person took any drugs, alcohol, or medications that day and — if possible — will collect a urine sample.

The sample will be sent off to a lab for testing that will ultimately either confirm or reject the officer’s determination of what kind of substance the person took. (For marijuana though, those results can be tricky. Tetrahydrocannabinol, or THC, the psychoactive element in cannabis, can linger in the body long after the user comes down from a high.)

The assessment in some ways is a bit of a double-edged sword.

Refusing to participate won’t stop the charges from going to court, but the absence of a test could prove to make things more challenging for prosecutors to argue that there’s sufficient evidence for a case to move forward, according to Callinan.

Still, the test also provides an opportunity for officers to delve deeper into the specifics of a case — which could sometimes prove helpful for the accused, particularly if he or she is not truly under the influence.

Callinan recalled one instance when a person was brought in after being accused of drunken driving but the DRE assessment showed signs of a diabetic issue instead.

“It turns out the person’s sugar was lower than the normal range and that’s why he was giving off that fruity odor that was kind of consistent with the odor of alcohol … so once the medics got there they gave him a little sugar and all of a sudden we weren’t in an OUI realm anymore,” he said.

There are challenges for prosecutors under the current system.

For a case to move forward in court, a judge must determine that there is sufficient evidence and prosecutors must be able to peg impairment to a specific drug, according to Callinan.

Following through on a case can be challenging though, considering evidence is largely based on police observations, unlike alcohol-related cases that lean on BAC level readings from a breathalyzer test.

“This is not a scientifically accepted methodology, and this is why courts across the nation only accept the DRE exam to varying degrees,” Matt Allen, field director for the Massachusetts ACLU and a member of the Cannabis Control Commission’s Special Commission on Operating Under the Influence and Impaired Driving, told Boston.com.

Allen lamented that the accuracy of the DRE assessment has not been scientifically studied, despite the fact the procedure has been used for decades.

“It threatens civil liberties of drivers who test positive even when not impaired,” Allen said. “It undermines law enforcement agencies using a tool that’s never been proven to be accurate.”

As a defense attorney, Stuart Hurowitz, supervising attorney for the Committee for Public Counsel Services, said if he were to represent a client in an OUI marijuana case, he would file a motion for a hearing on scientific reliability.

The point would be to have the judge decide whether the information being presented is reliable, with the aim to block the prosecution from being able to call experts to testify.

“At some point there will be a hearing where the prosecutors are going to need to produce, I would argue, scientists or medical doctors or somebody with the ability to explain the connection between the ingestion of the drug, how it impacts the brain and what point is it a sufficient ingestion that somebody is impaired to drive, and whether or not it can be told across the board as the drug recognition experts claim they can,” Hurowitz said in an interview.

But each case — the circumstances, the defendant, and the officers — varies, Hurowitz noted. Other attorneys could file different motions aimed at picking apart the evidence or other factors.

The burden still rests on prosecutors to prove that an officer’s observations and a DRE assessment are enough credible evidence to proceed.

“Naturally (the cases are) all going to be very fact specific and how a defense attorney looks at an OUI marijuana case will depend on a lot of things, including how the person drove, what was the observed reason for pulling the car over, whether or not there were any statements by the client admitting to ingestion and how much, whether or not there were other physical evidence of marijuana ingestion in the car, as well as how they actually did perform on field sobriety tests,” Hurowitz said. “To the extent that a drug recognition expert is going to be introduced by a prosecutor, I would say every case should be a challenge … to the science.”

Under the state’s Supreme Judicial Court ruling in Commonwealth v. Thomas Gerhardt, police officers cannot testify in court whether a defendant “failed” or “passed” a roadside test, but instead can only state their observations of the defendant — reddened eyes, for example — at the time of the arrest.

Despite the obstacles, Hurowitz — who worked on the defense team in the Gerhardt case — said his understanding, anecdotally speaking, is that prosecutors often do not dismiss OUI marijuana cases.

“They tend to be, sort of as an office policy view, that they would rather lose them at trial than indicate to the public that they’re just nixing it,” he said.

There are recommendations for changes to the law.

A set of recommendations to state lawmakers from the Special Commission on Operating Under the Influence and Impaired Driving was finalized last month, offering suggestions to the Legislature about how officials can bridge gaps and cover loopholes under the existing laws.

Among the points outlined in the lengthy report, the commission advises that the state should consider putting in place an “implied consent” measure for drug charges that would suspend licenses of drivers who refuse to take assessments.

Other advisements included establishing an open container law for marijuana and expanding the number of DRE officers in the state. There are nearly 150 currently.

Hurowitz believes it’s only a matter of time until the existing challenges surrounding the laws are scrutinized in the state’s highest courts.

“The right case hasn’t come up yet for everybody, but there have been challenges here and there essentially saying that (the DRE exam is) not scientifically reliable,” he said. “The entire battery of the drug recognition, 12-step process is not based in science and eventually there will be a challenge that brings this all the way up to the Supreme Judicial Court.” 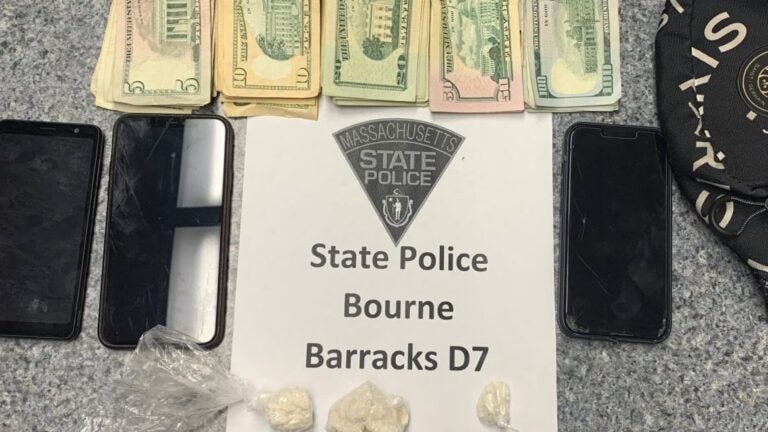 A driver in Carver was stopped for his speed — and arrested for his crack, police say