CONCORD, N.H. (AP) — New Hampshire’s House lawmakers passed a bill Thursday to legalize recreational marijuana, though support appears to be waning and wouldn’t be enough to override a promised veto.

Thursday’s debate focused mainly on the financial aspects of the bill, which calls for a 5 percent tax at the wholesale level and 9 percent tax on retail sales. Supporters say those rates would be lower than those levied in competing states and would allow the legal market to compete with and eventually eliminate the black market for the drug. They said legalization likely would produce more than the $20 million to $31 million per year in estimated revenue included in an earlier version of the bill, and urged their colleagues to think far down the road when marijuana might be legalized at the federal level.

“If the first legal New Hampshire recreational sales do not occur until the products are legal nationally, companies outside New Hampshire will have the production, management and distribution systems in place and will quickly take control of the business aspects of the New Hampshire cannabis businesses. We will be left with cashiers and line managers running retail stores, and consumers sending portions of their money to out-of-state businesses,” said Rep. Jerry Stringham, D-Lincoln. “Our ability to have a meaningful business at that point years from now will depend on the progress that legitimate in-state businesses make between now and then.”

Opponents argued that the revenue estimates were based on outdated data and don’t reflect the experiences of other states where revenues have fallen short of projections. Some cited their objections to sales taxes in general, while others said they worried the state would eventually divert money away from education and prevention programs as specified in the bill. Rep. Charlie Burns, R-Milford, called that the “biggest addiction of them all.”

“In a perfect world, the state would legalize marijuana, regulate and restrict sales to adults, destroy the black market and create a wonderful new source of revenue. But guess what? We don’t live in a perfect world,” he said. “If we must pass this bill let the money fund a state-of-the-art mental hospital, rehabilitation network and drug abuse education program. If money is diverted to the general fund it is only a question of time before future Legislatures vote to retain more and more of the dollars.”

Ten states have legalized recreational marijuana — including the three bordering New Hampshire — while New York, New Jersey and others are considering it this year. Last year, California became the largest legal U.S. marketplace, Massachusetts opened the first recreational shops on the East Coast, Canada legalized it in most provinces, and Mexico’s Supreme Court recognized the rights of individuals to use marijuana, moving the country closer to broad legalization. 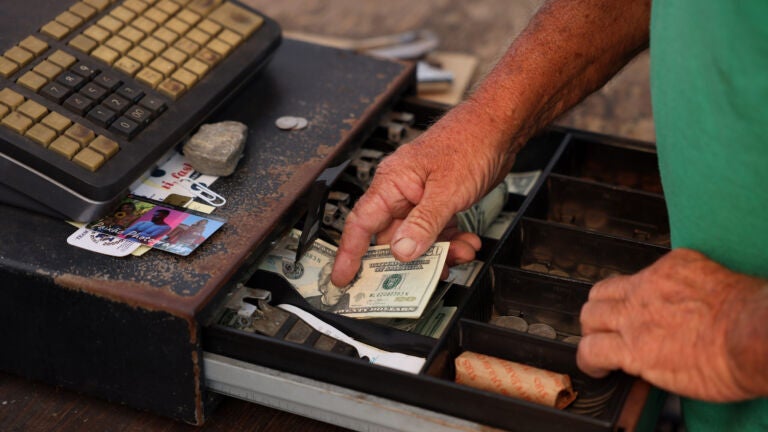 Poll: 53% of Mass. small businesses make less than they did before pandemic