Boston police officers are investigating a string of vandalisms at St. Gregory Parish in Dorchester — as well as recent vandalism incidents at two Hyde Park churches.

A religious statue on the Dorchester church’s property was defaced this week, the fourth time in the last few weeks that such an incident has occurred there, police say.

Jack Ahern, pastor of the church, told Boston.com in an interview Thursday that each time someone has poured a “pink substance” with a consistency similar to paint over a statue of Mary located in front of the church’s school.

“The first time I thought it was a prank,” Ahern said. “I was there a couple nights ago at 10 o’clock, and it wasn’t there, but, by the early morning mass at 7, it was there.”

Statues at St. Anne Parish and Most Precious Blood Church, both in Hyde Park, were similarly vandalized with an “unknown red substance” about a month ago, police say.

In addition, an individual told police that a parishioner had notified him of an incident in which a woman entered Most Precious Blood Church and attempted to spray a substance on statues inside, according to a release. When confronted, the woman said she had been praying and left, he said.

The vandalisms have been upsetting to members of the community, Ahern said, but he’s more concerned about the mindset of the perpetrator than any threat to the church. 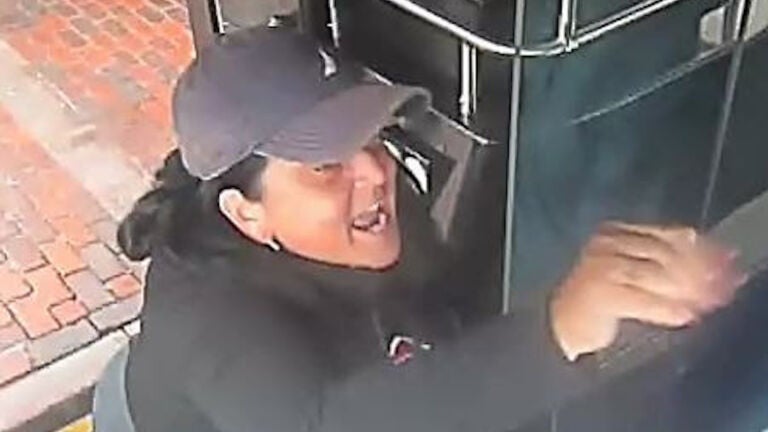