A 67-year-old man shot his neighbor’s dog in self-defense on Sunday afternoon after the American pit bull attacked and bit him outside of his house, Manchester, New Hampshire, police say.

The man — identified as Carlos Ryan by NBC10 Boston — told police he had left his home at about 1 p.m. to take his small dog on a walk when he saw a “large aggressive dog” come running out of a house on Bowman Street, according to a release. While trying to protect his own dog, Ryan was bitten on his right arm and pulled to the ground by the pit bull, police said.

“The pitbull let go of the [victim’s] arm and as he was trying to gather himself and got back on his feet to walk away, the pitbull came running back at him full speed,” officers wrote in the release.  “The victim stated he was carrying a handgun on him and that he shot the pitbull out of fear of being attacked again.”

Ryan was treated for nonlife-threatening injuries at a local hospital, and the pit bull was transported to a local veterinary hospital for treatment of a single gunshot wound.

Ryan told NBC10 Boston that he never leaves the house without a gun.

“It’s too dangerous out there,” he said.

Officials say the case is under investigation, but it appears Ryan will not be charged. 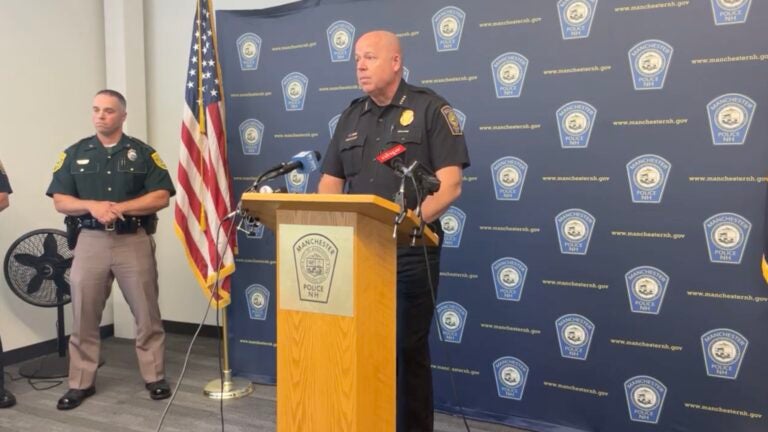