When students in Warwick, R.I., line up in the cafeteria next week, they’ll have no shortage of lunch options. Do they want a chicken Parmesan melt? Hummus and fresh vegetables with tortilla crisps? Pizza? Sweet potato tater tots? A burger? Something from the deli bar? Or, in the popular all-day-breakfast category, pancakes with a cheese omelet and a side of bacon?

But for some, making a decision won’t be necessary. Starting on Monday, any student with unpaid lunch debt will be automatically given a sunflower seed butter and jelly sandwich instead of hot food, the city’s school district announced on Sunday. Officials told the Providence Journal that the policy is necessary because the district is owed tens of thousands of dollars in lunch money, on top of contending with a budget deficit in the millions.

But critics argue that since children have no control over their parents’ finances, they shouldn’t be penalized or potentially subjected to public humiliation because of their inability to pay.

“I just don’t think it’s fair to hold the kids responsible,” Heather Vale, who has two children attending a middle school in the district, told WLNE. “I think it’s embarrassing to the kids because now everyone’s going to know why these children are receiving the lunch that they are.”

While one local restaurant owner offered $4,000 to wipe out students’ debts, her donation was rejected by school administrators. “Every idea I had got shut down,” Angelica Penta told WJAR on Tuesday, barely concealing her frustration.

The controversy is the latest episode to draw attention to what critics have labeled “lunch shaming.” In schools nationwide, students have been branded with stamps, given unappealing cheese sandwiches, or even had their lunches thrown away after employees discovered that they were in arrears. In 2015, a Colorado cafeteria worker said that she had been fired for giving free food to hungry elementary school students, one of whom had broken down in tears. Similarly, in 2016, a lunch worker in Pennsylvania quit in protest after she was forced to refuse a hot meal to a student because he couldn’t pay for it.

“As a Christian, I have an issue with this,” Stacy Koltiska, the Pennsylvania cafeteria worker who resigned in disgust, told The Washington Post at the time. “It’s sinful and shameful is what it is.”
In Warwick, a suburb of Providence, close to 40 percent of students in pre-K through 12th grade qualified for free or reduced-price lunches in previous years. While such programs are intended to make sure that no children go hungry, students nationwide often end up incurring debt because their parents make just slightly too much to qualify for subsidized meals, experts told The Washington Post’s Heather Long last year.

In other cases, families fail to complete the necessary annual paperwork, which requires disclosing a considerable amount of personal information. Under the Trump administration, Long reported, some immigrant families have become fearful that asking for assistance could make it harder for them to achieve permanent residency status in the future.

Harried parents may also simply forget to check on their kids’ account balances. “Life gets in the way sometimes, and to penalize kids for, you know, one, two dollars to me is crazy,” Julie Roberts, a Warwick parent, told WLNE.

States including Virginia, California and New Mexico have banned “lunch shaming” in recent years, saying it unfairly stigmatizes students growing up in poverty. In Rhode Island, legislation requiring all students to receive the same hot lunch regardless of their financial circumstances is currently pending, according to the Journal. Other communities in the state have faced similar controversies. In December, officials in Cranston, which neighbors Warwick, were widely criticized for hiring a collection agency to track down families with outstanding school lunch debt.

School administrators have said that such extreme measures are necessary due to budget shortfalls. Karen Bachus, the Warwick School Committee’s chairwoman, told the Journal that the district is owed more than $40,000 in lunch money. Other officials told WJAR and the Warwick Post that the total was actually closer to $77,000. Due to a $4 million deficit, the district has already cut back on janitorial services and is looking at eliminating a popular mentoring program that now lacks funding, the Journal also reported.

Nationwide, concerned parents and community members have taken matters into their own hands, fearing that students will be bullied when their classmates discover that they can’t afford lunch or struggle to concentrate in class because they’re hungry. In 2016, writer Ashley C. Ford inspired her Twitter followers to wipe out over $100,000 of outstanding lunch debt in Minneapolis schools. Even if a parent had the ability to pay off their balance but had neglected to do so, she told NBC’s “Today” that was no reason their child should suffer.

Earlier this month, the mother of Philando Castile, who was fatally shot by a police officer in 2016, gave a Minnesota high school $8,000 to settle roughly 100 students’ lunch debts in honor of her son. Castile was a cafeteria worker who had been known for paying for students’ lunches out of his own pocket if they were short on cash, and a crowdfunding campaign last year raised more than $178,000 to continue that legacy.

Penta, the Rhode Island restaurant owner, tried to do the same thing.

In March 2018, reports began circulating that a student in the neighboring town of West Warwick had his lunch thrown away by a cafeteria worker because he didn’t have enough money in his account. Incensed, Penta started a fundraising drive and placed donation jars by the cash registers at the restaurants that she and her husband co-own in both Warwick and West Warwick.

Administrators in West Warwick were happy to accept her donation of $4,000 and apply it to students’ accounts, Penta told WPRI. That district, which is separate from Warwick Public Schools, also announced that students would no longer be denied a hot meal based on their ability to pay.
In Warwick, things went very differently.

On Sunday, Penta wrote on Facebook that she had met with district officials about paying off students’ lunch debt on two separate occasions, and tried to offer them an additional $4,000. The second time, she said, she had left in tears after they refused to accept the check. As a result, the recent news that students who couldn’t afford lunch would be getting a cold sandwich came as a blow to her.

“To me, a sunbutter and jelly sandwich is lunch shaming, because you’re basically telling all the other kids that you can’t afford lunch and you don’t have any lunch money,” she told WPRI.

In a statement to local media, Warwick officials said that they had to turn down the money because otherwise they would have had to decide which students it should benefit.

“Each time these offers were made, Warwick Public Schools stated that the school department was not in the position to single out or identify specific students that should be selected for a reduction in their lunch debt while excluding others,” the statement said.

Administrators also noted they had suggested that Penta should create a program to decide which students would have their lunch debt erased, and review the applications herself. For now, that’s more or less what she’s doing.

“If you need help reach out to me,” she wrote on Facebook on Sunday, encouraging any Warwick parent who couldn’t afford school meals to contact her. “There is no need for any child to be denied a hot lunch. We never know a child’s or their family’s situation, everyone struggles at some point.

In the meantime, Penta’s neighbor has set up a GoFundMe page, hoping to wipe out all the debt held by students across the district and overcome administrators’ objections.

“If we can raise all the money, then they’re not choosing kids,” Penta told the Warwick Post. 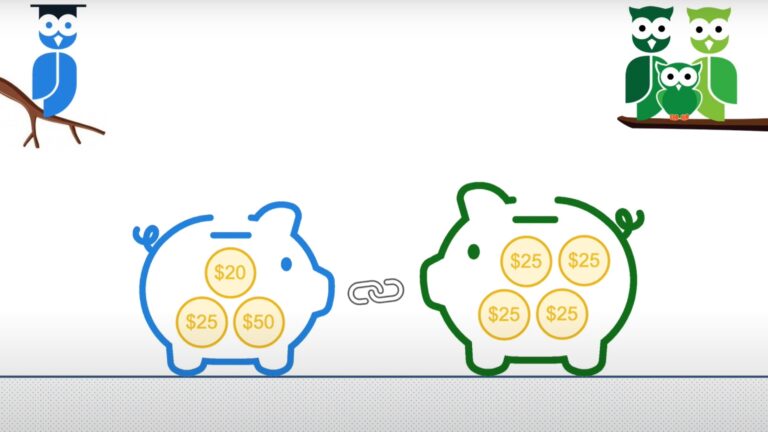