Family and colleagues mourned Sunday the deaths of the first woman to lead Massachusetts’ university system and her husband,a retired MIT professor, after the couple were found Friday in their Florida home overcome by carbon monoxide from a car they had purchased for its modern safety features, family members said.

Their 2017 Toyota Avalon, which had a keyless ignition system, apparently was accidentally left running in the garage of the Sarasota home of Sherry H. Penney, 81, the former interim president of the University of Massachusetts, and James Livingston, 88, a retired Massachusetts Institute of Technology professor, according to family.

When the couple were found Friday, the vehicle was out of gas and its battery dead, while the home was full of carbon monoxide, said Penney’s son, Michael.

“That was a big deal for her, that it was such a safe car,’’ Michael Penney said.

Penney served as the interim president of the University of Massachusetts from 1995 until 1996, and led UMass Boston as its chancellor from 1988 to 2000, according to the university.

“They were working on making the world better, making everyone’s lives better, and were giving of themselves right up to the end,’’ said Michael Penney, 55.

Barbara Livingston, 58, Livingston’s daughter, said she had “never known a couple close to them in regard to their accomplishment, their compassion, their brilliance.’’

In 1988, Livingston and Penney were living in New York state when she secured the UMass Boston job, and the couple moved to Braintree.

Livingston, who was at General Electric at the time, took a job as a senior lecturer with MIT’s Department of Materials Science and Engineering.

They didn’t insist upon excellence, Barbara Livingston said, but rather focused on “their hope for excellence.’’

“They were very understanding of people falling short in any regard’ they just wanted people to try to be good in the world,’’ she said.

On Friday morning, a house cleaner arrived at the home, found the couple, and called 911, Michael Penney said.

Officers who were called to the house at 5244 Bouchard Circle reported elevated levels of carbon monoxide, according to a Sarasota County Sheriff’s Office statement posted Friday afternoon on Twitter.

“Based on preliminary findings, the incident appears accidental; however the investigation remains active and ongoing,’’ the statement said.

The investigation was ongoing as of Sunday, said Lieutenant Jeff Lane of the Sarasota County Sheriff’s Office, in a brief phone interview Sunday afternoon.

Penney and Livingston spent winters at their Sarasota home, where they could be close to Penney’s children and grandchild, and were in a midst of a move to Hingham, Barbara Livingston said.

The two were due to return to Massachusetts May 21.

On Tuesday night, Penney gave a lecture at a local International Women’s Forum, Barbara Livingston and Michael Penney said. That’s believed to be the last time they were seen publicly, the two said.

Penney’s talk that night focused on “what women have accomplished, and what they have to accomplish,’’ Barbara Livingston said. “And my dad was right there with her.’’

Michael Penney said his 15-year-old daughter would often attend Penney’s lectures, which were held at continuing education programs and the women’s forum meetings, although she was not in attendance Tuesday.

“My daughter got to see her grandmother as the leader she was,’’ he said.

Penney — an “unstoppable force’’ — had a strong effect on her audiences, and many people would speak to her afterward, he said.

“It was very powerful for my daughter to see that,’’ Michael Penney said.

On Sunday, Martin T. Meehan, the current president of UMass, offered his condolences in a statement.

“The UMass family is saddened to learn of the passing of former UMass Boston Chancellor Sherry Penney and her husband and collaborator, James Livingston,’’ Meehan said. “Sherry, who also served as interim university president, was an expert in leadership who both studied and demonstrated the benefit of women in leadership roles. Our thoughts are with Sherry and James’s loved ones.’’

“Chancellor Penney was an extraordinary leader at UMass Boston and a good friend to the institution even though in retirement she lived far away,’’ Newman said in the statement. “She was one of the first people to step forward and ask how she could help me in my new role and never failed to congratulate the campus when good news about its achievements surfaced in the press.’’

When Penney took over at UMass Boston, she was the top choice to lead the school, following a six-month search that included more than 100 candidates, the Globe reported.

“I’m thrilled to be here,’’ Penney said, after the university’s trustees appointed her.

Following her retirement in 2000, she founded the Center for Collaborative Leadership and served as its director until 2012, according to the university.

Barbara Livingston said Penney and her father had known each other since the 1960s, living a few doors apart in East Glenville, N.Y. They were friends, both married to others at the time.

Years later, after their first marriages ended, they connected, Barbara Livingston said, and weremarried in 1985.

In stature, they were opposites: Penney was 4 feet, 10 inches tall, and Livingston was 6 feet tall. But they were profoundly interested in the same things: Both were Unitarians, both anti-war, both were strong Democrats, and both advocates for women’s rights, she said.

And they believed in taking care of family and those around them.

“They loved each other so much, they wanted the happiness they felt to extend to as many people as possible,’’ Barbara Livingston said. 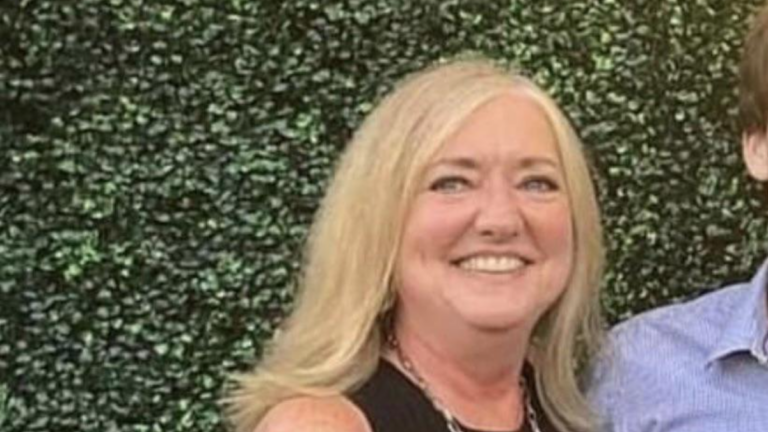