As more and more recreational marijuana shops open across Massachusetts, state regulators turned their focus Thursday toward the next frontier of the industry’s rollout:

Otherwise known as cannabis cafes or marijuana lounges, social consumption establishments are for weed what bars are for alcohol: a business where people are allowed to buy and consume the drug on site, whether that be by inhalation or ingestion.

Even though the 2016 ballot measure legalizing adult-use marijuana in Massachusetts gave the Cannabis Commission Control the authority to license social consumption establishments, the agency decided to put off implementation amid Gov. Charlie Baker’s concerns that the agency had their hands full getting recreational dispensaries up and running.

However, since smoking or consuming marijuana in public remains illegal, that decision has left residents who aren’t allowed to use the drug at home with few options.

“At this time, cannabis use is not legal for everyone, because people in public housing and renters and others don’t have a place to legally consume,” CCC commissioner Shaleen Title said Thursday.

So with nearly 20 retail pot shops open in the state, the CCC is moving forward with a social consumption pilot, a concept that Baker says “would make a lot of sense.” The agency approved the plan, after an at-times contentious discussion, in a 3-2 vote Thursday.

“I believe it is the will of the people,” CCC Chairman Steve Hoffman told reporters after the vote. “I believe there is a strong desire to have this.”

That doesn’t mean cannabis cafes will being popping up soon; the timeline for implementation remains unclear.

“It’s going to take a while,” Hoffman said.

Even advocates have acknowledged it could be “a matter of years” before such businesses open in Massachusetts. The pilot program approved Thursday still has to go through two more rounds of deliberation and approval, including a public comment period, before it can be implemented (as well as legislative action to make a technical tweak in the state law).

Still, the plan does illustrate what the first cannabis cafes and lounges in Massachusetts will look like, if and when they do open:

With apologies to yogis and moviegoers, cannabis cafes will be primarily cannabis starting out.

Under previous draft regulations, the CCC has raised the possibility of both “primary use” and “mixed used” social consumption licenses. That won’t be the case in the pilot program.

“Mixed-use licenses, like yoga studios and move theaters that we discussed last time, are off the table for now, until we can collect more information,” Title, who led the agency’s social consumption working group, said Thursday.

There are still two types of licenses under the proposed pilot: Primary-use licenses, like cannabis cafes, and event host licenses for public events where marijuana could be consumed, like a concert or festival.

The working group also decided to prohibit smoking marijuana indoors, considering the statewide ban on indoor smoking. Officials noted that the ban is more restrictive that the social consumption rules in Alaska and California, which allow indoor smoking with “adequate ventilation.”

The Massachusetts pilot program would let event hosts allow smoking in a designated outdoor area away from doors and windows, if local authorities deem it “compatible with uses in the surrounding community.” Vaping would be allowed indoors with proper ventilation.

What would the rules be?

Just like a recreational marijuana dispensary, customers are required to be 21 to access the premises of any social consumption establishment — and licensees must show that they have a plan to prevent underage usage.

Also, similar to a bar, officials decided that customers would not be allowed to take cannabis products they purchased off the premises, even if they have “leftovers,” so to speak. Similarly, customers wouldn’t be allowed to bring cannabis they brought elsewhere to consume on-site (i.e. no “BYOC). Anything consumed on-site must have also been purchased on-site, according to the plan.

Under the pilot program, the state’s purchase limits of one ounce of marijuana flower or five grams of concentrate for retail pot shops will also apply to social consumption businesses.

However, due to concerns about overconsumption, an individual purchase of edibles will not be allowed to exceed 20 milligrams of tetrahydrocannabinol (THC), which the state defines as the maximum amount for “a reasonable portion intended for a single use.” Solid edibles would also separated or perforated into 5 milligram servings.

Customers themselves will also have to “receive and verbally acknowledge an understanding” of a consumer education card on the potency and potential length of impairment of edibles.

The primary reason that two of the CCC commissioners voted against the pilot program Thursday was their concern about its effects on impaired driving in Massachusetts.

“I don’t think we should be allowing social consumption unless and until the state addresses the ability to better detect marijuana impairment to take drivers who are unsafe off the road,” Commissioner Britte McBride said, noting the “increased prevalence” of marijuana-impaired driving and the absence of a reliable roadside test for the drug.

Pilot program participants would be required to submit plans showing how they will assist impaired customers with finding transportation for review by both the CCC and local municipal officials. Employees would also have to take a training program on detecting impairment and ensuring customers aren’t over-served.

What towns would be in the pilot?

The pilot will be capped at a maximum of 12 communities, beginning with the five — Amherst, North Adams, Provincetown, Somerville, and Springfield — that participated in the working group, if they choose to opt in.

If more than 12 municipalities in the state want to participate, the CCC will narrow it down based on size, socioeconomic diversity, and geographic diversity.

“The point of the pilot is let’s collect data, research, figure out if there are issues, so I think we want to have a good cross section of cities and towns,” Hoffman told reporters.

Who can get licenses?

Social consumption advocates say it is first and foremost an equity issue — and not only for consumers, but also aspiring entrepreneurs.

Officials have been trying to make the recreational marijuana industry accessible to the communities disproportionately harmed by the War on Drugs by offering them training and preferential treatment in the licensing process. However, only 3.1 percent of the state’s license applications for dispensaries and other types of marijuana establishments came from minority-owned businesses in 2018. Another 3.5 percent came from business owned by women or veterans.

CCC officials are hoping that the social consumption businesses, which have relatively lower start-up costs, could be a source of opportunity for those groups, so they’re reserving the pilot program to participants in the agency’s social equity program, economic empowerment applicants, craft cooperatives, and micro-businesses.

“It’s a much lower financial barrier to entry than some of the other license forms, so it’s part of helping us meet our social equity and diversity objectives,” Hoffman told reporters.

“No other state has done exclusive access to licenses for these groups, so it was difficult today, and it was intense, but I feel great about it,” Title said. “We live to fight another day.” 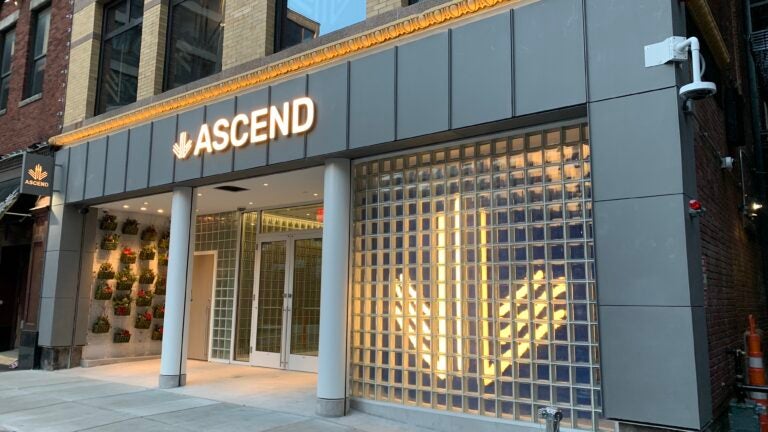