The ramp could soon be free — at times.

During a meeting Monday, MBTA officials announced a plan to let Silver Line buses use a ramp in Boston’s Seaport during the congested afternoon rush hour, a compromise following years of pressure from transit advocates to open the state-owned I-90 entrance up to public transportation.

The otherwise inconspicuous ramp would allow the Silver Line routes to Logan Airport and Chelsea (SL1 and SL3) to take a shortcut into the Ted Williams Tunnel, bypassing its current circuitous Seaport route and skipping ahead of traffic on the often-congested highway. Officials said it could cut the time of a trip to the airport by half during high-traffic periods.

Since it was constructed during the Big Dig, the ramp has been under the control of Massachusetts State Police and reserved for emergency vehicles, which use it to access I-90 and remove disabled vehicles from the tunnel. This exclusive usage has led to a running dispute between state officials and transit activists rallying behind the slogan #FreeTheRamp.

The pilot program is a step in the direction of the ramp’s liberation, but some activists still aren’t satisfied.

Under the new plan, the MBTA would allow Silver Line buses to use the ramp on a temporary basis this summer from 3 to 6 p.m., when traffic along that stretch of highway is at its peak.

Officials gave two reasons for limited nature of the pilot.

First, after studying the idea, they found using the ramp resulted in “only a small improvement in run time” for the Silver Line when I-90 traffic is flowing, according to Jeff Gonneville, the MBTA’s deputy general manager. Rather, the roughly one-mile shortcut would only be worth it when there is actual traffic to bypass.

“At times when traffic is at the worst in the Ted Williams Tunnel, we could see a potential 10 — to even 19 — minutes worth [of] improvement in run time by essentially cutting to the front of the line,” Gonneville said.

The current SL1 runtime is about 20 to 30 minutes, according to the MBTA.

The second issue is safety.

Transit advocates have contended that the ramp was originally intended for Silver Line use, but MBTA officials said Monday that they found no indication it was built for anything but emergency use. As a result, it isn’t perfect for buses.

A physical barrier on the ramp’s left side limits visibility of oncoming traffic on I-90, leaving 200 feet before vehicles would have to merge. According to the MBTA’s plan, the 60-foot Silver Line buses would have to stop at the bottom of the ramp to check if it’s safe to merge. Additionally, the diesel-electric hybrid Silver Line buses accelerate slower than other buses.

“That merging distance does not give the bus the amount of time to accelerate to be able to come up to a highway speed,” Gulliver said.

The buses also wouldn’t be allowed to use the ramp if highway traffic is moving faster than 30 miles per hour, even between 3 and 6 p.m. MBTA officials said they’re working to install technology to monitor traffic speeds — and whether the ramp is in use by emergency vehicles — then notify buses that they have to use the normal route.

“This is kind of a Goldilocks problem,” Gulliver said. “It’s trying to figure out when the best time to use the lane is; that they can get those service improvements but also do it in a safe way.”

The plan received praise Tuesday from some local transportation advocacy groups, others were less impressed.

“This is ripe horses***,” Ari Ofsevit, a board member of the Boston-based group Transit Matters who has led the #FreeTheRamp movement, tweeted Monday.

In an opinion piece for Commonwealth magazine earlier this year, Ofsevit pointed out that other MBTA buses (though not the hybrid Silver Line fleet) use routes with shorter merging distances than the Seaport ramp, making the case that the Silver Line should be able to use it during all hours of operation.

“The 30 mph limit is only necessary because MassDOT is adding a stop sign,” he wrote. “Allow the buses to merge like the 111 bus merges on to the Tobin and it becomes a non-issue.”

Jim Aloisi, a former MassDOT secretary, suggested that officials could have used flashing lights to notify travelers on I-90 when a Silver Line bus was entering.

“The auto-centric planners @MassDOT who claim concern about the safety implications of Silver Line buses using the Ted Williams Tunnel ramp might have given thought to using flashing lights like state police cars use when they enter from the ramp,” Aloisi tweeted. “It [isn’t] rocket science folks.”

The MBTA said it’s moving forward with its current plan. The next steps include collecting data and setting up the traffic-monitoring system and electronic notification signs. The Silver Line is set to begin using the ramp sometime this summer. Gulliver said officials are “deliberately” not giving a hard date, stressing the need to let officials continue their work and coordinate with the MBTA and State Police.

“We need to make a data-driven decision on this,” he said. 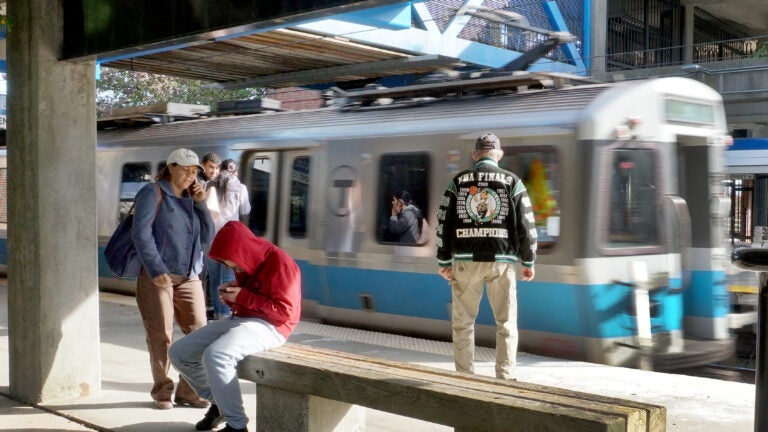