ALFRED, Maine (AP) — A Massachusetts priest who was defrocked for child sexual abuse and was portrayed in the movie “Spotlight” is going to prison for a second time — this time in Maine.

Justice Wayne Douglas said he didn’t detect expressions of remorse or responsibility from Paquin, who he said betrayed the “sacred trust” of his victims. He imposed the maximum sentence of 20 years but suspended a portion of the sentence.

One of Paquin’s victims, 45-year-old Keith Townsend, testified before the sentencing that Paquin’s abuse sent him into a spiral of depression and drug abuse, and caused him to question his faith in God. The Associated Press does not normally identify victims of sexual abuse, but Townsend identified himself as the victim and gave permission for his name to be used.

Later, Townsend said he was satisfied with the sentence, and he hopes it motivates more victims to name their abusers.

“I just hope it shows victims who are still living in the shadows that they can come forward,” Townsend said.

Paquin was portrayed in the movie “Spotlight” about the Boston Globe investigation into abuse by Roman Catholic clergy and his case was a critical piece of a sexual abuse scandal that consumed the Archdiocese of Boston. Testimony against Paquin in the Maine case included allegations that he plied young victims with alcohol and allowed them to drive his car without a license. Victims alleged the abuse went on for years.

Paquin, who was defrocked 15 years ago, was convicted in late November on 11 of 24 counts of gross sexual misconduct. His attorneys said after court that he plans to appeal both the conviction and the sentence.

One of Paquin’s attorneys read a statement during court that had been written by Paquin in which he said he is a victim of sexual abuse himself. The statement said he spent years “pretending that I was living a happy life with no problems,” when he was actually traumatized by the abuse.

He was charged with assaulting two boys, one of whom was Townsend, between 1985 and 1988 in Kennebunkport when the victims were 14 years of age or younger. He spent more than 10 years in a prison in Massachusetts for sexually abusing another altar boy in that state, and then faced more charges in Maine for abuse.

Paquin was released from prison in 2015 after his completing his sentence in Massachusetts and then taken into custody in Maine. He faced a maximum of 20 years in prison, and prosecutors requested that he serve all of it because of his long pattern of winning his victims’ trust so he could abuse them.

The case of Paquin’s abuse of Townsend was an example of abusing power, they said.

“He’s a young boy who is being told to respect this religious authority who’s telling him what is happening to him is OK,” prosecutor Justina McGettigan said in court. “He would be able to control their minds because of who he was in their lives.” 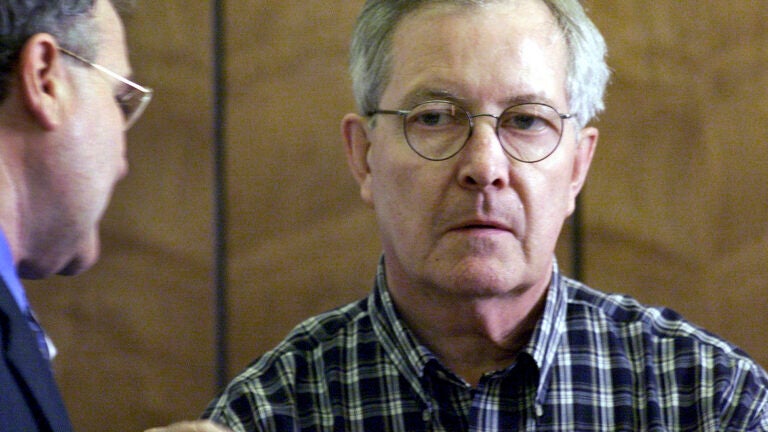