Looking for the best city to grab a cheap beer? Boston may not be the best option.

But if you’re looking for a city where residents have the disposable income for expensive beer, you can’t do much better, according to a new ranking.

Earlier this month, Deutsche Bank released its annual survey of global prices and living standards, which took stock of more than 50 cities across the world. The survey included rankings for financial metrics from the more general to the obscure.

Here’s how it breaks down:

Best quality of life in the country

According to the survey, Boston has the best quality of life of any American city in 2019 — ranking eighth overall in the world and one spot ahead of San Francisco. Zurich topped the quality of life ranking, followed by Wellington, Copenhagen, Edinburgh, Vienna, Helsinki, and Melbourne.

What makes for high quality of life? The measure appears to be associated with high average salaries, but it’s also not that simple.

Boston did have the fourth-highest salaries in the world — behind San Francisco, Zurich, and New York City — with an average monthly income of $4,288. San Francisco, which rose seven spots over the last five years, averaged $6,526 a month.

The survey’s author attributed the ascent of San Francisco and other American cities to “the rapid growth of the US tech sector” as well as a strong American economy and dollar.

Still, the reason Boston beats out San Francisco and New York in terms of quality of life appears to have something to do with the price of living. According to the survey, the monthly price of rent for a “mid-range” two-bedroom apartment in San Francisco and New York is $3,631 and $2,909, respectively — good for second and third highest in the world. Rent in Boston is significantly lower, though still relatively high compared to other cities. The monthly price tag of $2,201 was good for seventh-highest in the world.

When Boston earners’ incomes are adjusted for rent, the city jumps back into the top five. In the survey’s index of disposable income after rent, Boston ranked fourth — still behind San Francisco, Zurich, and Chicago. The survey suggested a correlation between after-rent disposable income and quality of life, as seven cities placed in the top 10 for both.

What about the fun stuff?

Despite Boston’s high income and costs, the city remains relatively affordable to visit. According to the survey, the city was only the 30th most expensive (out of 51) in its weekend getaway index. The most expensive for tourists were Milan, Copenhagen, Zurich, Madrid, and Vienna.

That said, the German bank’s definition of a weekend destination sounds a bit luxurious: “Two nights at a standard 5-star hotel room, two pub meals for two, two restaurant dinners for two, car rental for two days, two pints of beer, four litres of soft drinks/water, and a bit of shopping (purchases of a pair of jeans and a pair of sports shoes.” The silver lining is that the price of a five-star hotel room with a view in Boston ($239) is the ninth cheapest of the 50 countries surveyed.

What about a “cheap date” — comprising a cab ride, meal, and movie tickets for two, and a few drinks — instead? Boston is 14th on the list. Avoid Zurich, Oslo, and Copenhagen if you’re definition of a cheap date is something less than $150.

A simple dinner out for two ($50) vaults Boston back into the top 10. And a full-course Italian dinner for two in Boston ($99, eight most expensive in the world) costs more than the same will in any city it Italy.

Could it be the alcohol that’s driving those costly meals? Boston has the eighth-most expensive beer in the world — priced at $7.20 for a pint at one’s neighborhood pub, which is up from $5.60 in 2014, according to the survey. Still, it’s not as bad as Dubai, where the average $11.40 pint is the world’s most expensive.

Not a beer drinker? Even soda is getting pricey in Boston. The cost of a liter of Coca-Cola in the city is $2.30, good for 13th most expensive in the world and 21 spots higher than in 2014.

Boston is also the fourth most expensive city for getting a cleaner. According to the survey, the hourly rate is $36 — behind only Oslo, Helsinki, and Stockholm.

“There must be a snow tax!” Deutsche Bank researchers wrote, alluding to the four cities’ similar climates.

Boston also has the fifth-most expensive internet in the world at $50 a month, trailing only Dubai, Dublin, New York, and San Francisco. The city ranks 12th for both the price of a business-district gym membership ($82) and for a standard men’s haircut ($28).

Fortunately for Bostonians, they can recoup some of that gym and haircut money when they go clothes shopping: The average price of a pair of jeans in the city is $50, the 11th cheapest of the 54 cities surveyed. Not quite as good a deal as in Lagos, where the price is less than $25, but still better than Zurich, where jeans are nearly $120. 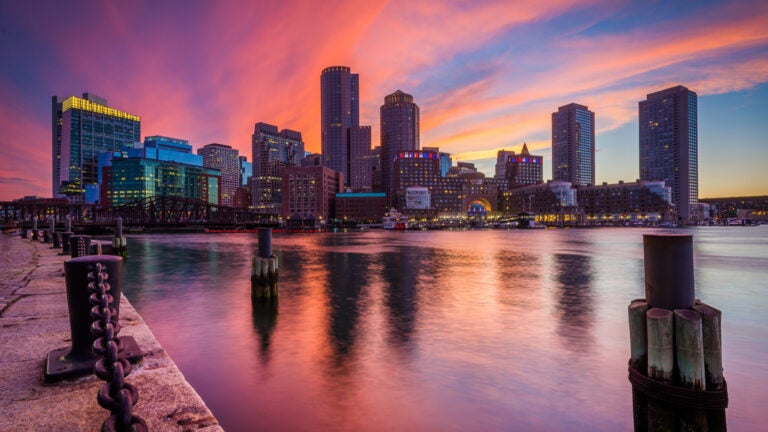