PROVIDENCE, R.I. (AP) — Rhode Island’s Roman Catholic bishop on Sunday defended a tweet urging Catholics to not support or attend LGBTQ Pride Month events, saying it was his obligation to teach the faith ‘‘clearly and compassionately, even on very difficult and sensitive issues.’’

Diocese of Providence Bishop Thomas Tobin sparked a backlash beginning Saturday when he tweeted, ‘‘A reminder that Catholics should not support or attend LGBTQ ‘Pride Month’ events held in June. They promote a culture and encourage activities that are contrary to Catholic faith and morals. They are especially harmful for children.’’

A reminder that Catholics should not support or attend LGBTQ “Pride Month” events held in June. They promote a culture and encourage activities that are contrary to Catholic faith and morals. They are especially harmful for children.

The posting spurred rebukes by thousands of people who replied on Twitter, including actresses Mia Farrow and Patricia Arquette. Many invoked the scandals of clergy sexual abuse of children in the church.

‘‘This is pure ignorance & bigotry,’’ Farrow wrote. ‘‘Ignore this hate-filled hypocrite. His mind set leads only to suffering. He brings to mind those priests who molested my brothers. Of COURSE we should embrace our LGBTQ brothers and sisters and children. Jesus spoke of love.’’

Kids are in far more danger at a catholic church than at a gay pride gathering.

Arquette tweeted, ‘‘Shame on you. LGBT kids are thrown out on the streets and abandoned because of poisonous thinking like yours.’’

Shame on you. LGBT kids are thrown out on the streets and abandoned because of poisonous thinking like yours.

The diocese on Sunday released a statement by Tobin.

‘‘I regret that my comments yesterday about Pride Month have turned out to be so controversial in our community, and offensive to some, especially the gay community,’’ Tobin said. ‘‘That certainly was not my intention, but I understand why a good number of individuals have taken offense. I also acknowledge and appreciate the widespread support I have received on this matter.’’

Tobin added that he and the Catholic Church have ‘‘respect and love for members of the gay community.’’

‘‘As a Catholic Bishop, however, my obligation before God is to lead the faithful entrusted to my care and to teach the faith, clearly and compassionately, even on very difficult and sensitive issues,’’ he said.

As of Sunday afternoon, 69,000 people had replied to the tweet, about 15,800 liked it and nearly 4,700 retweeted it. Many of those who replied supported the bishop. 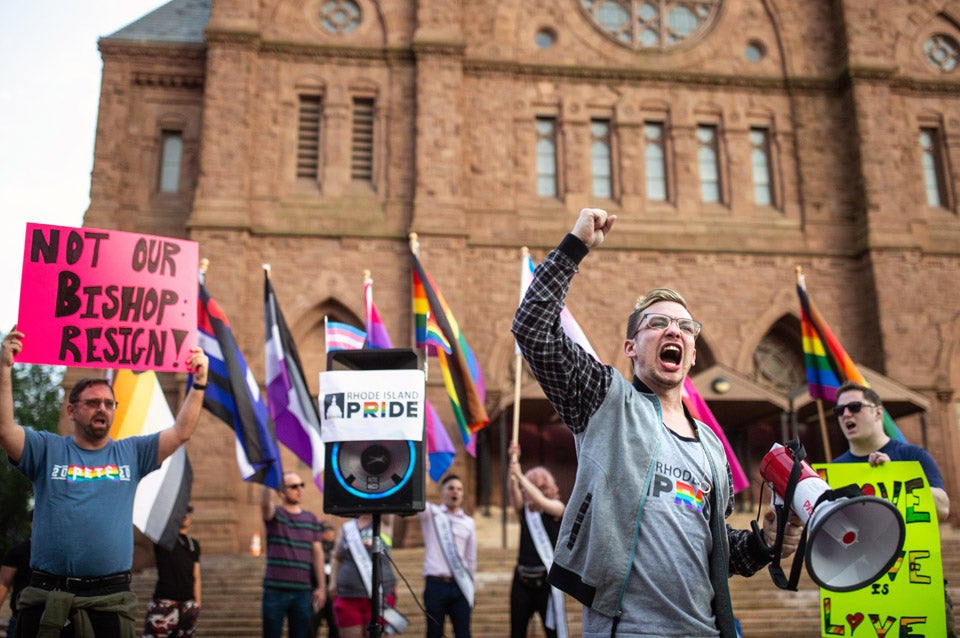 Joe Lazzerini, president of Rhode Island Pride, speaks during a rally Sunday held in Cathedral Square in front of the Cathedral of Saints Peter and Paul in Providence.

The LGBTQ group Rhode Island Pride held a rally outside the diocese’s headquarters in Providence on Sunday evening.

‘‘Jesus never said a word about homosexuality, about Pride, or the Queer community,’’ the group’s president, Joe Lazzerini, said in a statement. ‘‘Rhode Island Pride respectfully calls on Bishop Tobin to do some self-reflection as the majority of Catholic Rhode Islanders in this state reject the idea that to be Catholic is to be complicit to intolerance, bigotry, and fear.

‘‘Bishop Tobin doesn’t represent the majority of Rhode Island Catholics who support the LGBTQIA+ community in Rhode Island,’’ he wrote.

Tobin is a conservative bishop who has said that he was aware of incidents of sexual abuse reported to church officials while working in Pennsylvania, but that it wasn’t his job to deal with them. He was auxiliary bishop of Pittsburgh from 1992 until 1996. A Pennsylvania grand jury report last year detailed decades of abuse and cover-up in six dioceses, including the Pittsburgh diocese.

In July 2018, Tobin deleted his Twitter account, calling it a major distraction, an obstacle to his spiritual life and an ‘‘occasion of sin’’ for himself and others. But he resumed tweeting in January, according to his current Twitter account. 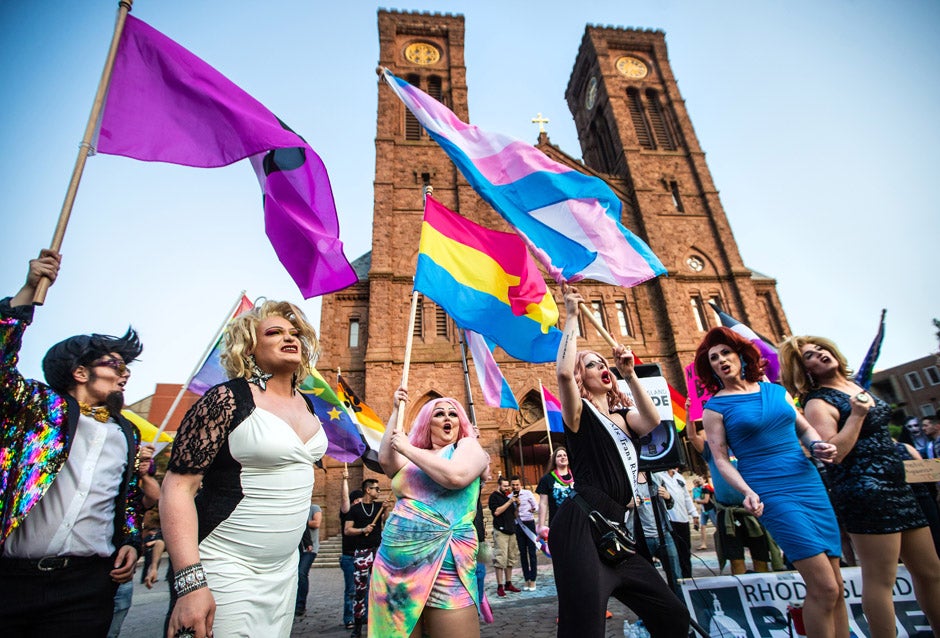 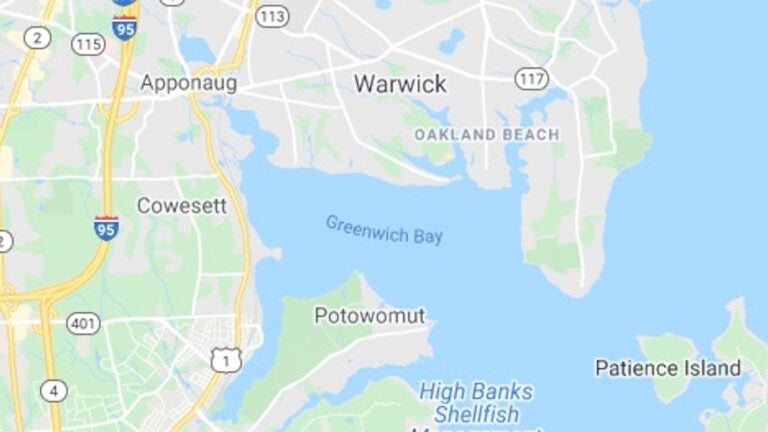