CONCORD, N.H. (AP) — The head of the Massachusetts motor vehicle division has resigned after her agency failed to terminate the commercial driving license of a man whose collision with a group of motorcyclists on a rural New Hampshire road left seven bikers dead.

Pollack said the arrest should have cost him his commercial driving license. As a result, she accepted the resignation of Erin Deveney.

Manny Ribeiro, who survived the crash, said the resignation was just one of many revelations about the driver that indicated the crash could have been prevented. But Ribeiro said it also felt ‘‘like someone was running around from the problem.’’

‘‘We just get to quit and walk away and that’s it,’’ Ribeiro said. ‘‘Story over. See you later until the next time it happens and then the next person steps down. This is what happens every single time.’’

Connecticut prosecutors said Zhukovskyy was arrested May 11 in a Walmart parking lot in East Windsor after failing a sobriety test. Zhukovskyy’s lawyer in that case, John O’Brien, said he denies being intoxicated and will fight the charge.

Zhukovskyy, a driver for a transport company who has a history of traffic arrests, was ordered Tuesday to remain in preventive detention, with a judge saying his driving record poses a potential danger to the public and himself.

The Dodge pickup Zhukovskyy was driving was towing a flatbed trailer and collided with the motorcycles in Randolph early Friday evening, investigators say. He was driving erratically and crossed the center line, according to criminal complaints released Tuesday.

A survivor of the crash said the trailer wiped out most of the bikers behind him.

Zhukovskyy was arrested Monday morning at his home in Massachusetts and handed over to New Hampshire authorities after a court appearance that day.

Jury selection is scheduled to begin Nov. 8, with the trial running through December.

Police in Texas told several media outlets that Zhukovskyy also crashed a tractor trailer in suburban Houston earlier this month. Zhukovskyy told police that he had been cut off, causing him to lose control of the truck. He was not charged.

Zhukovskyy was also arrested on a drunken driving charge in 2013 in Westfield, Massachusetts, state records show. He was placed on probation for one year and had his license suspended for 210 days, The Westfield News reported.

Zhukovskyy’s father, who goes by the same name, told the Boston Herald that his son is a Ukrainian national and has permanent resident status in the U.S. The younger Zhukovskyy’s court file includes a letter dated Sunday from a deportation officer from Immigration and Customs Enforcement requesting details on his 2017 heroin and cocaine convictions.

Records from the Federal Motor Carrier Safety Administration indicate that the company Zhukovskyy was driving for at the time of the motorcycle crash, Westfield Transport, has been cited for various violations in the past two years, MassLive.com reported.

Phones rang unanswered at the company. The owner has previously said he was cooperating with the investigation.

The crash victims were members or supporters of the Marine JarHeads, a New England motorcycle club that includes Marines and their spouses and ranged in age from 42 to 62. Four were from New Hampshire, two from Massachusetts and one from Rhode Island.

Ribeiro said he just remembers an ‘‘explosion’’ and the trailer from the truck wiping out most of the bikers behind him. The crash would not have been so deadly, he said, if not for the trailer.

After the crash, Ribeiro recalled seeing Zhukovskyy ‘‘screaming and running around’’ in the road before authorities arrived and took him away.

The first three funerals are schedule to be held on Friday with services for Ferazzi in Massachusetts, Pereira in Rhode Island and Oakes in New Hampshire. 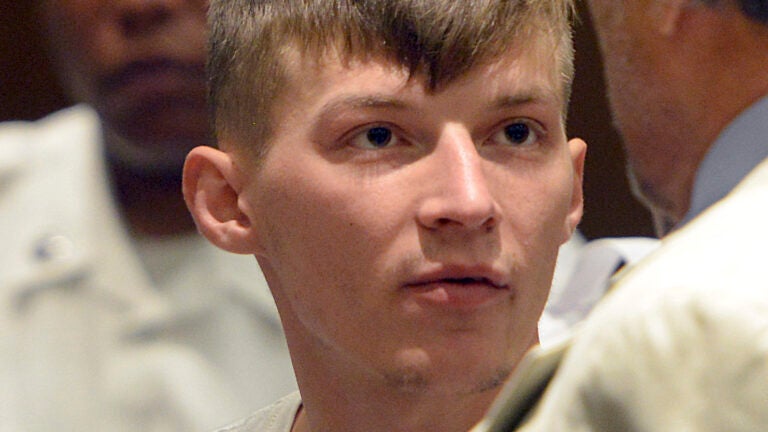