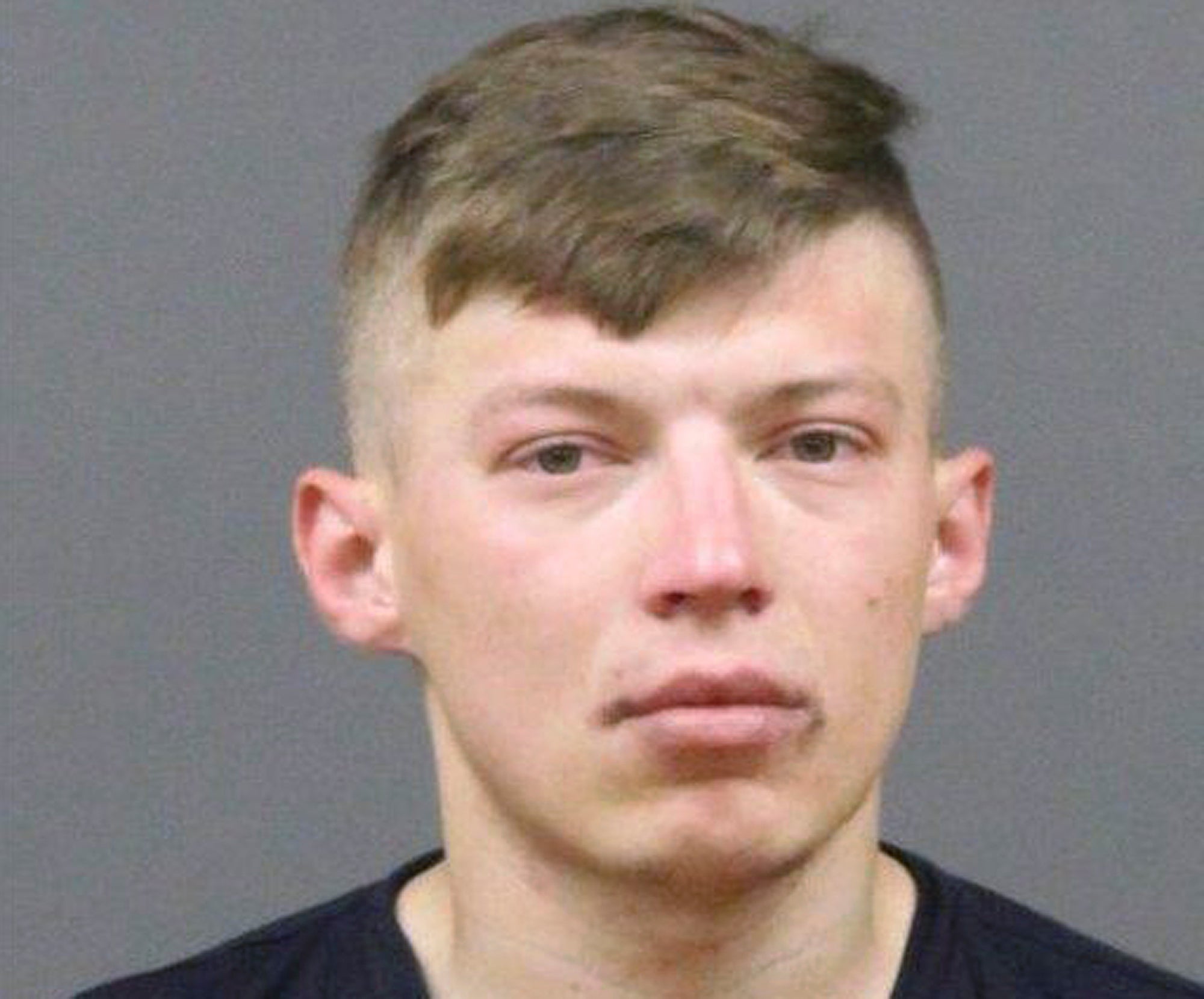 This May 11, 2019, booking photo released by the East Windsor Police Department shows Volodymyr Zhukovskyy, after he was arrested and charged with driving under the influence of drugs or alcohol in East Windsor, Connecticut.

The fiery crash between a pickup truck and a group of motorcycles on a rural New Hampshire road late last week left seven bikers dead and brought 23-year-old Volodymyr Zhukovskyy, the man authorities allege is responsible, behind bars.

Zhukovskyy, of West Springfield, Massachusetts, who faces seven counts of negligent homicide, was ordered held in preventive detention Tuesday after waiving arraignment in Coos County Superior Court. A not guilty plea was entered on his behalf.

Prosecutors allege on June 21, Zhukovskyy was driving erratically westbound on U.S. 2 in Randolph, New Hampshire, in a 2016 Dodge 2500 truck with an attached flatbed trailer when it crossed the double-yellow centerline and struck 10 bikers, killing most and injuring three.

As Jarheads MC, a close-knit biker club for Marine Corps veterans and their spouses, comes to terms with the devastating crash that took the lives of its members and supporters, Zhukovskyy’s extensive driving history has only spurred questions over how he was allowed behind the wheel that evening.

An employee of Springfield-based Westfield Transport, Zhukovskyy received a Class A commercial license last year. He was charged last month for operating under the influence in East Windsor, Connecticut, and refused a chemical test — a decision that should have cost him his license but ultimately did not, according to the Massachusetts Department of Transportation and Registry of Motor Vehicles. RMV Registrar Erin Deveney resigned Tuesday in light of the agency’s failure to act.

Here’s what we know about Zhukovskyy’s driving and criminal history:

— 2012: Zhukovskyy, then 16 years old, was charged with speeding, driving without a license, and negligent operation of a motor vehicle when police found him and another man in a car after it crashed into brush in West Springfield, The Boston Globe reports.

— June 15, 2013: Nearly three months after he received his Massachusetts license, Zhukovskyy, still a minor, was arrested for drunken driving.

Authorities said he struck a parked car, ran a stop sign, and then hit another vehicle in Westfield, adding that no one was injured, the Globe reports. In RMV records, he was listed as an “immediate threat,” WCVB reports. According to The Westfield News, Zhukovskyy was sentenced to one year of probation in January 2014.

“He was assessed $100, ordered to complete a Driver Alcohol Education Program at a cost of $567.22 and his license was suspended for 210 days,” the newspaper reported. “Charges of failure to stop or yield, possession of an open container of alcohol in a motor vehicle, leaving the scene of a property damage accident and being a person younger than the legal drinking age in possession of liquor were not prosecuted in consideration of the plea agreement.”

— 2013: Zhukovskyy was cited for an equipment violation, according to the Globe.

— December 2015: Zhukovskyy was arrested and charged with third-degree burglary in connection to the theft of several ladders and windows from a Home Depot warehouse in Connecticut, according to The Journal Inquirer of Manchester, Connecticut.

Zhukovskyy admitted to authorities that he and another person took the items in 2014 while he was working for a home improvement company, the newspaper reported. He later received a 90-day suspended jail sentence, according to the Globe.

— January 2017: After Zhukovskyy lost his wallet, a West Springfield gas station employee found it, along with heroin and cocaine inside of it, according to the Globe. Zhukovskyy was ultimately ordered to pay a $200 fine after he pleaded guilty to drug possession.

— Aug. 3, 2018: Zhukovskyy received a Class A license, or a CDL, allowing him to drive commercial vehicles, MassDOT and RMV officials said Tuesday. License holders must pass written and road exams, according to state requirements.

“Zhukovskyy’s driving history did not have the number and type of violations that would have disqualified him under state and federal law from obtaining a CDL in August 2018,” state officials said.

— February 2019: In Baytown, Texas, Zhukovskyy was charged with possession of drug paraphernalia, the Globe reports.

Baytown police Lt. Steve Dorris told the newspaper that authorities were called to a Denny’s restaurant along Interstate 10 early one morning after Zhukovskyy was reportedly acting strangely. During a pat down, authorities found Zhukovskyy had a crack pipe, Dorris said.

Zhukovskyy was also cited for a lane infraction sometime in February, according to the Globe.

— March 2019: Zhukovskyy was cited for an improper lane change in Iowa, according to WCVB.

— May 11, 2019: A month before the deadly New Hampshire crash, Zhukovskyy was seen “revving his truck engine and jumping around outside the vehicle” around 9:40 a.m. at a Walmart parking lot in East Windsor, Connecticut, according to a police report obtained by Boston.com Wednesday.

“The reporting party suspected that the man (Zhukovskyy) may have been under the influence of drugs,” authorities wrote in the report. “The truck was found parked and running in the parking lot near the grocery entrance of the store.”

Zhukovskyy was arrested based on field sobriety testing and charged with operating a motor vehicle under the influence of alcohol/drugs, according to the file. He was brought to Hartford Hospital for an evaluation after he was released on a $2,500 bond. The Associated Press reports Zhukovskyy denied the charge through his attorney.

According to MassDOT, Zhukovskyy also refused a chemical test — an action that warrants the automatic termination of his CDL. His OUI charge should have also triggered “a seven-day notification process for suspension of his non-commercial license,” Massachusetts officials said.

But a series of alleged missteps allowed Zhukovskyy to remain on the road, Massachusetts Secretary of Transportation Stephanie Pollack added in a statement Tuesday.

“To the RMV’s knowledge, Connecticut failed to provide sufficient information through the federal CDL system upon his May 11th OUI offense and refusal of a chemical test for the violations to automatically apply to his Massachusetts driving record,” the statement says. “(The) notification would have resulted in an immediate termination of his CDL.”

The Connecticut Department of Motor Vehicles sent information regarding the OUI charge to its Massachusetts counterpart through a separate, state-to-state messaging system on May 29, but it did not include “sufficient information” to automatically register the charge in Massachusetts records, according to MassDOT.

The RMV was then required to manually review the case, which it did not do as of June 23, officials said. A request for comment from the Connecticut DMV was not immediately returned Wednesday.

— June 3, 2019: In Baytown, Texas, Zhukovskyy was behind the wheel of a car carrier hauling five vehicles that rolled over on Interstate 10, near the Denny’s he was arrested at three months earlier, the Globe reports.

Dorris, the local police lieutenant, told the newspaper Zhukovskyy, who said a car cut him off prior to the incident, was uninjured and was not cited.

According to WCVB, Zhukovskyy was later fired from his job as a driver for FBI Express, Inc., in West Springfield.

— June 21, 2019: Zhukovskyy allegedly drove a Dodge pickup truck with an attached trailer and hit a group of 10 motorcyclists around 6:30 p.m. on U.S. 2 in Randolph, New Hampshire, killing seven bikers and injuring three.

— June 24, 2019: Zhukovskyy was arrested at his home in West Springfield on seven counts of negligent homicide related to the New Hampshire crash.

He waived extradition in Springfield District Court, was taken into custody by New Hampshire authorities, and, the next day, waived arraignment at a Lancaster, New Hampshire, courthouse where a not guilty plea was entered on his behalf.

U.S. Immigration and Customs Enforcement has also filed a detainer for Zhukovskyy, who is originally from Ukraine and recently received his green card, the Boston Herald reports. According to the Globe, Zhukovskyy has lived in the United States for about 13 years. 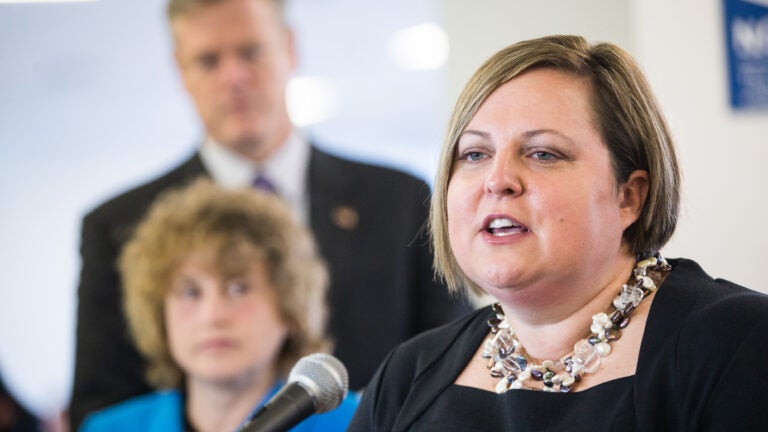