The Facebook page was designed as a space for residents of Billerica to report potholes to the municipality.

But in March, a different kind of comment was spotted on the town-sponsored page by town manager John Curran.

One that targeted his physical appearance.

The comment was quickly deleted by the town’s social media employee, but the impact of the message remained with the public servant it targeted.

“When I was a kid, I used to go through this — kids don’t don’t have a filter and they tend to say things that they don’t understand,” Curran told Boston.com of the treatment he experienced in his childhood. “I went through that as a young child, but, as I got older, that stuff for the most part was not as present. But then I just feel like as of late, over the last few years, it has grown — even for an adult like me. And it’s like, ‘What is going on? Why are people doing this?’ If they’re doing that as adults, then what happens to the kids who are on social media who don’t have the coping skills that an adult has that are being exposed to that type of torture or bullying or whatever you want to call it.”

Curran, who has previously served as mayor in Woburn and town administrator in Maynard, was born with Hemifacial Microsomia, a condition in which the lower half of one side of the face does not grow normally and is underdeveloped.

The 53-year-old decided to write about how that comment — and similar treatment he has been subjected to over the years — impacts him.

The result, an op-ed titled “I look different. That makes me a target online” was published last week by the Lowell Sun, with Curran garnering praise for his courage in speaking on the personal subject.

Everyone everywhere should read this. John Curran is a great public servant and an even better person. https://t.co/FvEauRrqpa

“I would like to say to any young people that are different and happen to read this not to despair. Your challenge will make you stronger, too.”

An outstanding example of courage & leadership in this op-ed from Billerica Town Manager John Curran.https://t.co/AzKUs11qtG

John Curran is the best. His story is a meaningful and poignant one. A good reminder of how we should treat every other and learn from one another…..especially today and everyday. #IndependenceDay2019 https://t.co/hiHba4hHwo

If you have a few minutes, please read this column written by the town manager in my town. A piece of me was worried publishing could exacerbate, rather than educate.
Wrong.
The outpouring from @SentandEnt and @lowellsunnews has been incredible.
Thanks.https://t.co/CpfWEAPIuC

The 53-year-old said he first thought about writing about his experiences a few years ago when he spoke at a press conference with the town’s fire department and negative comments about his physical appearance surfaced online afterward.

But Curran said he gave himself some time to think about it — until the March incident.

“I felt like I was in a position as a public servant to try to impact change in that area, given my own personal situation,” Curran said. “I thought that even though I wasn’t very comfortable talking about that issue, because it’s not something I generally like to talk about because I don’t define myself by that, but I thought people could benefit by me commenting about my experience and trying to educate people why there are consequences to what you say on social media. It just seems like people either don’t care or they don’t think about what they say when they type the words on a keyboard.”

In the piece, he decided to share his own coping mechanism, which he said is to “ignore” his appearance with the hope that others see beyond it.

Even though he knows that whenever he meets someone “there’s some level of shock” and question about his appearance, he said.

“If I think about that all the time, it’s going to be troubling to me, so I don’t think about that,” Curran said. “I just ignore it. By being comfortable in my own skin, I hope that other people become comfortable with me at the same time. But if people are making these comments online, it becomes more difficult for me to do that. Because you have to train yourself to do these things. Everybody has coping skills for whatever they have. When they make those comments, they don’t know, they don’t know what my challenge is, they don’t understand that. They obviously don’t care, so they don’t think about what they’re doing.”

Encountering hurtful and negative comments about his appearance online, he wrote in his piece, forces him to “reset [his] compass,” which takes time.

The Woburn native said it appears to him that the level of discourse on social media — and in general — has significantly degraded in the last few years. With social media, he said, people have become detached from one another.

“I think that these things are becoming amplified,” Curran said. “People’s lack of empathy or apathy has just really grown.”

He said he was lucky to have incredibly supportive parents and siblings, and he’s grateful he didn’t have to grow up with social media.

That’s one of the reasons why Curran’s especially concerned for kids, who might be like him, who may be facing bullying on social media. He said he knows it may seem like the end of the world, but he knows that what he faced in his own childhood made him a stronger and more empathetic person.

The bullying is just “one snapshot in time,” the town administrator said.

Curran said he’s heard from parents around the country whose children have Hemifacial Microsomia or similar conditions, thanking him for stepping forward to share his experience.

“I just thought it was an opportunity for me to use my experience and my platform to try to educate people on the impact of negative comments on social media and to try and give young kids some hope that if you’re being exposed to that, it’s not the end of the world,” he said. “It will make you stronger in the end — and treat it that way. Don’t let people like that beat you, because they have probably problems many times bigger than you do if they’re doing that kind of stuff online.”

Read his piece at Sun. 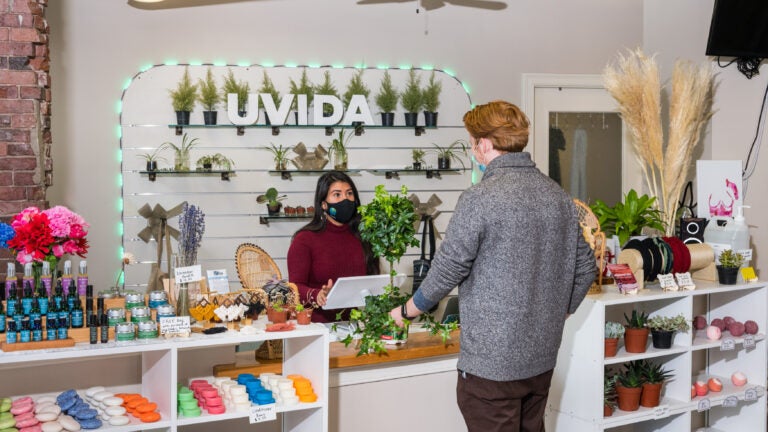