The danger of Eastern equine encephalitis being spread by mosquitoes in a section of Southeastern Massachusetts has risen to a level that will require aerial insecticide spraying this week.

The state Department of Public Health has designated 20 communities as high risk. Spraying will occur in targeted areas in Bristol and Plymouth counties beginning Thursday, authorities said. EEE has been found in 164 samples this year, about half from species of mosquito capable of spreading the virus to people.

No human or animal cases of EEE have been detected so far in Massachusetts this year. The last human case in the state occurred in 2013.

Here is what you need to know about Eastern equine encephalitis.

It is a serious and potentially fatal disease that can be spread from mosquitoes to other animals and humans. Those under the age of 15 are particularly at risk, according to the Department of Public Health.

However, a high risk of the occurrence of human cases is present this year, the Department of Public Health said. This is because there are an abundance of infected mammal-biting mosquitoes, and environmental conditions are optimal for mosquito breeding.

State officials say the month of August is when the chance of infection from the virus peaks.

What are the Mass. communities at risk?

What will the spraying involve?

The insecticide Anvil 10+10 will be sprayed from an airplane for several days from dusk until midnight, officials said.

Anvil 10+10 is made from sumithrin, a chemical that is used to kill mosquitoes and rapidly decomposes and deactivates when exposed to light and air, officials said. Piperonyl butoxide is also used in Anvil 10+10 to enhance the sumithrin.

The aerosol droplets from the spray kill mosquitoes on contact in the air. It is registered by the US Environmental Protection Agency and used regularly in 10 other states, the Department of Public Health said.

The EPA says sumithrin can be used for mosquito-control programs without posing unreasonable risks to human health when applied according to the label. It will not affect the water supply and will be sprayed at night when bees are most likely to be in their hives and fish are least likely to be near the surface of pools, state officials said. Still, residents can choose to reduce exposure by staying indoors, keeping pets inside, and covering outdoor fish ponds, officials said.

The schedule and length of the aerial sprayings is dependent on the weather and the insecticide’s effectiveness. The Department of Public Health and Department of Agricultural Resources are encouraging residents to check the Massachusetts government’s website for updates.

What areas are in the spray zone?

How can we avoid mosquito bites?

Residents in the affected areas can protect themselves by staying inside from dusk to dawn, the peak mosquito hours, applying insect repellent, repairing screens in doors and windows, protecting pets, and draining standing water, officials said. 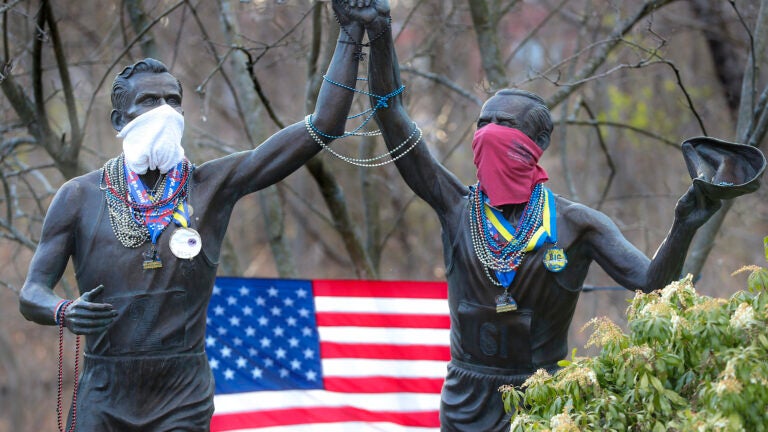 Headed to watch or run in the Boston Marathon? Here’s what doctors say you should know about your risk of COVID-19.