NEW YORK (AP) — Just a week after announcing its $1.4 billion acquisition of Gannett , GateHouse Media was again laying off journalists and other workers at its newspapers, possibly foreshadowing the future awaiting employees of what will become the largest U.S. newspaper company.

GateHouse and Gannett say the merger will allow GateHouse to accelerate its newspapers’ move to digital while paying down huge sums GateHouse borrowed in order to fund the acquisition. But it’s unclear exactly how it will make that happen.

Last week, more than two dozen newsroom employees and other workers were reportedly laid off at 10 newspapers, from Providence, Rhode Island, to Brockton, Massachusetts, to Oklahoma City. The Associated Press confirmed several of these layoffs with the affected employees, others in their newsrooms or union representatives. GateHouse did not announce the workforce reductions, and neither the company nor its owner, New Media, had any comment for this story.

Gannett also declined to comment, but pointed to previous public statements by New Media CEO Mike Reed in which he said the merged company would “not only preserve but actually enhance quality journalism.”

The latest layoffs may not be directly related to the merger. GateHouse also reportedly laid off dozens of employees in May and this winter. Its earnings reports show that revenue is declining when the impact of acquisitions is stripped out.

Further newsroom cuts show that “GateHouse doesn’t have a vision for growing revenue, only cutting costs,” charged Andrew Pantazi, a reporter at the Florida Times-Union, a GateHouse paper in Jacksonville, Florida, and the head of a union chapter there. “Eventually they’ll run out of costs to cut.”

Many in the newsrooms and the communities that depend on those newspapers are mourning the changes wrought by previous GateHouse cuts and bracing for more. Others, noting that both readers and advertisers have been deserting newspapers for more than a decade, argue that being part of a larger chain is the only route to survival for smaller papers often still struggling to migrate their publications online.

Over the past 15 years, GateHouse has closed five daily newspapers and closed or merged dozens of weeklies, according to “The Expanding News Desert ,” a University of North Carolina study on the state of the local news coverage.

GateHouse, whose leadership includes current and former Associated Press board members, is trying to reassure employees and investors. It says that bringing together the two companies will lead to about $300 million in annual cost cuts, and promises multiple sources of digital revenue to sustain the combined company and continue its commitment to quality journalism.

Some argue that such consolidation is key to saving local journalism, which also competes for people’s attention with TV and Facebook. “They’re ultimately giving support to hundreds of individual publications that wouldn’t have a chance of standing on their own,” said David Chavern, CEO of the news publisher trade group News Media Alliance.

But first, GateHouse has to pay down debt, including $1.8 billion borrowed from private equity firm Apollo at a high interest rate to get the Gannett deal done. It has also promised to continue a shareholder dividend and said it expects that to rise.

GateHouse has lagged competitors in adapting to a post-print world. Digital business accounts for just 12% of its revenue, compared to 36% for Gannett. Such digital revenue includes online subscriptions and ads on newspaper websites as well as income from separate businesses such as online marketing and productivity tools for small companies.

While the company says it will invest in digital, such investments will probably be in the new lines of business, not necessarily in its newsrooms, said Reed Phillips, managing partner at investment bank Oaklins DeSilva + Phillips.

“The trendline for newspapers is continuing erosion of revenues,” he said, which will probably lead to additional newsroom cuts.

While a few national publications like the Jeff Bezos-owned Washington Post, the New York Times and the Wall Street Journal have successful online operations, the situation is very different at smaller local papers across the country.

After GateHouse buys a newspaper, cost cuts typically follow. Functions like page design and copy editing are shifted to remote hubs that handle the work for several newspapers. (Other newspaper chains also have hubs for editing and page design.) Critics say media companies backed by financial firms, like GateHouse, are especially aggressive about closing or selling off newspapers in decline.

The Worcester Telegram & Gazette, which has been publishing in Massachusetts’ second-largest city since 1866, has been through four owners in the past decade, including GateHouse, which purchased it in early 2015.

Overall, the newsroom has shrunk to 25 reporters, copy editors and photographers from 47 during its four years under GateHouse, said Rick Eggleston, a copy editor and head of the local union. “The mantra at GateHouse is doing more with less.”

Having fewer reporters from outside Boston asking questions of state officials “hurts the rest of the state,” said Tim Murray, president of the Worcester chamber of commerce and a former lieutenant governor of the state. “It’s hard to hold people accountable.”

Despite the cost-cutting, GateHouse newspapers are striving to engage readers who increasingly get news on their phones. The Cape Cod Times in Hyannis, Massachusetts, and the Columbus Dispatch in Ohio were cited among “10 Newspapers That Do It Right ” by the media trade publication Editor & Publisher, which cited innovative digital projects that have boosted readership.

The Cape Cod paper, for example, launched a program that invited readers to submit suggestions for investigative stories. Similarly, The Fayetteville Observer in North Carolina started a new feature that invites readers to answer a topical question it posts each Sunday.

But the Observer, acquired by GateHouse in 2016, has struggled. Buyouts followed the acquisition, and last week GateHouse eliminated the job of the newspaper’s publisher, assigning that responsibility to an executive who already oversees four other North Carolina papers.

The Cape Cod newspaper, meanwhile, laid off courthouse reporter Wheeler Cowperthwaite last week. Cowperthwaite said GateHouse offered him just $400 in severance – which, had he accepted, would have barred him from applying for work at GateHouse newspapers for two years.

He turned it down. 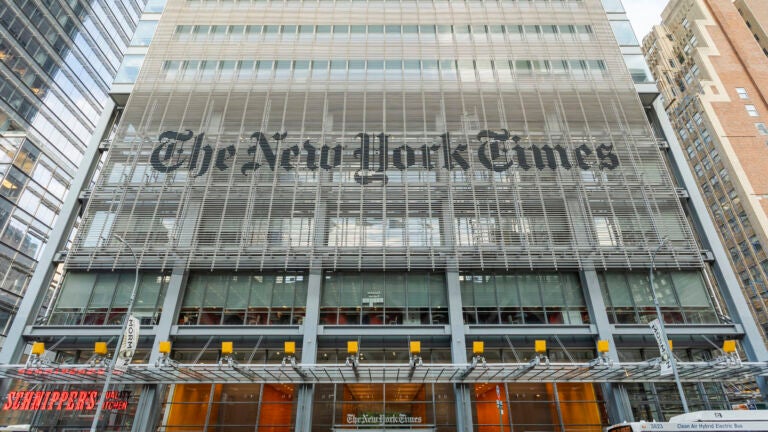