Duran helped to deliver the shocking news that David Ortiz, a beloved national figure and Major League Baseball luminary shot down in a popular nightclub, had been targeted by a hit squad that put a $7,800 bounty on his head.

Some 18 days later, Duran introduced at a news conference an entirely different story: of a befuddled gunman hired by a suspected drug lord who mistook Ortiz for the intended mark, a close friend of the retired slugger who looks almost nothing like him.

The revised account by Duran and the Dominican government put to rest — at least officially — further questions about why anyone would want to hurt Ortiz.

Left unspoken was that Duran, a top government official and the public face of the National Police, quietly holds a second job. For more than a decade, he has been on the payroll of Major League Baseball, one of three high-ranking Dominican law enforcement officials employed as MLB resident security agents.

They are baseball commissioner Rob Manfred’s eyes and ears in the Dominican Republic — a vital link between the multibillion-dollar American sports enterprise and a scandal-ridden government in a land where boys with baseball dreams have long been exploited.

The arrangement, at least to the few who have known of it, raises questions about Duran’s loyalties at a time when the police’s shifting accounts of the near-fatal June 9 shooting of Ortiz have been met with widespread skepticism. And security specialists who have worked in the Dominican Republic said the close ties with MLB inevitably raise questions about the objectivity of police officials.

“To Major League Baseball, image is everything,’’ said Duran’s former MLB boss, Thomas Reilly, who retired last year as the organization’s senior manager of security operations in Latin America. “A lot of stuff has been swept under the rug there, and it wouldn’t surprise me at all if this is another one.’’

Distrust of the government runs deep in the Dominican Republic. So does MLB’s influence.

“If MLB asks the government for a favor, they will likely do it,’’ said Daniel Pou, an independent public security consultant in the Dominican Republic who has helped train the national police.

An MLB spokesman said the organization has played no role in the investigation of the Ortiz shooting because it’s an off-field matter involving a former player. The spokesman said MLB also contracts with a rank-and-file officer in the national police and a member of the republic’s military, and noted that its current security agents were not necessarily high-ranking officials when they were hired years ago.

The Globe found no evidence Major League Baseball has exerted any improper influence on the Ortiz investigation.

Duran is among the highest-ranking officers in the national police. But while representing police and commenting publicly on cases involving MLB players, he has not publicly disclosed his MLB employment. In an interview earlier in August in his office at national police headquarters, he acknowledged his dual role but downplayed any potential conflicts.

He steadfastly defended the integrity of the department’s Ortiz inquiry. He said he has regularly briefed the MLB commissioner’s office on the case.

“I have kept them informed of the entire situation,’’ Duran told the Globe. “They were very worried.’’

Ortiz, 43, who was shot in the back at close range and nearly died from traumatic injuries, was released in late July from the hospital and has been recuperating at his home outside Boston.

The Dominican police have detained 14 suspects in the shooting and are seeking another, Luis Alfredo Rivas Clase, who is known as “The Surgeon.’’

Duran said he has known Ortiz for many years because they hail from the same barrio.

But Ortiz, through a spokesman, said he does not recall ever meeting Duran, though he said the police official looks vaguely familiar.

After retiring in 2016, Ortiz began serving as a paid special assistant for the Red Sox and is listed on the team’s website as a front office executive staff member. He has regularly appeared as a television analyst for Fox Sports, an MLB rights holder. (The principal owner of the Red Sox, John W. Henry, is also owner and publisher of The Boston Globe. The team also employs security agents.)

A developing nation, the Dominican Republic has long leaned on Major League Baseball’s hefty investment in the country. All 30 teams built academies there and employ countless staffers from nearby communities. Dominican baseball players also earn hundreds of millions of dollars annually, much of which gets cycled into the nation’s struggling economy.

For MLB, the advantage in hiring top Dominican police officials, including Duran and a recently retired national police general, has been that “it has given us a lot of access to the government, which otherwise would be very hard to do,’’ said Reilly, who worked as a public corruption investigator for the FBI before he became MLB’s manager of investigations for Latin America in 2006.

For his part, Duran has assisted MLB investigators looking into allegations of improprieties involving teenage prospects, their handlers, and team scouts, according to Reilly and former MLB investigator Eddie Dominguez. They said he also has helped investigate crimes committed by and against major league players in the Dominican Republic.

An MLB spokesman disputed those assertions, saying Duran “has never worked on an investigation for us.’’

Duran said he is barred by MLB from discussing MLB’s business. But he said he would never subvert justice on the slugger’s behalf.

Duran told the Globe he was as stunned as many others when the initial evidence suggested Ortiz had been targeted. He said Ortiz is the only major leaguer who comfortably circulated in the country’s most dangerous barrios without security — and without incident, until the shooting — because he is so treasured.

“David is a soul from God,’’ Duran said. After he was shot, “all of the churches that week, all of them, prayed for David.’’

The huge investment by the MLB in the Dominican has been repaid many times over in talent. The first native Dominican to play in the big leagues, Ozzie Virgil, took the field in 1956. Since then, more than 700 Dominicans have played in the major leagues and thousands more have earned paychecks in the minor leagues.

This season, more than one in nine major leaguers on Opening Day rosters — 102 in all — were Dominican, the most ever. If any fear returning to their homeland because of the Ortiz shooting, Duran said, they should know they will continue to be treated with respect — if not Ortiz-level reverence — and can be assured every measure will be taken for their safety.

When players occasionally find themselves in trouble with the law in the Dominican Republic, Duran may get involved. In one case, Duran, who has served since 2017 as director of strategic communications for the national police, found himself front and center of another controversial case.

Late one night in October 2018, Minnesota Twins third baseman Miguel Sano, an American League All-Star, drove into a police officer and broke his leg outside a nightclub in San Pedro de Macoris, a police report stated.

Sano, who allegedly was driving an unregistered truck and operating without proper identification, was briefly taken into custody, then released when he agreed to appear in court the next day.

Within 24 hours, Sano was free of any serious allegations. Duran told the Associated Press at the time that the injured officer would not press charges because he believed “it was an involuntary accident, not intentional.’’

Duran said the officer, who suffered multiple fractures, was driven to the hospital by Sano. The baseball star could settle the legal matter, Duran said, by paying a traffic fine and pledging to compensate the officer — a practice that is legal under Dominican law.

Reilly said he knows of several MLB players alleged to have committed crimes in the Dominican Republic who paid between $50,000 and $100,000 to avoid charges.

Ortiz, meanwhile, has not shied from decrying corruption in his native land. In 2016, the nation’s top antinarcotics official, two prosecutors, a mayor, and numerous Army members were imprisoned for stealing a ton of cocaine after a drug raid.

“My country, unfortunately, became a Caribbean bridge for drug trafficking,’’ Ortiz wrote in his 2017 book, “Papi: My Story.’’

“There were billions of dollars in drug transactions, which led to some dark, depressing and corrupt tales in the Dominican. It had a devastating effect on the culture then, and it’s still a huge problem.’’

Investigations into baseball-related crimes on the island have also involved US law enforcement.

In recent months, US prosecutors have presented evidence to a grand jury in Washington about possible illegal international player signings by MLB teams in the Dominican Republic and other countries, according to media reports. The investigation reportedly is focused on the Atlanta Braves and Los Angeles Dodgers.

And, two years ago, baseball agent Bart Hernandez and trainer Julio Estrada were convicted in a US federal court of smuggling Cuban players through the Dominican Republic to Haiti and Mexico, where they could establish residency and sign with MLB teams.

Hernandez testified at trial that a Dominican lawyer told him he could pay Dominican police some $500,000 to drop charges they had filed against six of Hernandez’s players. Hernandez said he declined.

Corruption in the Dominican Republic caught up with MLB itself in 2013 when three Chicago White Sox scouting officials went to prison for pocketing more than $500,000 in kickbacks from the signing bonuses of young prospects from 2005 to 2008. During the scandal, numerous MLB teams, including the New York Yankees and Washington Nationals, fired executives or scouts amid allegations they also had taken kickbacks or sanctioned age or identity fraud by Dominican boys.

The Red Sox also fired their Dominican scouting supervisor, Pablo Lantigua, in 2008 over alleged kickbacks. A coach in Santo Domingo told the Globe that he gave Lantigua a $300 gift after the Red Sox signed one of his players, Engel Beltre, for $600,000.

It wasn’t the first or last impropriety involving young Dominicans who have signed MLB contracts. Lantigua told the Globe he did indeed take a gift from a coach. In a land of uneven justice, he described himself as an “unlucky one’’ who got caught. 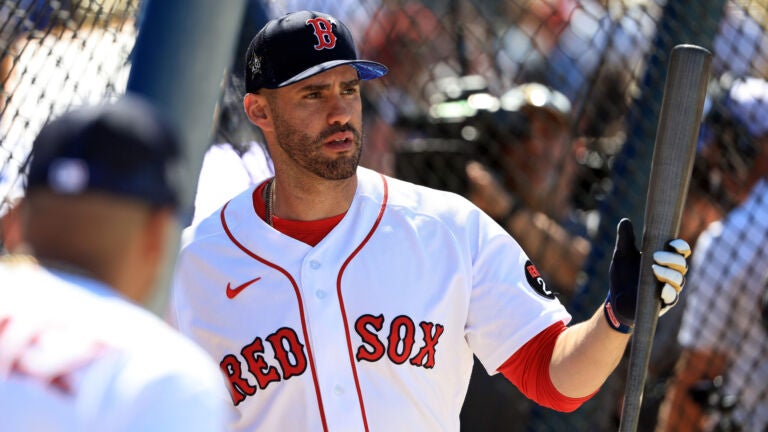